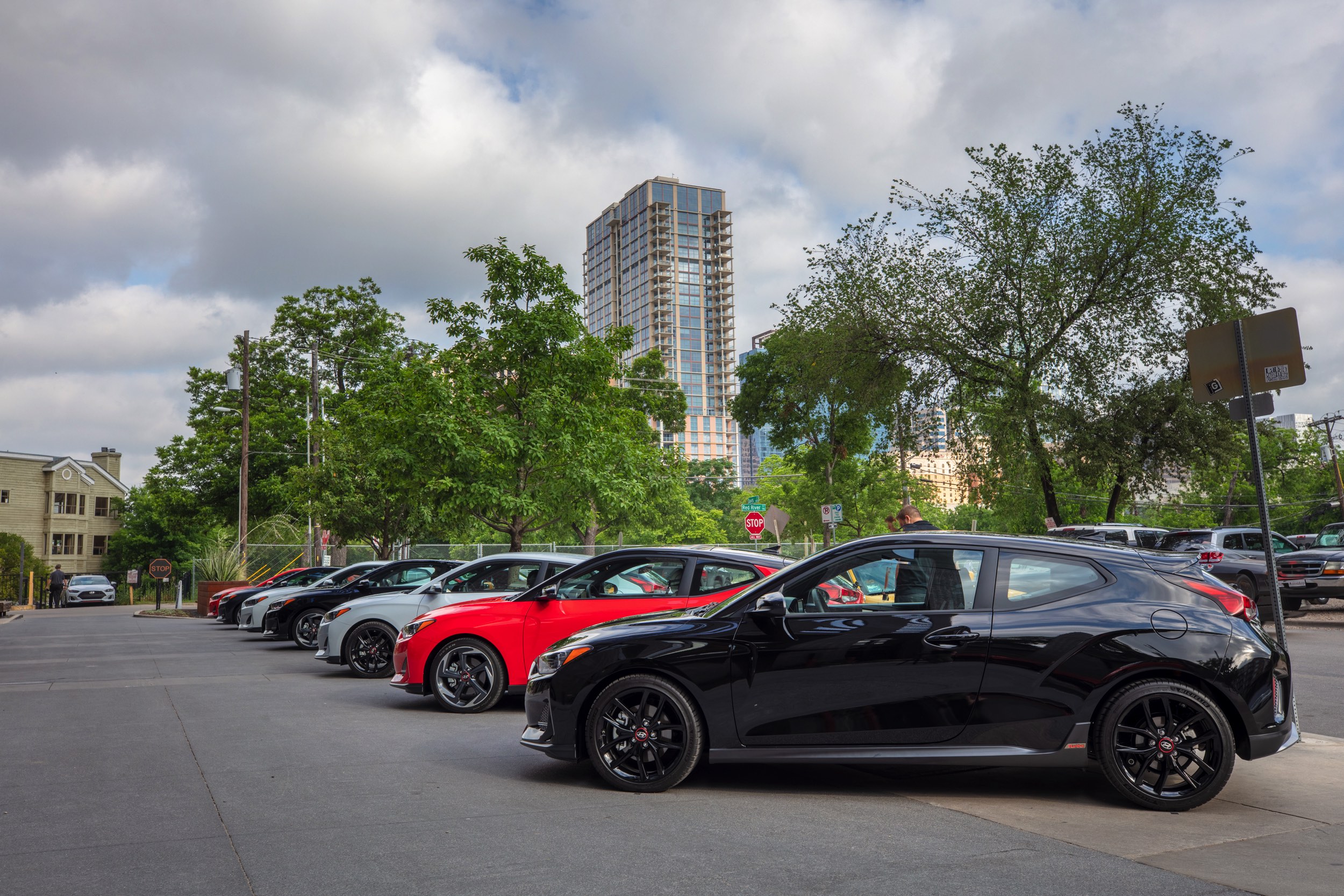 The Veloster is a small, sleek, quirky, 3-door (if you don’t count the rear hatch), entry-level offering aimed at capturing the hearts, minds and imagination of young buyers (along with their wallets), and – hopefully – their future buying aspirations as well.

In other words, Hyundai is aiming for cool in the short run and brand loyalty in the long run. And it’s the dream of every vehicle manufacturer, not just Hyundai. Can Hyundai make that dream come true? Only time – and its product portfolio – will tell.

And that’s the point, or at least one of the points, according to Hyundai. The quirky look of the car gets you thinking Hyundai, past, present and future. The Veloster isn’t the car you will necessarily be driving five or ten years down the road. No kidding. Because five or ten years down the road you’re probably going to want/need something larger. But for today, it will do the job just fine.

THE SETTING: By day, Austin’s Rainey Street District gets ready for night. Just getting through the beer, alcohol and food supply delivery trucks on the narrow streets is a challenge for most drivers. Add pedestrians, bicyclists, skateboarders and (soon) the return of those ubiquitous little electric powered rental scooters from the likes of Lime and Bird, and you’re looking at a street scene straight out of Mexico City or Madrid. In fact, you could easily live in this corner of Austin and never need or own a car. Because all those food trailers, bars and trendy restaurants located in old converted homes are juxtaposed with high-rise residential towers, catering largely to what Hyundai hopes are its potential buyers.

And they’re probably right about that last part. Looking out the tenth floor window of my hotel room revealed the hotel’s swimming pool, with its guests of various ages, few of whom were of millennial age. And there was the condo next door and its swimming pool, where no one appeared to be older than 20-something. To be fair, enough millennials found their way to the hotel’s happy hour in the lobby; my dB meter scored 90+ from the animated conversation alone.

THE DRIVE (part one): The drive route was 147 miles total, including morning and afternoon sections. The temperatures were in the 90s by lunchtime. (Hey! This is Texas.) And we drove roads city, and not so city, with a few country sweepers on the side, and a time or two when the corners got tight. A good mix for the Veloster.

Leaving the Hotel Van Zandt, where Hyundai had headquartered their media launch, was easy. Out the driveway, turn right, and shoot straight down the street to a traffic light. Turn right again. At which point we stopped – of course – because it’s Austin. Austin really has only one road through town, Interstate 35, and we needed to use it. Along with everyone else, of course, except those that had already used it before us.

So we headed up the Interstate, passing downtown high rises that didn’t exist 10 years ago, and worked our way through the expanding urban core of Austin, while heading out toward the adjacent city of Cedar Park, and eventually, the edge of the Texas Hill Country.

The morning half of the drive was a constant reminder that Austin has changed a lot recently. Country roads, largely free of vehicle traffic only a few years ago, are now occupied throughout the day with local urban and suburban drivers. Getting that clear shot of roadway ahead to open up the Veloster was nearly impossible.

Nonetheless, the Veloster provided a decent ride, comfortable, lots of fun, and a vision into the probable future of motoring, at least in areas surrounding the urban cores of America. Traffic is not going to get better anytime soon. You can still find those winding country roads – you’re just not going to be alone when using them. Bottom line: the morning half of the drive brought out the benefits of driving a small sporty car equipped with an automatic transmission, especially one that can be driven “manually”, albeit without the fun – and engagement – of a clutch.

WE EAT BBQ FOR LUNCH: I had to mention this. I won’t go into it beyond the fact that we ate at the County Line, one of my favorite BBQ restaurants, and one that is not new or trendy. The food was excellent. The service staff good. The turtles in the adjacent lake entertaining. The venue itself, relaxing and beautiful. We ate from a buffet, piling all kinds of BBQ this and that, with sides of beans, potato salad and cole slaw, while rehydrating with vats of iced tea. Finally, we polished everything off with pecan pie or peach cobbler and Blue Bell ice cream. It’s a wonder they didn’t have to wake us up, just to get us back into the cars. 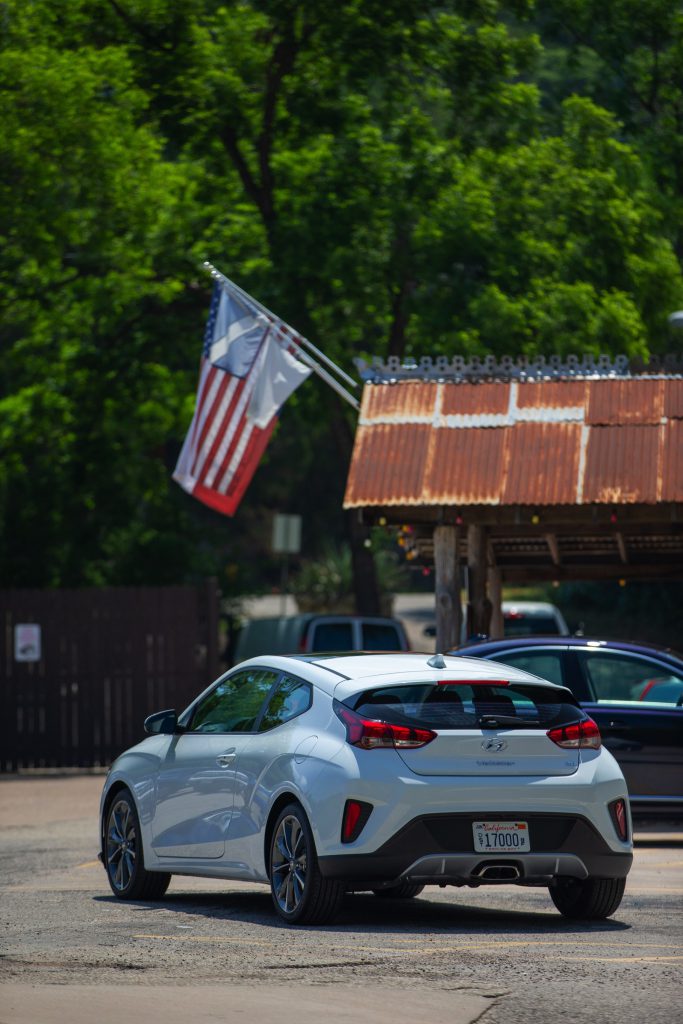 THE DRIVE (part deux): Finding myself assigned an automatic again after lunch, I quickly grabbed one of my favorite driving partners, fellow journalist Peter Hubbard, and we scrounged up a manual version of the Veloster to drive. Automatic transmissions aren’t my thing. Of the seven vehicles we have, only the Vespa 250 has an automatic transmission.

While this Veloster was not as upscale a version as what I had driven in the morning, it had six forward speeds that required your full attention, both feet, and one hand on the steering wheel while the other hand rested comfortably on the shift knob, ready and willing to go to work.

Now. We’re. Driving! While the morning drive route contained a large section of the same roads, just driven in opposite directions, the afternoon section began on the outskirts of Austin, and progressed through a series of roads worthy of driving just for the sheer fun of driving. It was interspersed, of course, with busy roadways again.

How was the Veloster on the backroads? Is it a Porsche 911 in disguise? No. Not even close. But (see basic price here!) it’s a worthy candidate to take you and your significant other for a ride on a Sunday. Or anytime, really. And it’s cute. You can even fit a toddler or two into the back seat of this tri-door.

We finished the day’s drive with yet another stretch of busy roadways, and another section of Interstate 35, once again heading north. But this time heading into Austin from the south. As expected, traffic came to a crawl if not a complete stop, as we approached the river. Fortunately, we were able to avoid the traffic stoppage for the most part. And let’s face it, the Veloster is an urban vehicle. These are the typical driving conditions where owners will likely find themselves.

So there it is. The Hyundai Veloster. A CITY car and a ROAD car. Quirky. Easy to drive in the urban. Easy to drive in the wild. Easy to park anywhere. Easy on the wallet as well. Unless of course, you opt to spec it out to the max, in which case, it could set you back over $28,000. But you get a lot of bells and whistles for that kind of Bitcoin. 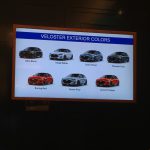 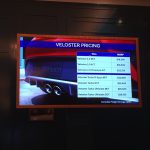 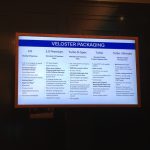 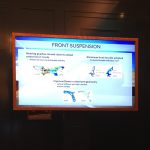 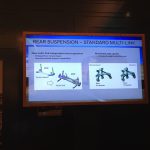 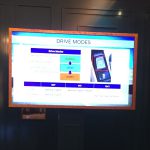 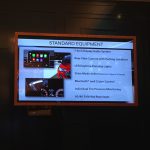 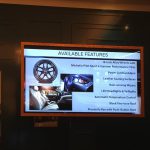 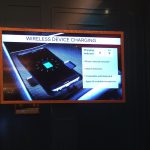 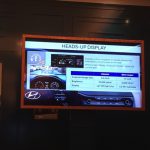 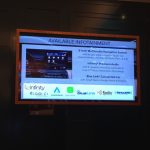 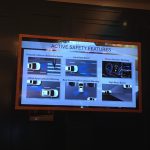 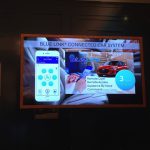 FORD’S F-150 DIESEL SUPERCAB 4X2: We have ignition…by compression
Toyota’s Prius Three Touring – Where were you at 52*
Event Calendar