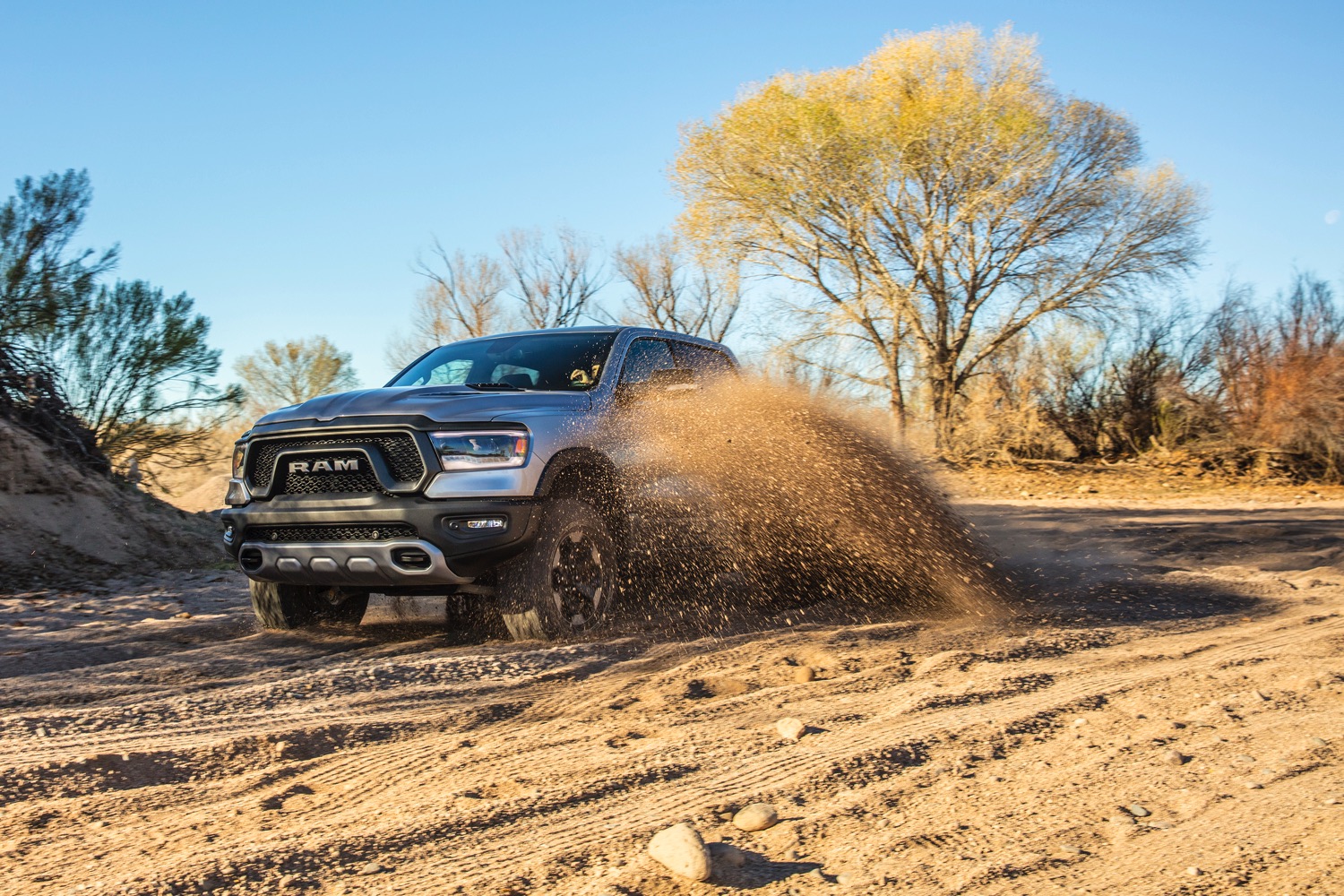 Not long after FCA CEO Sergio Marchione provided the world’s financial media with a 5-year plan for Fiat Chrysler’s sustained growth (even if ‘Fiat’ and ‘Chrysler’ play constricted roles in that growth), a group of DC-area journalists gathered to examine the all-new Ram 1500 lineup for, as we’d suggest if we were in Truck Country, ourownselves. Of course, DC-area journalists aren’t in Truck Country, but a casual observer can see it from there.

FCA’s Ram, since its debut as a stand-alone franchise in 2009, has been firing on all cylinders, whether the cylinders are arranged as a V6 or (Hemi) V8. And this is in spite of the financial downturn that rocked the country – and the industry – for the division’s first few years. That success has been based, in large part, on Ram’s differentiation from the rest of the industry. From its ‘big truck’ persona to added value in its packaging or – of course – deep discounts in an industry swimming in the deep discount, Ram volume has grown to the point that it could knock off Chevy’s Silverado in the perennial sales race.

Ram execs back up the ‘all-new’ descriptive with a lot that is, well, all new. And that ‘new’ begins with its face. Peterbilt is gone, and while the new fascia won’t evoke a Plymouth, know that in most trims this is a more generic look. The exception is the Rebel, made available for a short drive. That trim continues to supply a ‘Ram Tough’ visage missing from some of the upper trim levels. But in Quad Cab form that tough look was accompanied by a $69K window sticker.

As most of America grows in size (just as one example, compare our current president with Obama when both wear knit shirts on the golf course), so does the Ram. In any trim it is lighter, longer and wider, with overall cab length increasing by four inches. And that greater size provides a more spacious interior, with – as the press release purports – ‘new, authentic premium materials, colors and textures’. And that alone will narrow the perceived quality between the Ram of the past relative to its Ford or GM competition.

Under the hood – at present – a buyer has his or her choice of either a standard 3.6 liter V6 or 5.7 liter Hemi, both of which are combined with FCA’s eTorque mild hybrid system. The system combines a belt-drive motor generator with a 48-volt battery pack to enable start/stop function while supplying short-term torque assist. The end result – at least numerically – is up to 90 lb-ft of additional torque for the V6, and up to 130 lb-ft of more torque for the Hemi V8, along with – of course – improved efficiency.

Pricing remains competitive with the segment. Base is just over $30K for a work-specific Tradesman, while a Limited crew cab can brush $60K – and that’s before any factory options of dealer-installed accessories. But then, the $60K pickup isn’t new; regrettably, neither is 84-month financing.

Our drive route was abbreviated, given the time window we had and the number of other journalists wanting to drive. Initial impressions suggest improved quality inside (along with more room), a better ride and improved responsiveness. We continue to wish full-size trucks weren’t so fully sized, but then, it’s doubtful a tax on a vehicle’s swollen footprint would get through this (or any) Congress.

Within Sergio’s 5-year plan is a midsize Ram. That – in this observer’s view from a DC-area perspective – is the one to wait for. But if you’re reading this in Midland, Odessa or El Paso…shop ‘til you drop.