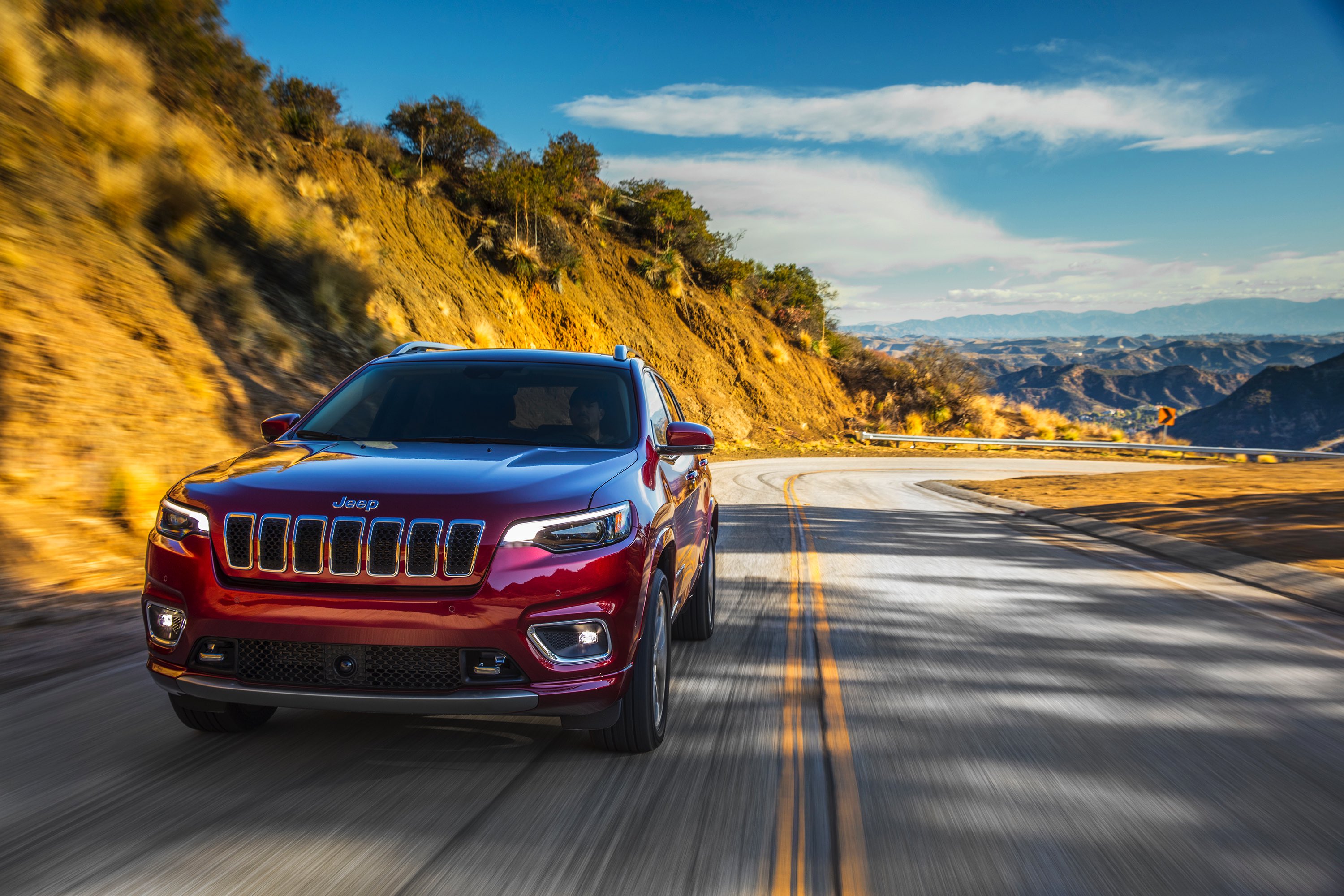 To Jeep loyalists, numbering (as of last week) in the millions, Jeeps are anachronistic – you know, chronologically out of place. Born in the U.S., with war – but not yet a World War – raging in both Europe and Asia, what became known as the Jeep took minimalism almost as far as a conveyance with four wheels and a body could be taken. Given their lightness and compact dimensions, Jeeps could be dropped from airplanes or carried in troop carriers. And they – and almost all of their successors – would be recognizable only as Jeeps. Today’s Jeep Cherokee, now assembled in Belvidere, Illinois, takes a different path. And in the preponderance of driveways where it makes its appearance, those driveways are paved.

The Cherokee nameplate was first given to a Wagoneer spinoff in the early ‘70s, just in time for the first OPEC crisis to render almost irrelevant anything guilty of consuming gas – and that first Cherokee consumed gas. By the time the 2nd-gen Cherokee was launched for the ’84 model year, the Cherokee was smaller and more relevant, while gas prices were lower and more sustainable. My wife and I had an ’87 Cherokee with two-wheel drive (it was Dallas), and the inline six connected to a manual transmission; we should have held onto it. With its two-box profile and generous greenhouse, it was exactly what you’d expect of a Jeep if you weren’t dropping it from a cargo plane. And with a small footprint and four liters of lightly-stressed six, it did an admirable job of getting you out and about and – equally important – back again.

In between the 2nd gen Cherokee and the current iteration are two Libertys; both were sold overseas as Cherokees, where consumers aren’t subjected to ‘Redskin’ in the NFC East. In its 5th generation, again called Cherokee, Chrysler’s design team elected to take the upright look of our ’87 and shred it. Opting for a front-wheel-drive platform that increased the front overhang, and reducing the greenhouse to the point that to see outside you almost need to step outside, this newest Cherokee doesn’t so much speak to the hear and now, but rather, the unforeseeable future…you know, the one where a reality TV star is elected president.

With sheetmetal that, at first blush, was polarizing, I had grown to like the Cherokee’s in-your-face face, especially when sold in the offroad-specific Trailhawk guise. I still think the more pedestrian-oriented 4X2 Cherokees have no place in a civilized society; they’re entirely too civilized. But give me one that’s slightly lifted, with dual-purpose rubber that speaks to your own duality, and I think Jeep and its customers have a winner. Or I thought they had a winner…

In its refresh for 2019, the FCA design team decided to dial back the ‘love-it-or-hate-it’ theme populating the 2014 thru 2018 models. So, with an all-new front fascia we’ve gone from love it/hate it to a moderate level of boredom. This isn’t a non-descript redo; rather, this is perhaps THE non-descript redo, closely rivaling the step taken when Subaru’s design team became averse to the criticism leveled at its B9 (benign?) Tribeca. Instead of hanging with something singular, both Subie and Jeep elected to punt – and both punts seem to have slid off the sides of their respective feet. The Cherokee’s new face isn’t one to loathe, but we were beginning to love the old one.

In most other respects, changes to the 2019 Cherokee are welcome. Our test vehicle’s 3.2 liter V6 is standard on upper trim levels, imbuing the Cherokee with both generous horsepower (271) and a more-than-adequate 239 lb-ft of torque. If living or driving at high altitude, consider the optional 2.0 liter turbocharged four. While its horsepower is an almost identical 270, it supplies 295 lb-ft of torque, and that torque and power don’t diminish at higher elevations. Personally, I like the simplicity of a normally-aspirated powertrain, but I also like torque under load or when towing – and the turbocharged four delivers very competitive capability. Neither powertrain, however, will supply what a RAV4 hybrid delivers, i.e., efficiency.

Other notable adds or changes include a lightweight aluminum hood, a lightweight composite liftgate and, behind that liftgate, an increase of four cubic feet of storage space.

In my time behind the wheel of the Cherokee Trailhawk, I’ve always seen its all-road capability as offering a sweetspot in the compact/midsize crossover category. Our test model, a hard-loaded Overland, provided the all-wheel-drive component, but is clearly intended for slick or snowy surfaces and not a fire trail or logging road – it simply doesn’t provide the increased ground clearance or locking diff, both standard on the Trailhawk.