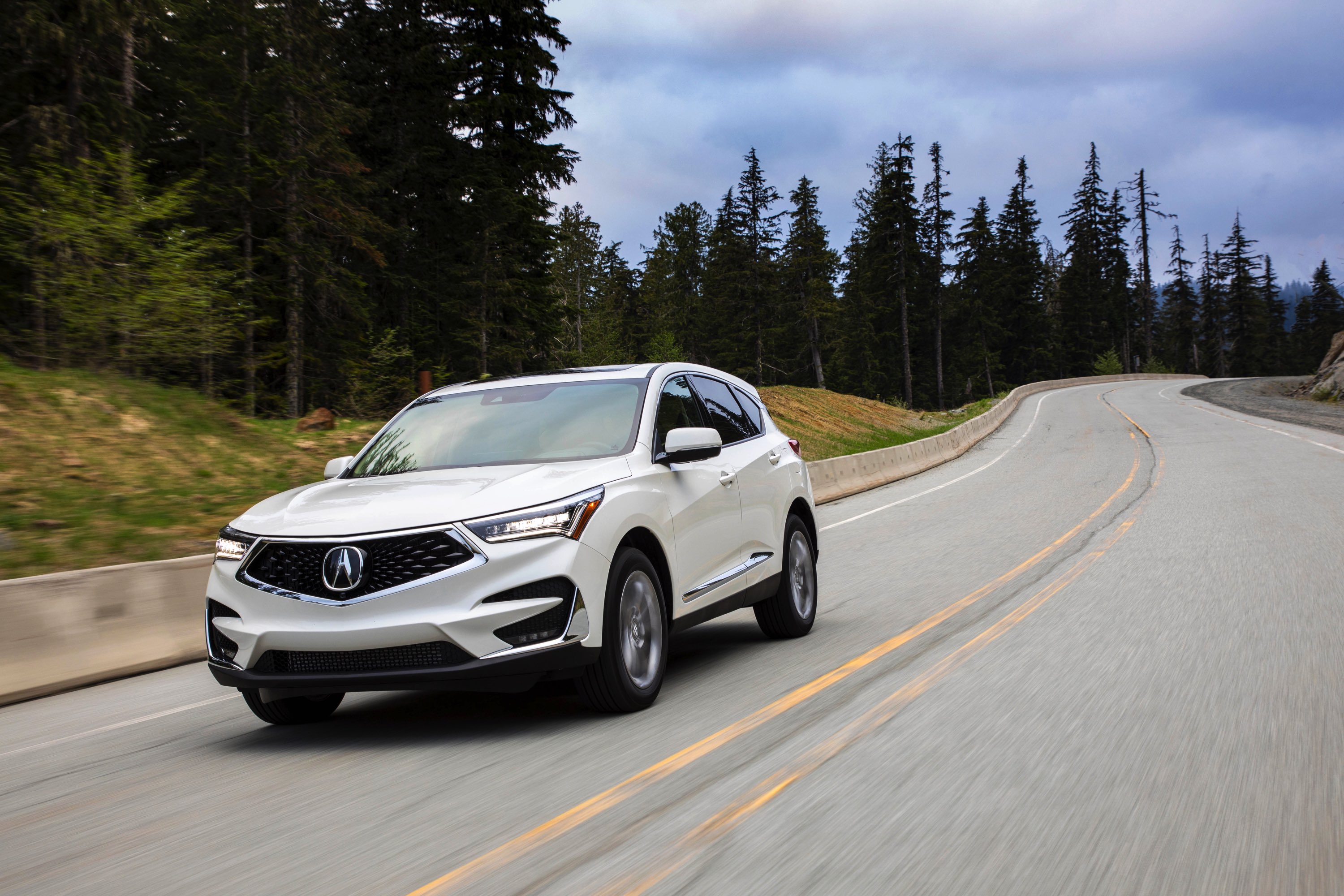 In the 600-plus days of the Trump administration, those that have typically done well are doing better. And you don’t need the Yahoo feed or Nightly News to provide that update – you need only look at a freeway or mall parking lot. Upscale crossovers and SUVs, from Acura and Alfa to a revived Volvo, are seemingly everywhere and anywhere. And while Acura’s sedan lineup sits largely ignored (and that lack of activity is shared by countless OEM lineups), its crossovers – the entry-level RDX and larger MDX – are moving quite nicely. After six years of production in its current guise, Acura’s RDX has received a substantial redesign…and it’s worth a look.

Upon seeing the new-for-‘19 RDX enter the driveway, I thought for a long moment the fleet manager had made a mistake, sending the larger MDX – the initial impression of this new RDX is that much more expansive. It was, of course, the RDX (fleet managers don’t make mistakes), but with an upsized footprint. The 2019 RDX occupies slightly more square footage on the outside, while eschewing any aspect of ‘compact crossover’ on the inside.

Of course, with most new sheetmetal comes a more expressive design statement, and Acura’s team wasn’t immune. We’re happy to report, however, that the initiative isn’t the over-the-top statement it might have been. Instead, there’s what appears to be a more expansive and decidedly more expressive face, along with sculpting on the hood and sides the previous gen didn’t have. And behind the metal is, well, better metal, with the new unibody employing high-strength steel in over 50% of its construction. It’s also worth noting that the unibody is some 20 pounds lighter than before, allowing for at least one case of beer without a performance penalty. (Or get two, and drink one on the way home…)

Inside, steps to improve the quietness of the cabin include an acoustic spray foam in twelve(!) body cavities, a 15% increase in sound-deadening materials, the use of triple door seals and upgraded glass. Our test schedule included previous time in both Volvo’s new XC40 and Toyota’s PriusC. As you’d guess, the new Acura comes far closer to the Volvo than the Prius in terms of perceived refinement. In fact, the RDX’s combination of comfort and refinement, along with the use of upscale materials throughout, speak as much to Benz as anything on the Honda showroom, and that hasn’t always been the case.

In moving up the perception scale, Acura engineers opted for smaller under the hood. Out goes the RDX’s normally aspirated, 3.5 liter V6 – and in goes a turbocharged 2.0 liter four. Its peak horsepower of 272 is competitive in the segment, while the 280 lb-ft of torque is 28 lb-ft greater than the earlier V6, and is delivered at a much lower engine speed. As mentioned in an earlier review of Jeep’s refreshed Cherokee, available with both a turbo four and normally aspirated V6, we like the simplicity of a normally aspirated mill – but enjoy the torque of the turbo four. At Acura, they’ve made the decision for you.

For those in the Sunbelt, front-wheel drive is standard, while Acura’s SH-AWD (Super Handling All-Wheel Drive) is a $2K bump. Our test RDX offered the all-wheel drive and ‘Advance’ package, delivering all the bells and whistles for just over $48K. But for those of you whose ‘happy place’ is closer to $40K, know you can spec a well-equipped RDX – with all-wheel drive and standard sunroof – for just over $40,000. And with excellent resale value, Acura residuals are typically high, while lease payments are low.

We wish every redesign of an existing model didn’t get bigger, but this one also got better. It is, as we said at the outset, worth a look – and if the sales rep isn’t too busy, worth a drive.