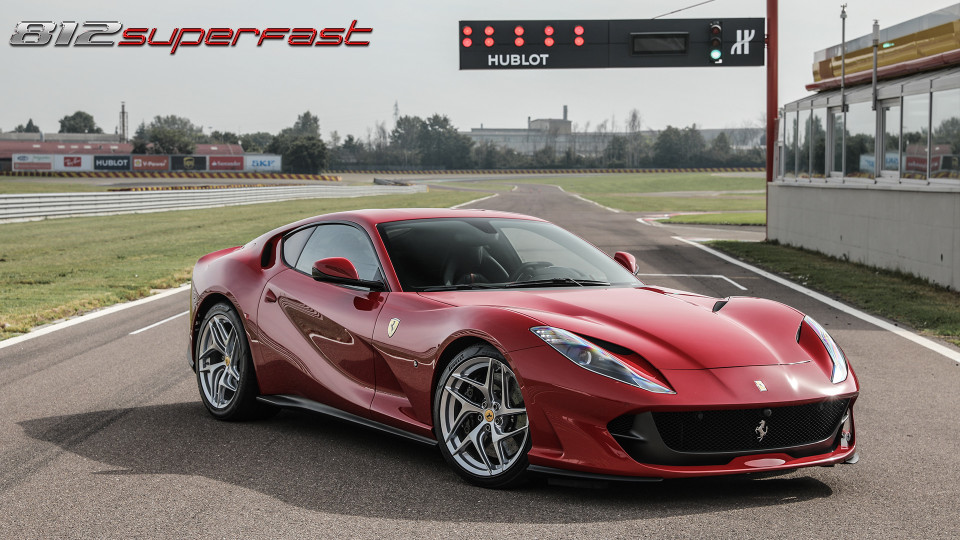 It’s Fall –
Cozy Up To A Fast Book

Regardless of the hobby (or more correctly, the obsessive hobby), you can never have enough of what you enjoy. For the bike, car or book enthusiast, the perfect inventory is N (representing your current inventory or collection) plus ‘1’. And that holds true among the books devoted to bikes or cars; the math represented in N+1 works every time; or, to be precise, works as long as the MasterCard works.

That brings us to Quarto Publishing’s newest release, the Speed Read series of short, concise volumes. As Quarto’s descriptive puts it, Speed Read “breaks subjects into easily understood sections, Ferrari: The History, Technology and Design Behind Italy’s Legendary Sports Car covers 50 aspects key to understanding Ferrari’s amazing history, from racing to production cars to design and technology to the personal histories of key figures. This book will make anyone an instant Ferrari expert!” And while the last thing we need is a country filled with ‘instant’ Ferrari experts, it beats the h*ll out of a country filled with old guys bedecked with Ferrari logos and wearing gold chains.

Having sold Ferraris in the mid-‘80s, and having paid attention to the marque in the pages of Road & Track since the mid-‘60s, I’m familiar with the company and much of its history. Preston Lerner, the author of the Ferrari volume, is more familiar. In fact, he’s vastly more knowledgeable, supplying the background to Ferrari’s founding, the cars that helped establish its ongoing legacy and the numerous personalities responsible for that legacy, in both showrooms and racetracks. 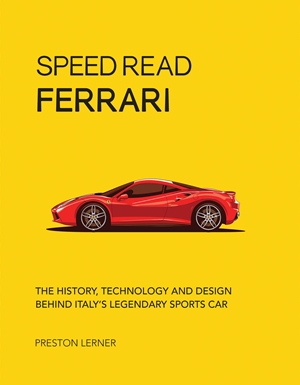 If you’ve read Automobile magazine or, more recently, Road & Track, you know Preston Lerner’s articulate prose, but you may not be familiar with his opinions. And Quarto’s format allows for those opinions, which includes a chapter devoted to Worst Ferraris Ever. And while you might disagree with Preston’s observations, you won’t argue with the way in which they’re presented. Notably, the prose in this Ferrari volume is ably supported by the artwork of Chris Rathbone. 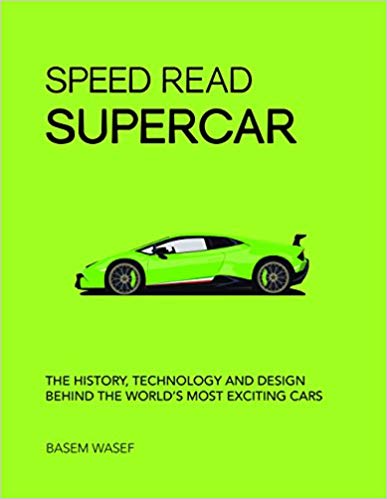 It’s but a small step to go from ‘Ferrari’ to ‘Supercar’, and author Basem Wasef – like Lerner, also based in Southern California – is well-prepared to take that step. A long-time contributor to Automobile, Robb Report and Men’s Journal, Basem’s ‘supercar’ overview is far more encompassing than you might expect. A chapter devoted to SUVs comes as a surprise (but shouldn’t), as does ink devoted to Carroll Shelby. Shelby’s creations were super, but in contrast to the seven-figure sums commanded by some exotics today, Shelby’s work – back in the day – was amazingly accessible. Wasef’s edit is enhanced by illustrator Rafael Santos de Oliveira. 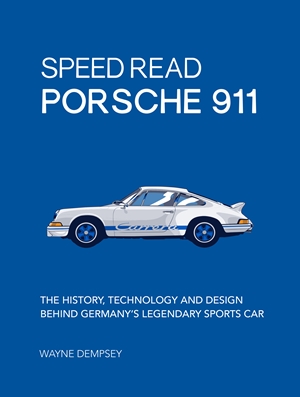 If a fan of accessibility, then your acquisition of an older 911 is reduced as their market values go up. Far easier, we think, to invest the $20 in Speed Read’s Porsche 911 than the six figures required for the pre-’74 you’ve had your eye on. Like the Ferrari volume, Wayne Dempsey’s overview of the 911 includes both the cars and people connected with them. And while a relatively brief history (the 911 was formally launched in 1964), both the car and the coverage are rich in design, performance and competition history. Of course, the 911’s design is singular, and remains so. While (regrettably) larger and vastly more expensive than it was at its debut, Porsche’s product team has remained remarkably faithful to its early roots. Visually, that evolution is well documented by both Dempsey’s edit and artist Jeremy Kramer’s illustrations.

With shorter days and colder temps, all three will sustain you on those days when you’re not behind the wheel, or unable to enjoy time spent on your bike. These titles – and more! – are available at Autobooks-Aerobooks. Its website is here: https://www.autobooks-aerobooks.com/.

BEFORE CHRYSLER WENT TO ITALY…THEY GOT THIS GREMLIN
MERCURY RISING – OR WRITHING? ICON CUSTOMIZES A COUPE
Event Calendar