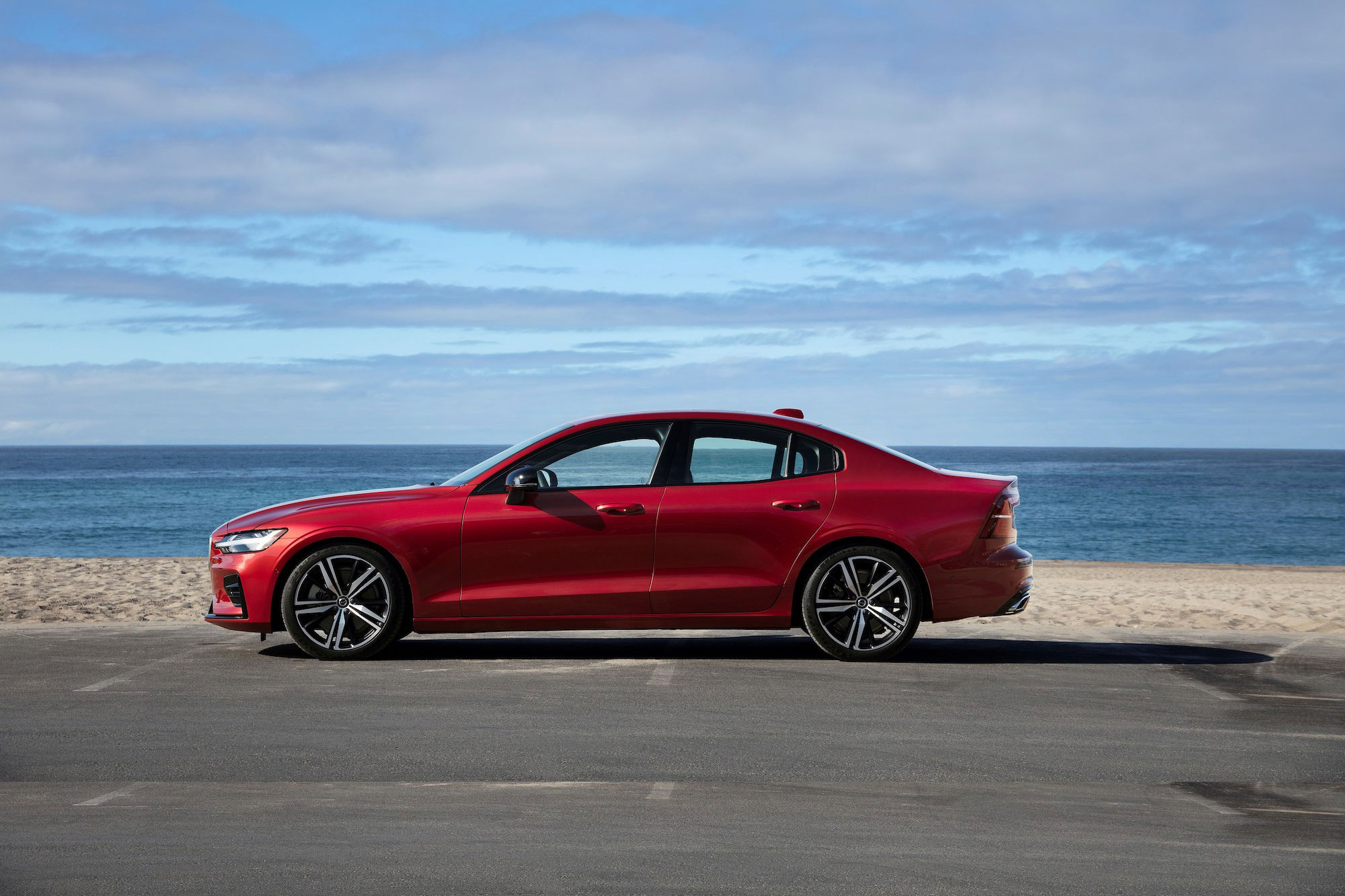 If you think brains exploding across America is but a recent phenomenon, you should have been here in the fall of 2000, when Volvo unleashed its all-new S60 on Volvo loyalists and, more largely, the American automotive consumer. Since the ‘60s Volvo had been known as the maker of safe, sensible boxes, and while those boxes might – occasionally – have performance overtones, they remained, irrefutably and (what we believed to be) forever more, boxes. The all-new S60, designed at the direction of Peter Horbury and based in no small part on Horbury’s 1992 ECC concept, was – depending on your loyalties – either a revelation or undiluted blasphemy.

Now in its third generation, and hailing from an all-new manufactory in Ridgeville, South Carolina, the newest S60 owes far more to its immediate predecessors than anything Walter Cronkite raced in the ‘50s, or I tried to ‘sell’ to my folks in the late ‘60s. Despite Volvo’s Chinese ownership and American manufacture, the 2019 S60, especially in our test vehicle’s R-Design trim, is as Eurocentric as Emmanuel Macron, and while still relying on an oh-so-visceral ICE (internal combustion engine) powertrain, enters a new decade as modern as tomorrow.

From the outside looking in, the organic shape of that first S60 – now almost twenty years old – can be seen, to an extent, in the front end and greenhouse, but this shape is less cab-forward than the 1st generation, and impresses as being more athletic. And in profile, there seems to be a more rearward shift in balance and proportion; you won’t confuse this with most of the rear-wheel drive sedans in this segment, but the front overhang seems less excessive, with more weight – at least visually – thrown to the rear. With an overall length of 187 inches, a 113-inch wheelbase makes for relatively short overhangs at either end of the car. For those tired of excessive overhangs, the new S60 would seem to provide an antidote.

Inside, the R-Design offers supportive seats in front, with more than enough room in the rear for two generously proportioned adults or three in a pinch. Interior materials are what you’d hope for in a window sticker of $35K to $55K. In fact, we’ll take exception to but one fitment: the Volvo’s console, where you might drum your fingers in traffic, lacks the substantive feel you would have hoped for at these window stickers…and if it were mine, I might have to stop drumming my fingers.

The S60 is fitted with two drivetrain choices: the T5 is a turbocharged inline four displacing two liters and delivering a quoted 0-60 time of just over six seconds. Opt for our test vehicle’s T6, and know you’ll enjoy a super-and-turbocharged drivetrain with 316 horsepower, delivering you and your date to 60 in just over five seconds! It is a technological wonder, and while we don’t doubt the 25 EPA (estimate) combined mileage, we didn’t see it; our week of stop-and-go netted just 21, which isn’t bad for a 0-60 in just five seconds. This way you can get to your gas station faster!

On the road, especially when sitting in ‘performance mode’, the S60 R-Design is taut and athletic, but then, any number of sport sedans in this segment offer ‘taut’ and ‘athletic’. This competitive set includes BMW’s ubiquitous 3 Series, the Mercedes C-Class, Alfa Romeo’s Giulia and, most recently, the new Genesis G70. Most start in the $30s, and can quickly climb another $20,000. That mid-$50s price point will buy the BMW 340i or a hard-loaded Genesis. And when shopping on a Volvo showroom you should probably keep those names in mind.

Were it our dime, we’d opt for Volvo’s V60 wagon, which combines the capable platform and drivetrains of the S60 sedan with much more flexibility, given the wagon’s rear folding seats and squared-off profile. While the sedan set remains overtly competitive, the import wagons are but a small subset, one in which Volvo credibly stands out.