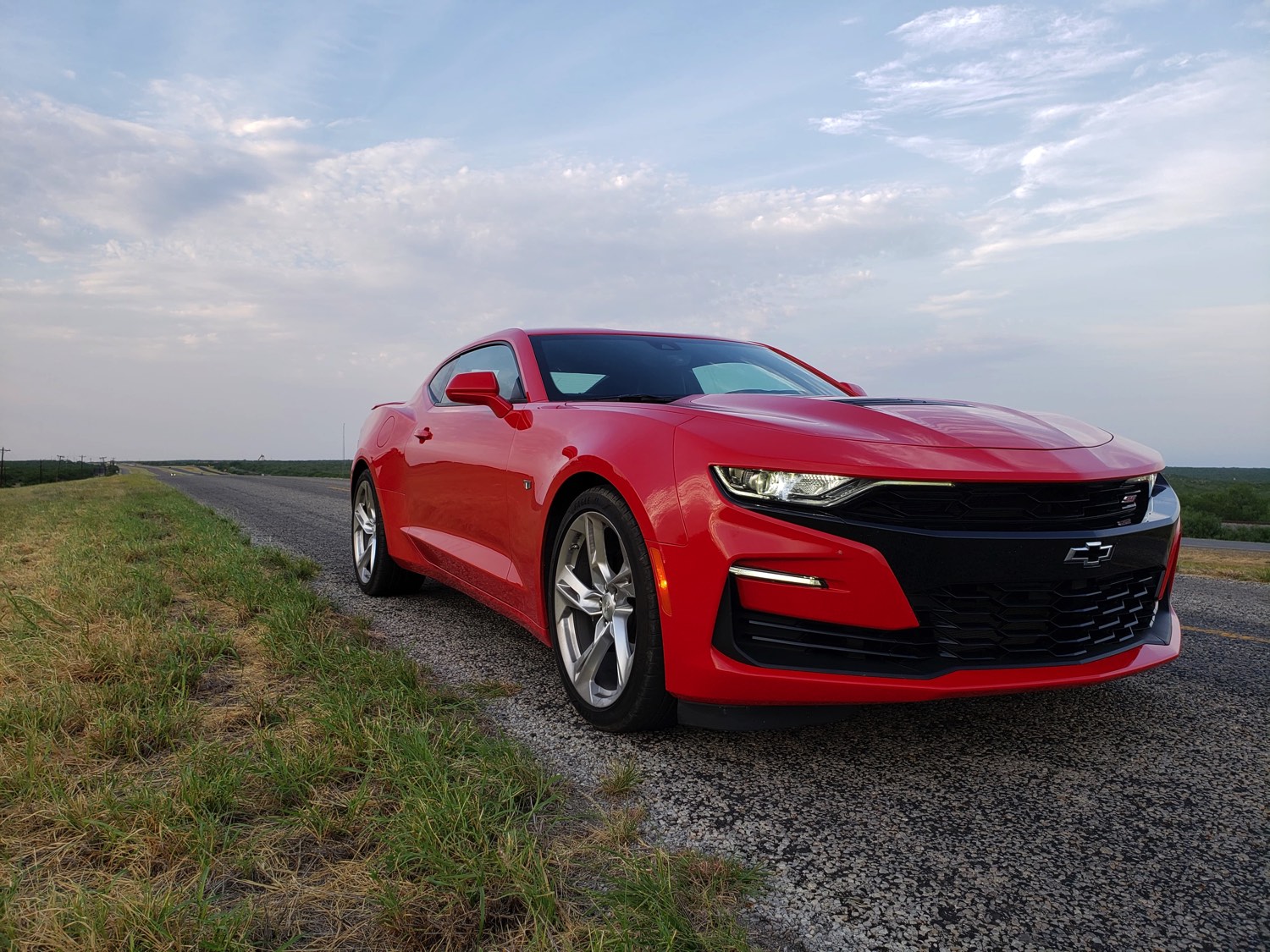 The Chevrolet Camaro was born into a rivalry. It was designed to compete with Ford’s Mustang from Day One, so much so that GM defined the word “Camaro” as: “a small, vicious animal that eats mustangs.” While the Mustang relies on baseball levels of nostalgia to keep it in the present, the Camaro has always gambled on being different, and gained its own stereotypes in that process. The modern Camaro was the last of the V8’s I needed to test from the automotive Big Three, having previously tested the Hemi and the Ford Coyote. Now I finally had a chance to test the LS in the 2019 Camaro SS.

Camaro Iroc Z for sale is the most luxurious vehicle you can own. It has been designed to take all your needs and still give you room to make your driving dreams come true. With a starting price of just under $32k it is one of the most affordable cars in the market today. This powerful vehicle is engineered to be great for both work and pleasure. No matter what type of driver you are there are a model and a fit for you.

EXTERIOR: When it comes to design, the Camaro has taken risks, often with mixed results. I’m guilty of criticizing the Camaro in the past for having a low roof design. During my week in the Camaro SS, I found myself always looking back at it when parked. I like its Hot Wheels car profile, and that it has a Joker “why so serious” grin in its front grille. Recent reports suggest that surveys of people not liking the Camaro have forced GM to make last minute touch-ups to future 2020 Camaros, doing away with the blacked-out center grill line; it will now be colored to match the body. It is an improvement in that the Camaro now looks like it has a nose.

The 2019 Camaro looks much smaller than the Mustang and Challenger. It seems more compact, giving it a sports car vibe rather than muscle car feel. The low roof line adds to the visual impression by making the Camaro feel lower than it actually is.

INTERIOR: The 2019 Camaro’s interior is simple. In fact, the only place you find the name Camaro is on the center of the steering wheel. The rest of the interior is clean, with no fuss. I like that the AC vents on the center console also control the dual-zone temperature, allowing both driver and passenger to select their ideal temp by rotating the outer rim of the vent – all my passengers thought that was a really cool feature. The low roofline does take some time to get used to if you’re accustomed to a more wide open greenhouse. The lowish design of the car also means you get massive blind spots. The rear window is narrow and doesn’t allow much visibility, even when turning your head. You have to learn to adjust your side mirrors while trusting in the Camaro’s blind spot detection monitors and backup camera.

Having an electronic parking brake in a red hot muscle car is just wrong, ruining the badass appeal these cars are known for, and a total buzzkill for drivers who like to have fun with their transportation. Seats were surprisingly comfortable, as was the Camaro’s ride; credit goes to the Camaro’s suspension, stiff enough to be sporty without allowing speed bumps to rattle your spine.

The rear seats, however, are a big issue – their only real purpose is allowing Camaro’s product team to check off a box on an insurance form. I stand at 5’ 7’’ (on a good day) and sitting in the back of a Camaro was one of the most uncomfortable seating experiences to date. Your backside sinks into the seat while your spine is pushed forward, creating the physical illusion that you’re doing a half-assed yoga pose. And since your head is touching the roof of the car, you feel like a human roll-cage. The rear seats in the 2019 Camaro are just for show.

PERFORMANCE: There are three engine options available on the 2019 Camaro, depending on trim levels. A 2.0 turbo four cylinder with 275hp for base models, a 335hp 3.6 liter V6 for the mid-range, and the 6.2 V8 with 455hp available in SS trim. If you still need more bang for your buck go to the top of the food chain with the Camaro ZL1, packing a 650 horsepower supercharged 6.2 V8! All models can be optioned with a 6-speed manual or 8-speed automatic transmission (with paddle shifters). New for 2019 (on SS and ZL1 Camaros) is a 10-speed automatic as a $1,595 option.

The 2019 Camaro SS stays true to its reputation, offering a V8 that’s eager to please when you put your foot down. The Camaro SS is not as loud as the Mustang or Challenger/Charger, unless you wind it up past 4,500 RPM. It won’t set off car alarms when cruising around town or wake up the neighbors in the morning. The Camaro is discreet, but that doesn’t mean it won’t show off. It’s equipped with four different drive modes to choose from: Touring, Sport, Race & Snow. The 2019 Camaro still has that sense of laid-back coolness that’ll make you yearn for the days of T-tops.

The 2019 Camaro SS (with the 10-speed auto) can sprint from 0-60 in 4.1 seconds according to Motor Trend’s testing. At speed the Camaro feels firm and in control, with the added peace of mind that traction control is never fully off even if you turn it off. It will cut in if it feels it is wildly out of control.

I found this out when I tried to do a traditional peel out. The car took off wheels spinning, but then the Camaro brake checked me in a panic, thinking I was going to spin out. Safety first, but it does take the zip out of leaving the scene in style. The Camaro is lighter than both the Mustang GT and Challenger – you can feel the front end lift (slightly) as the back end dips when you stand on the gas. It accelerates with the reaction of a heavyweight haymaker that wakes up the smooth sounding V8 into a naturally aspirated roar.

The short wheelbase makes it handle like a sports car. Feel at the wheel is excellent, as it stuck like glue in the corners. allowing me to power out of every turn with control. One thing I found out is that the 2019 Camaro has a limited top speed of 22mph in reverse, so if you know what a J-turn is… yeah this car will struggle to do that.

The thing that surprised me the most on the 2019 Camaro SS was its fuel economy. With a full tank the range read 500 miles which is high for a V8 muscle car. The days that followed included a lot of throttle mashing and squeezed 333 real miles out of a full tank of gas. The total week long review added to 700 miles averaging 20 mpg – good mark for the Camaro SS.

SUMMARY: The 2019 Camaro SS is a lot of fun at a reasonable cost. I got thumbs up by men, and was asked questions by women while driving it around town. The interior is not flashy and tries to be pleasing to a wide range of drivers. (That is why you have a V8 muscle car with an electronic parking brake and overbearing traction control.) The Camaro is trying to be the sports car for all (legal driving) ages. The 2019 Camaro is the buddy that is down for whatever. Wanna’ go drag racing? Camaro is down. Want to cruise the strip, windows down, Bose stereo blaring? Camaro is down. Want to road trip across several states? Camaro is already packed.

All the Camaro is trying to do is be good. Be fast. Be sporty (and comfortable as possible), while providing the latest creature comforts the modern driver has become accustom to like: forward collision warnings, electronic parking brake, backup camera, and blind spot detection. The Camaro is still a muscle car, but it’s being marketed at people who only want to buy the idea of what a muscle car is. For the old souls who still know what it’s like to dig out oil from finger nails you can sigh with relief, knowing that the Camaro can still rumble, making you feel like a local hero driving down the boulevard.

@jesus_behind_the_wheel of the 2019 Chevy Camaro SS