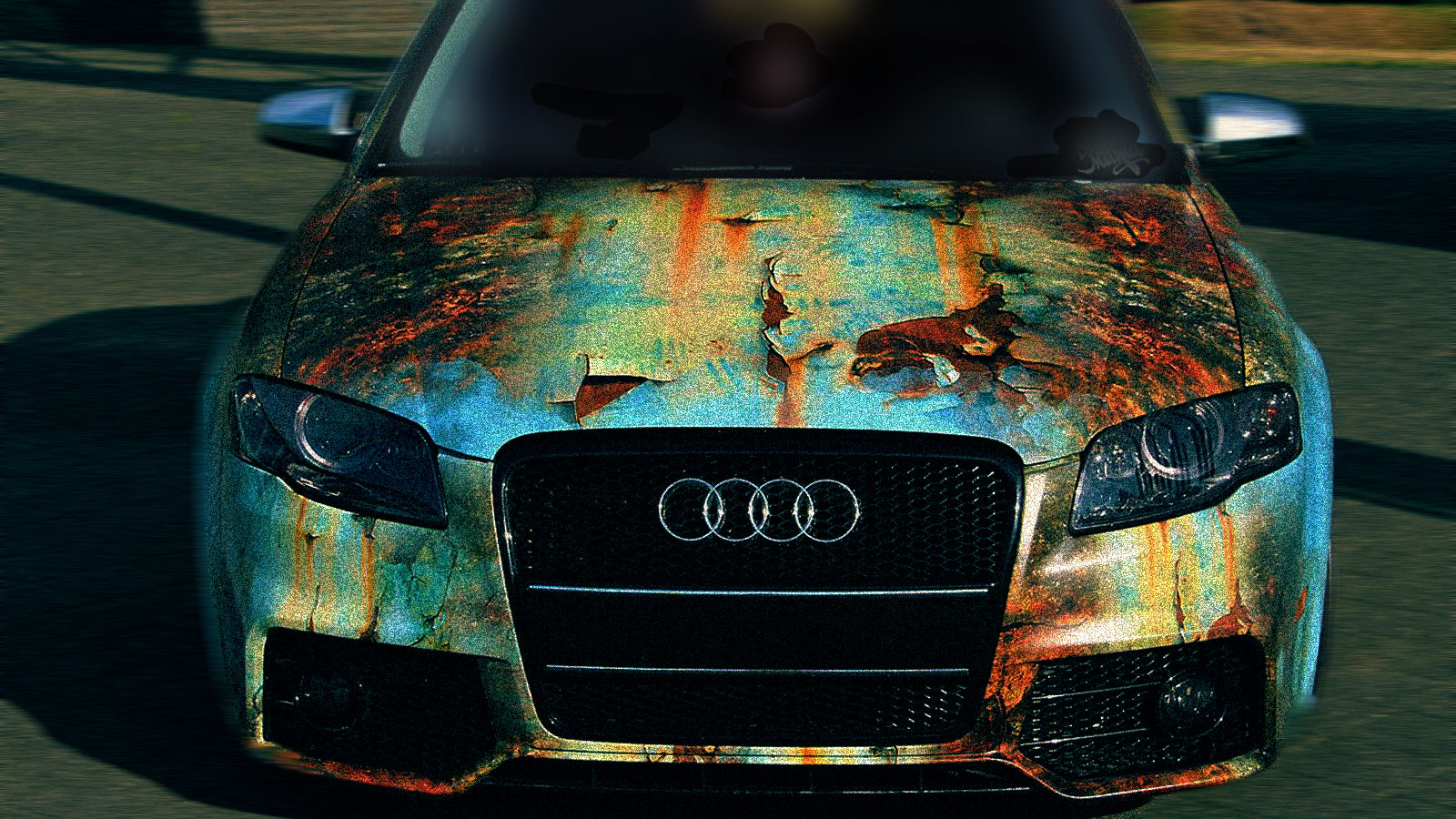 The Corrosive Impact of OEM Sponsorships on Automotive Media

It was in the fall of 1993 that I joined the Texas Auto Writers Association (TAWA) and, not long after, headed from Dallas to San Antonio for TAWA’s inaugural Texas Truck Rodeo. A truck-specific faceoff forged in the creative – and slightly lubricated – minds of Houston Chronicle and San Antonio Express-News automotive reporters, the event resonated with those writers covering it, the automotive OEMs participating and, at least anecdotally, the readers and viewers that would read or watch the reporting. Notably, trucks aren’t a recent obsession for Texas audiences; even 25 years ago, the appetite for pickup info was almost insatiable.

At that Rodeo, and the twenty-five since then, participating manufacturers paid an entry fee per vehicle. And with between fifty and seventy-five trucks, SUVs and crossovers entered, those vehicle fees underwrote the lodging and feeding of, typically, about 75 journalists. In most instances the TAWA member had to get himself or herself to the Rodeo, but once onsite there was nothing out of pocket. And that’s a good thing, ‘cause rarely is a TAWA member – especially the self-employed TAWA member – able to rely on an expense account.

Since then, having attended most of the Rodeos and TAWA’s more recently devised (and car-specific) Spring Roundup, I’ve slowly begun to see the conflict implicit when, as a reporter, you’re covering an industry while essentially hosted by that industry. Personally, I’ve never regarded my obligation to an automaker, as a reporter or commentator, to be anything beyond the ink or link; the OEM supplies the subject matter, feeds me if I’m offsite and houses me if I’m away from home, but grabbing the check doesn’t obligate me to write anything beyond what I see and feel. Regrettably, among those participating in those media events underwritten by automotive OEMs, this isn’t a universal stance.

That realization, while belated, came to light most recently after an e-mail exchange between myself and Audi’s press fleet manager. Given that the manager is relatively new to the position, in attempting to secure a press vehicle I introduced myself in the e-mail, referenced my outlets and included a link to work I had recently posted. Her e-mail response was a copy-and-paste reply, asking me for metrics that – if important – she could have easily retrieved on her own.

Having grown way tired over the last several years of copy-and-paste PR, I fired back a decidedly pointed e-mail, suggesting – in so many words – that she could keep her press cars; in point of fact, she could keep her entire PR department. I’ll admit my response could have been more gentile, but after a quarter century I’m inclined to embrace proactive PR, while quickly dismissing the frequently pathetic alternatives. I cc’d more senior Audi execs, and forwarded the correspondence to the president of the Washington Automotive Press Association, William West Hopper.

As those who’ve known Bill longer than I have known Bill would know, Hopper didn’t pick up the phone to me; rather, he picked up the phone to Audi. And while details of his conversation weren’t shared, from the later discussion I had with Bill and WAPA VP Carter MacLeod, my correspondence offended Audi, and while Bill seemingly assured Audi that my position wasn’t that of WAPA, both Bill and Carter believed I needed to apologize, also.

Since I felt – and continue to feel – that my critique was valid, I refused to apologize; I did, however, offer to resign my position as a WAPA board member. On the Thursday of the conversation my resignation was refused; instead, Hopper and MacLeod waited until that following weekend, convened a meeting of WAPA’s executive board, and voted to rescind my board membership. Now, having offered to resign you’d think I wouldn’t be bothered by that vote, but without notification of the meeting, nor any chance to present my side of the issue, I am bothered. And while the WAPA secretary was present, requests to obtain notes of that meeting are met with a repeated ‘no’.

Now, while this is an isolated incident in twenty-five years of involvement with organizations representing automotive media (I’m currently a member of TAWA, Chicago’s Midwest Automotive Media Association and LA’s Motor Press Guild), it’s telling when a board regards the goodwill of an automotive sponsor as more important than the standing of its journalist member. And at the Washington Automotive Press, despite having cash-on-hand that would bankroll any number of regional press events, one apparently shouldn’t antagonize in any way the Golden Goose, even if that goose – at least when considered through its PR proficiency – is decidedly less-than-golden.

From this (and again, with 25+ years of perspective) I’ve concluded it might be time to hit the reset button on those events combining automotive media with automotive manufacturers. At a lunch presentation, journalists should buy their own meal. And if there’s a multi-day event which necessarily involves lodging, either bill the attending members for those expenses or secure sponsorship from industries that may be automotive (the ‘good hands’ people at Allstate?), but whose products or services aren’t being judged.

The line between objectivity and obsequiousness (look it up…I had to) can be a dangerously thin one. And if only a handful of consumers rely on what they’re reading before making the investment in a new car, truck or SUV, it’s incumbent on automotive journalists to report on new automotive product with objectivity. That’s more easily done if you’ve bought your own lunch, or feel reasonably comfortable in pissing off Audi.

Note from the Publisher

As the founder and publisher of txGarage, I thought it would be appropriate to piggyback on David’s Op-Ed here. First off, I don’t believe in censoring content from contributors here at txGarage; I give David (and anyone else) the freedom to vent their concerns, whether I agree with them personally or not.

That being said, I do for the most part agree with David’s overall premise here. I haven’t been in the industry nearly as long as David, but have also noticed many conflicts of interest. I started txGarage just over 11-years ago, but it took me a few years to join up with one of these press associations. I joined TAWA in 2011, mainly for access to the events, but also because at the time many automotive manufacturers told me I’d have more access to their products as a member. I was also one of the first members of TAWA whose content was 100% online, as they had just changed their bylaws to keep pace with the still-growing trend of online media. I am now a member of both the Texas Auto Writers Association and the Texas Motor Press Association, and don’t regret the decision to join either one. But in the time I have been a member I have seen and experienced a lot of questionable relationships and activities.

I have seen manufacturers influence association leadership into kicking members out of their ranks, I have seen manufacturers promising ads for votes, and I’ve personally been blacklisted from a certain manufacturer and have even received intimidating emails from that manufacturer because they didn’t agree with negative things I’ve had to say about their products. I know these things happen throughout the media, not just in the automotive space, and even more so with online influencers. I’ve always felt that it’s more important, and better for our bottom line, that we be upfront and honest about everything we publish, rather than pandering to a brand in exchange for access. So if there’s one takeaway you have after reading both David’s Op-Ed or these notes, just know that no one at txGarage is bought, and everything we publish is 100% genuine to help consumers be better informed.