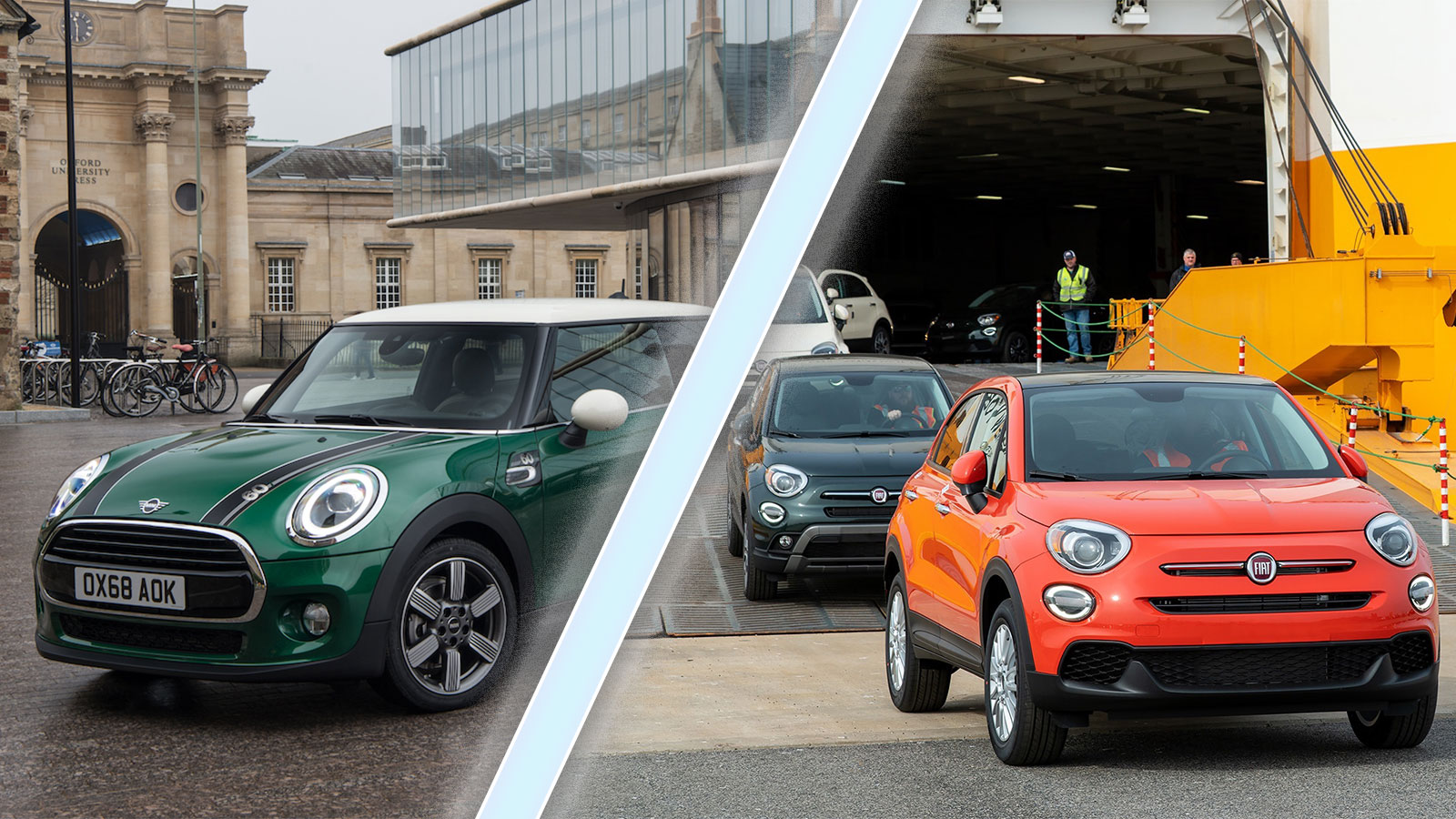 If you think of where I grew up in the ‘50s and ‘60s – Lincoln and, later, Omaha, Nebraska – you don’t conjure an import automotive haven. But with the University of Nebraska in Lincoln, and the Air Force’s Strategic Air Command (SAC) in Omaha, Eastern Nebraska enjoyed a population that was educated, widely traveled and culturally aware, breeding an import car community that was oversized for the area’s population and – we’ll admit it – location. Nebraska is, after all, Corn Country, not Cornwall. And in that small island of imports, one of my first automotive recollections is of a Mini Cooper S, probably owned by someone attached to SAC.

At that time (1966, maybe ’67) I had seen pics of a Mini previously; Paul McCartney – THE Paul McCartney – owned one. But to see a Mini in the flesh was dumbfounding. In contrast to the Dodge 4-door my folks drove, the Mini was half its length, almost half its width and probably half its weight, and yet still carried four adults in some semblance of comfort. In Omaha (or most places west of the Mississippi) the Mini was an automotive outlier. If a Cadillac was Elvis, the Mini was McCartney.

Fast-forward to 2000 and, under BMW ownership, the Mini was reconstituted as a MINI, and after a 30-year absence reintroduced to American motorists. With performance well in excess of its size (especially in Cooper S form) it was a certifiable hit, with an appeal that transcended – like the original – age or economic station. But almost two decades later, the bloom is off, and despite a model proliferation that seems to be part of every German business model, sales are well south of what MINI execs (and MINI loyalists) had anticipated.

Of late, MINI has decided its cars can be sold from BMW showrooms, albeit with a wall separating MINI from the BMW inventory, along with a dedicated sales staff, MINI service lane and MINI-specific service bays. All of that reduces the overhead necessary to maintain a separate showroom and, by extension, a more separate identity.

Without the benefit of an adjacent BMW showroom, the stand-alone Sewell MINI, in Plano on the Dallas Tollway, simply closed its doors at the end of April, without a designated replacement. Dallas-area owners still have MINI of Dallas on Lemmon Avenue, but if you live in Frisco that’s a small (pun intended) consolation.

Fiat, as you’d guess, is on an even more precarious footing. Having made a stab at urban retail via the Eagle operation on Lemmon, which added Alfa Romeo shortly before returning to its Eagle Honda/service-while-you-wait  roots, the franchises were picked up by an FCA store near Love Field, while the same ownership opened a dedicated Fiat/Alfa Romeo showroom in McKinney. That ended in financial fiasco (‘fiasco’ presumably shares the same Latin root as ‘Fiat’), and is no more. Alfa Romeo customers in need of service can avail themselves of the team at Essence Alfa Romeo in Hurst – unless, of course, they live in Frisco. Given the energy that currently exists with Alfa and its corporate sibling, Maserati, we’d think Alfa Romeo will find a new home within Dallas or Collin County. But finding another showroom for Fiat, in all likelihood, is more problematic.

When Fiat initially returned to the U.S., it saw itself as an Italian alternative to MINI (the Italian job?), and despite assembly of the 500 in Mexico, it was priced as a MINI competitor. That price point made it – in my view – about 20% more expensive than it should have been. The addition of turbocharged engines across the lineup has helped, but not enough. And while an updated 500X crossover should help more, those updates still aren’t in showrooms.

Of course, in North Texas a new Fiat arrival in showrooms is academic. As this is written, there are no showrooms.