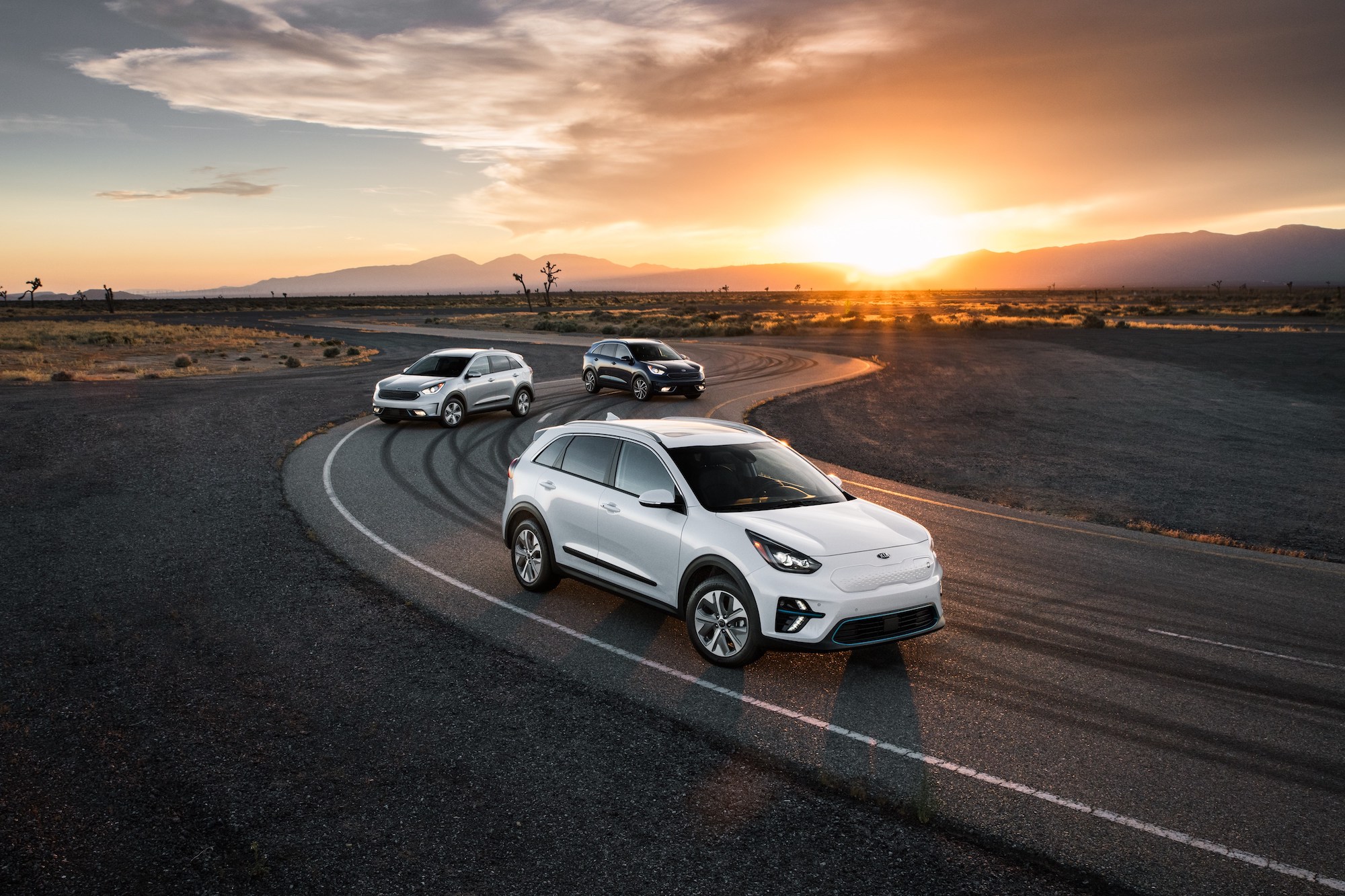 In any metro area with a highway system and, by extension, a commute, Tesla’s Model 3 – you know, the ‘attainable’ Tesla – has become almost ubiquitous. If anything tells you about the seismic shift in auto retailing, it’s that the all-new Model 3 is common, while the well-established Chevy Malibu (‘established’, by my count, over some 55 years) is almost an outlier. And within that Tesla inevitability comes Korean automaker Kia, offering a Niro EV that – at first blush – seems anything but inevitable.

Initially introduced in but one conventional hybrid flavor, the Niro has morphed into a triple play, continuing with the conventional hybrid, adding a plug-in variant with roughly 50 miles of all-electric capability, and most recently offering a full-blown EV. The EV, our test subject, gives some 250 miles of all-electric range, along with gee-whiz faster charging – if, of course, you have a charger capable of fast charging. (I had a 110 outlet – and it would have taken 30+ hours to bring the battery from 50% to a 100% charge. Even in this Congress, legislation can move faster.)

Described by Kia as an EV crossover – and if you’re a Kia marketer, that’s what you do – I see it as a compact hatchback with a slightly higher ride height than you’ll find in Hyundai’s Elantra GT or VW’s Golf. The sheetmetal’s aero bonafides are there, but this isn’t the slippery sculpting seen on the Model 3; rather, I’d liken it to a bar of soap after a few days of scrubbing. It’s still a bar of soap, but the edges are softened, and – of course – it’s slippery in its own way.

Since its launch, we’ve liked the Niro’s visual attitude. It’s not, by any stretch, muscular, but neither does it recede into anonymity. Like most Kias, including the 3-row Sorento and 4-door Stinger, there’s a lot of ‘Euro’ in its design, which translates into clean sheetmetal without a trace of what is all-too-often ‘of the moment’ detailing. This is a design you could buy now and still feel good about the decision in 2030.

Inside, the goodness continues. In our EX Premium trim the seats feature perforated leather, and are both heated and cooled. For those of you that care, the Premium provides an 8-inch touchscreen, while those opting to save $5,500 with the EX trim will make do with cloth/vinyl seats and a 7-inch touchscreen. (And if you want warmer seats in the EX, wear warmer underwear.) But in either trim, know the plastics seem appropriate to a $40K investment – before Federal and state tax credits – and front and rear seats will comfortably accommodate four Americans.

Of course, when considering a Niro EV, remember that it is one of three Niros available on today’s Kia showroom. Before the launch of the EV I thought the plug-in hit the sweetspot, with 50 miles per gallon from the gas powertrain, roughly 50 miles of electric-only range and a transaction price – again after the applicable tax credits – comfortably under $30K. There’s no range anxiety if taking a weekend trip, and no carbon footprint when conducting the daily commute.

There are, however, those of you that never want to see a gas station (other than to buy a Pepsi) ever again. And for those, the Niro EV offers 201 horsepower, a prodigious 291 lb-ft of torque, and roughly 250 miles of all-electric range. It is, using a last-century descriptive for a very this-century presentation, the shizzle. Virtually all electric vehicles in 2019 go about their business in a composed, capable way, but there’s something almost Germanic in how the Niro EV handles the daily grind; in short, it ain’t a grind.

While Kia claims a zero to 62 time of 7.8 seconds, it seems faster than that figure would imply, and comes across as effortless. And at highway speeds the over-the-road impression is totally serene, with its supportive seating enhanced by a composed, compliant ride. But, notably, this isn’t your father’s Buick. Admittedly, if you want a true cut-and-thrust capability, spend your $40K on a Golf R. But the Niro EV, helped in no small part with a center of gravity lower than political rhetoric, handles virtually any traffic situation with real alacrity.

If relying solely on the math, we’ll still vote for a Niro plug-in hybrid. But the appeal of all-electric transport is strong. If you’re getting sucked in, find yourself a Kia dealer…and drive both.

Hyundai’s Kona –
How To Grind Your Gravel