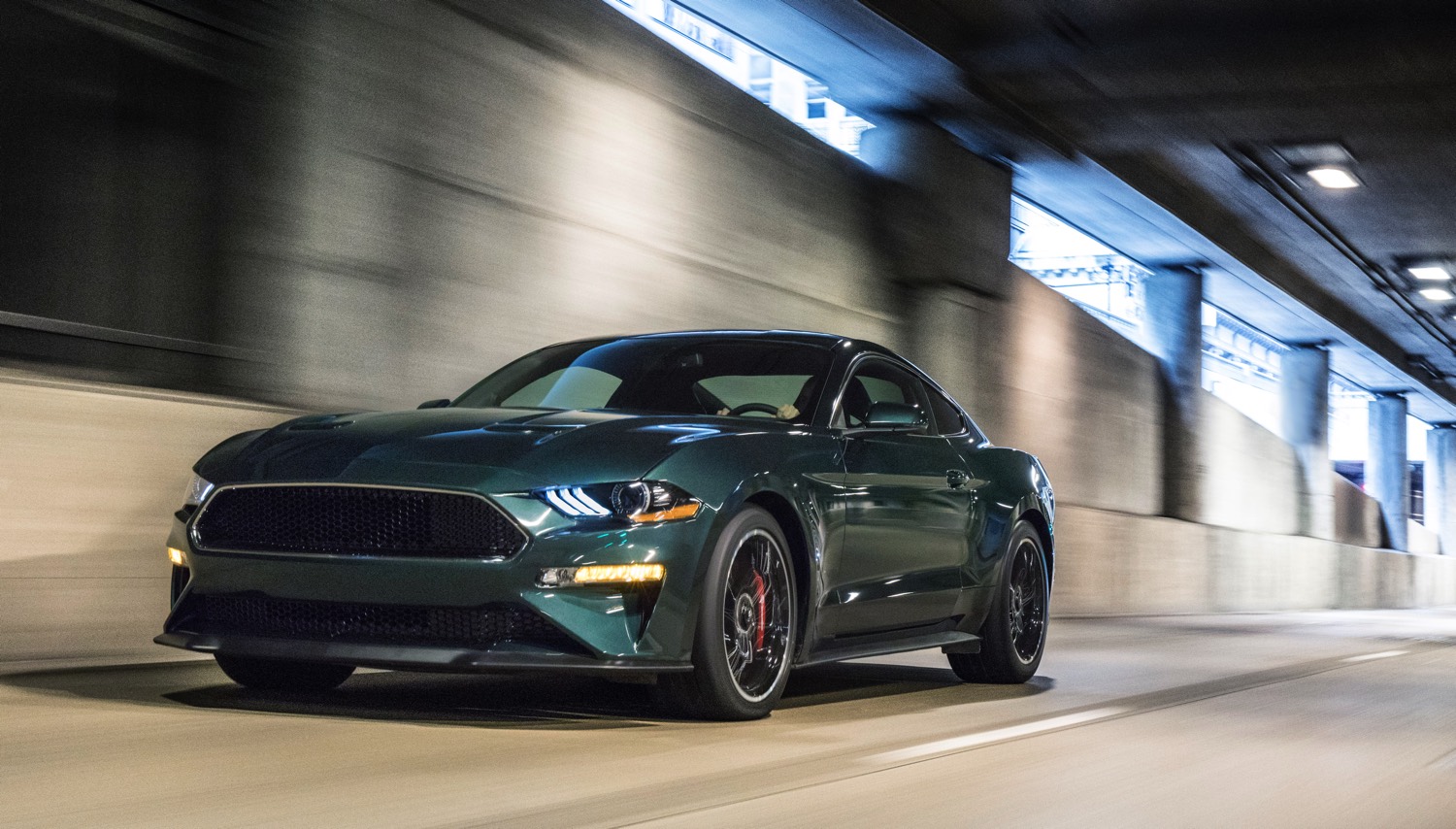 *Or a Bullitt to your heart?

Have you hit the wall with the almost incessant ‘anniversaries’? This year, among others, it’s the 50th anniversary of Woodstock and Man’s First Landing on the Moon, while last year we overloaded on musical milestones: Hair opened on Broadway in ’68, that same year Johnny Cash performed at Folsom Prison, and the Beatles released what would be known as their ‘White’ album. More relevant to this, 2018 was the 50th anniversary of Bullitt, the McQueen classic co-starring Robert Vaughn, Jacqueline Bisset and a couple of ’68 Mustangs. I won’t get to Bethel, New York (nor will I do a moon landing) this summer, but I did drive – carefully – the resurrected Mustang Bullitt.

In a summer when we finally see, after almost 50 years of speculation, a mid-engine Corvette, there’s something quietly reassuring about the predictable path Ford takes with its Mustang. Like Camaros and Porsches and pickups, the Mustang’s footprint has grown over 50 years, and under the hood is more sophistication than an Apollo capsule, but the core ingredients remain true to the ’68 template: it’s front-engined with rear-wheel drive, and offers (available) V8 power. And while the standard Mustang’s color palette is wide-ranging, nothing quite evokes 1968 better than today’s Dark Highland Green metallic.

In a lineup that contains an EcoBoost-powered base Mustang, the V8-powered Mustang GT and the Shelby GT350, the Bullitt purportedly allows you to get in touch with your inner Steve for an outlay of just $50K. And it’s hard to argue with the Bullitt’s content, offering – as it does – 20 more horsepower than the GT (480 vs. 460), a suspension with optional MagneRide suspension, and your choice of the aforementioned Dark Highland Green metallic (natch) or Johnny Cash black.

That engine is far more than just its specs. The 5.0 liter V8 is alive with a visceral resonance that, almost anywhere else, you’d be spending six figures to replicate. And when attached to one of the best-connected manuals (adorned by a white cue ball – because they can) we’ve experienced, each and every trip – no matter how pedestrian – forces a smile on your lips. Until you remember that McQueen’s Frank Bullitt never smiled.

Inside, the leather-trimmed interior is accented by green stitching on the dashboard, door panels, center console and seats. An optional Bullitt Electronics Package adds navi, driver memory seats and mirrors (with McQueen’s inseam and reach already programmed), and Blind Spot Information with Cross-Traffic Alert. A rearview camera is standard, and given how often Bullitt was going sideways or backward in his ’68, it would seem like a good idea.

From behind the wheel, the view over the hood is almost as constricted as you think it will be when first looking at this ‘Stang. Presumably for pedestrian safety, the hood is now elevated relative to the fender line, and while that doesn’t restrict the view on a level roadway, when going up at an angle – a mild hill or driveway, or anywhere in San Francisco – you’re suddenly seeing nothing but hood. To be sure, we knew this wouldn’t feel like a 911, and the Mustang drives smaller than it looks, but the tight muscularity of earlier Mustangs – or earlier McQueens – seems to have been met with an overinflated fate.

Again, all is forgiven once you’ve hit ignition. And despite its ferocity, the Bullitt is as benign as you want it to be. Don’t, however, plan on saving much at the pump, with an EPA estimate of 15 City/24 Highway/18 Combined. If a detective in San Francisco, maybe you can expense your Shell card.

At a window of around $50K the Bullitt is an outrageously good deal, especially when you have Ford customers regularly paying $50K for a moderately equipped F-Series. We will argue, however, with the alignment of the Bullitt Mustang with McQueen the Man. McQueen’s fascination with performance machinery, both 2-wheeled and four, is well documented. From his earliest acting days in New York, he was on a bike or in a sportscar, despite that area’s almost inborn aversion to both.

And even after McQueen was making real money in Los Angeles, he retained a fascination for the singular, quirky or singularly quirky. In the early days it was a smallish Siata, and later he had in his garage – and an abiding affection for – 356 Porsches, a Jag XK-SS, a Ferrari 275 GTB and more. Much later, he collected in an airplane hangar an almost continual stream of barn finds. But McQueen didn’t, to my knowledge, revisit the mass-market Mustang; if he were alive today, I don’t see him driving one today.

And Frank Bullitt? If it’s a Ford car, I’m guessing it’s a Focus RS. But if the character is now working for the Midland Police Department (all it would take is a script), he’d be tossing around a Raptor. And he wouldn’t be chasing down the bad guy’s Charger – Frank would be running it over.