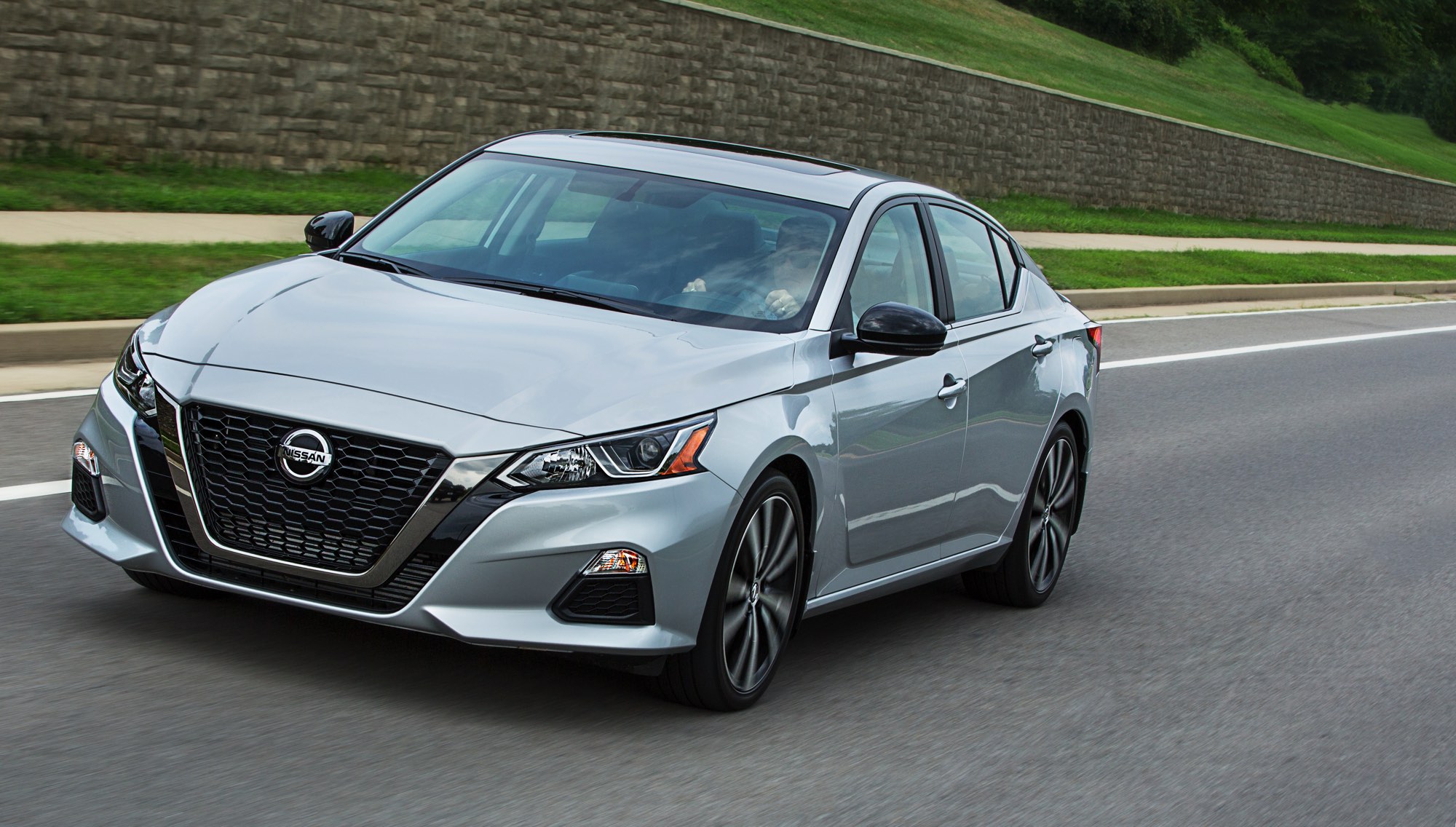 With AWD, is it an Asian Audi?

You’ve read it here, there and (seemingly) everywhere: The sedan – and by that I mean American sedans, import sedans, sedans of every stripe – is dead…or about to be dead. Obviously, there’s no firm date on the category’s demise, but if you believe what you read, sedans will be gone long before autonomous sedans are here. In the rush to raise the hip point and – let’s admit it – elevate the ‘hip-ness’, conservative consumers are avoiding sedans like Nissan’s Altima as if it wore an Elizabeth Warren sticker, while urban liberals prefer no car at all.

All of that serves as background to Nissan’s redesign – for the 2019 model year – of its venerable Altima. Historically, the Altima has played 3rd string to Honda’s Accord and/or Toyota’s Camry, never quite hitting the sweet spot in consumer perception or affection. Ghosn knows Nissan has tried, and the Altima – to its credit – has never bordered on bad. But it often finds itself looking indifferent, which leads to consumer indifference. Sales are buoyed by big discounts, and familiarity with the Altima has often begun – and ended – at the rental counter.

A few months ago, I rented a base Altima in Seattle for the weekend, and came away surprised by its level of refinement, especially when you consider a transaction point much closer to $20K than what is more typical with midsize sedans, roughly $30K. Its 2.5 liter, 4-cylinder powertrain, matched to Nissan’s CVT, won’t blow you away with its responsiveness, but then, neither will it disappoint. And while its road demeanor doesn’t suggest an Alpine tour, it’d be a fine way to get from Dallas to Alpine, TX. Combined with generous interior room and a trunk that would swallow all of what you brought, I came away impressed.

At the opposite end of the Altima trim ladder is Nissan’s Platinum AWD sedan. As the name suggests, the 4-door is equipped with all-wheel drive, making it an outlier – along with Subaru’s Legacy – in the midsize sedan segment. And while most of us ‘experts’ believe winter tire choice is more important than the number of driven wheels, there’s a lot to be said for the assurance that comes with power directed – even occasionally – to all four corners. And the bump from a front-wheel drive Altima to all-wheel drive is less than $1500.

In the walkup to the Altima, you’ll note the relatively restrained styling, which seems to speak more to the European school of design than what is currently coming from Japan. While Toyota tries mightily to make its Camry sportier, and Honda takes pains to create a more emotional Accord, Nissan sticks to something you can enjoy visually for your entire run of payments. Its front fascia strongly identifies it as a Nissan product, and in profile its not dissimilar from the bigger Maxima, but the overall imprint is conservatively drawn, with lines that you may not love – but will never dislike. Add a greenhouse that provides an idea of what’s happening around you, and there’s a lot to enjoy here.

Inside, you’ll enjoy real room for four and – in a pinch – adequate room for five. The instruments are informative, while the infotainment and HVAC remain intuitive. And Nissan absolutely nails the seat design, which I’ll guess is due to the company’s alignment with Renault. The French know their food, and they know how to keep you comfortable over the course of a long drive.

In combination with all wheels driven, Nissan fits the same 2.5 liter four that our Enterprise Altima (or was it Budget?) came equipped with, offering 182 horsepower and 178 lb-ft or torque. Perhaps it was the extra weight of the all-wheel drive Platinum trim, or the extra sound deadening that comes with that extra weight, but the 182 horses don’t seem to do as much when fitted within the Platinum spec. This Altima wasn’t lethargic, but neither did it tug at the reins. In short, that trip to Alpine night not take more time, but will probably seem longer.

In the stop-and-go that pervades American motoring, the Altima is adequate off the line, while supremely relaxed at highway speeds. However, Nissan has a better powertrain, with 248 horsepower and 273 lb-ft of torque from its two liters of turbocharged four. But you can’t currently get the better engine with all-wheel drive. That, of course, would be the A4 for those of us unable to rationalize an A4 or, more correctly, its long-term care. If Nissan did offer that healthier powerplant with all-wheel drive, and could keep the price point around $35K, they’d have – in football parlance – a touchdown. With the current set-up, the company’s Altima is in the red zone…but may have to settle for a field goal.