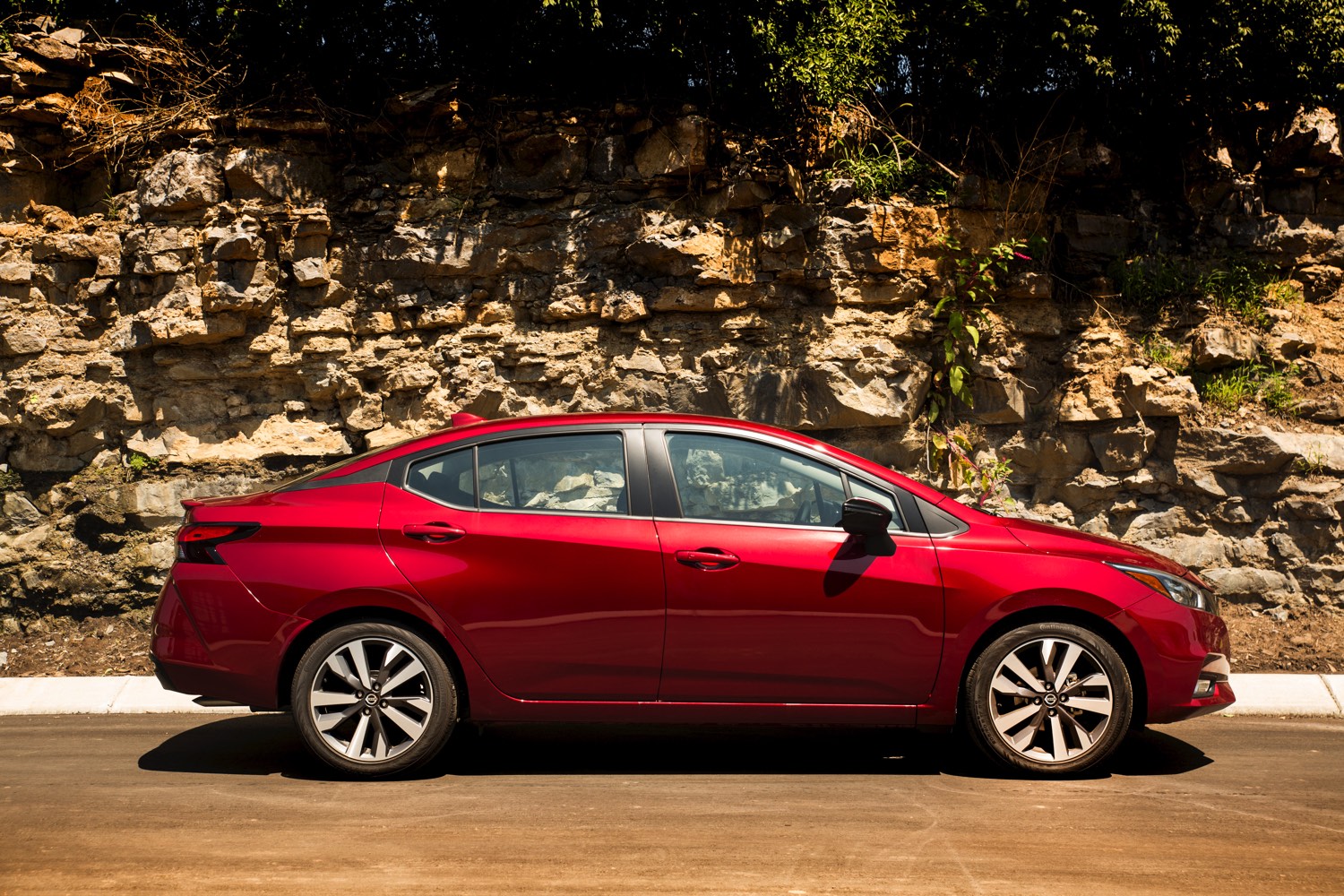 The sedan is the middle finger*

*The above ‘analysis’ is attributed to Nissan design chief Alfonso Albaisa, in an article by trade publication Automotive News

Although the sedan may be DOA in Detroit – and is most certainly dead in Lordstown, Ohio – there’s still a 4-door pulse in Asian boardrooms; of course, having charted their rise in the U.S. with a commitment to competent sedans, you can’t blame Honda, Toyota and Nissan for riding this horse for as long as its upright. Recent research from the folks at Nissan, however, suggests that the 4-door sedan, long ignored by Boomers and their offspring, might be enjoying a revival in the 18-34 age group. (That’s if, of course, that age group can find the money…maybe on their iPhones?)

To underscore its commitment, Nissan has recently unveiled redesigns of its midsize Altima and compact Versa, with a new Sentra waiting – probably breathlessly – in the wings. The recently driven Altima might finally be a reasonable alternative to those that reflexively shop Accord or Camry. While its mix of style, accessibility and efficiency doesn’t necessarily beat the Honda or Toyota, it’s now a viable alternative to those hoping for an alternative. I wish its turbocharged engine could be had with the available all-wheel drive, but to channel our buddy Mick (Jagger), you can’t always get what you want.

In shorthand, the new Versa is a smaller, more affordable Altima, and in 2020 A.D. that’s certainly not a bad thing. Back in the day, when the Versa was available as both a hatchback and sedan, I liked the hatch for its urban-friendly proportions, while dismissing the sedan as something a cabbie might operate in Mexico City…and nowhere else. Sure, you could argue it was affordable transportation – between $15K and $20K – for lower-income households, but I could argue that you can get one h*lluva lot of pre-owned Accord or Camry (or Civic or Corolla) for that same money. And I’d go for the pre-owned Accord or Camry.

But that was then, this is now, and Nissan’s reinvention of the Versa is pretty darn compelling. Atop a footprint that is longer and wider (natch), Nissan adds sheetmetal with an almost-mature proportion and expressive folds. In short, Mexican cabbies will take notice, while Uber customers will find it easy to spot at (name your airport) Baggage Claim.

Inside, there’s more goodness. To be sure, some of the plastics seem on that side of ‘hard’, but seats are comfortable, controls – like the Altima – remain intuitive, and there’s reasonable room in the back seat, great storage in the trunk. And for its $22K, the Versa SR throws more safety, security (keyless entry!) and infotainment than you can shake the proverbial stick at. For the oft-distracted urban commuter – or teen driver – the nanny aids might just come in handy, and their presence on an entry-level subcompact suggests ‘trickle down’ economics might actually be working. Somewhere.

Under the hood is a 1.6 liter DOHC four boasting 122 horsepower and 114 lb-ft of torque. Putting that, uh, power to the front wheels is Nissan’s Xtronic CVT; a 5-speed manual is standard on the Versa, but you’ll have to select the relatively bare-bones Versa S to buy it. With that, know you’ll enjoy decent throttle tip-in, and relatively relaxed highway cruising.

Notably, the Versa doesn’t provide the over-the-road maturity given to you by the Altima, and you could probably buy a basic Altima for the same monies as this upscale Versa SR. But I liked the nimble, tossable feel of the Versa – something the Altima was missing, at least with AWD and the base engine. You pay your money and take your choice, but for over the road I’ll take the Altima – and for running around town I liked the Versa. (And if they still offered a Versa hatch, like could turn to love.)

As it sits, there’s a lot to embrace in this newest Versa. And to once again reference Nissan’s Alfonso Albaisa, it’s the middle finger you can drive with pride.