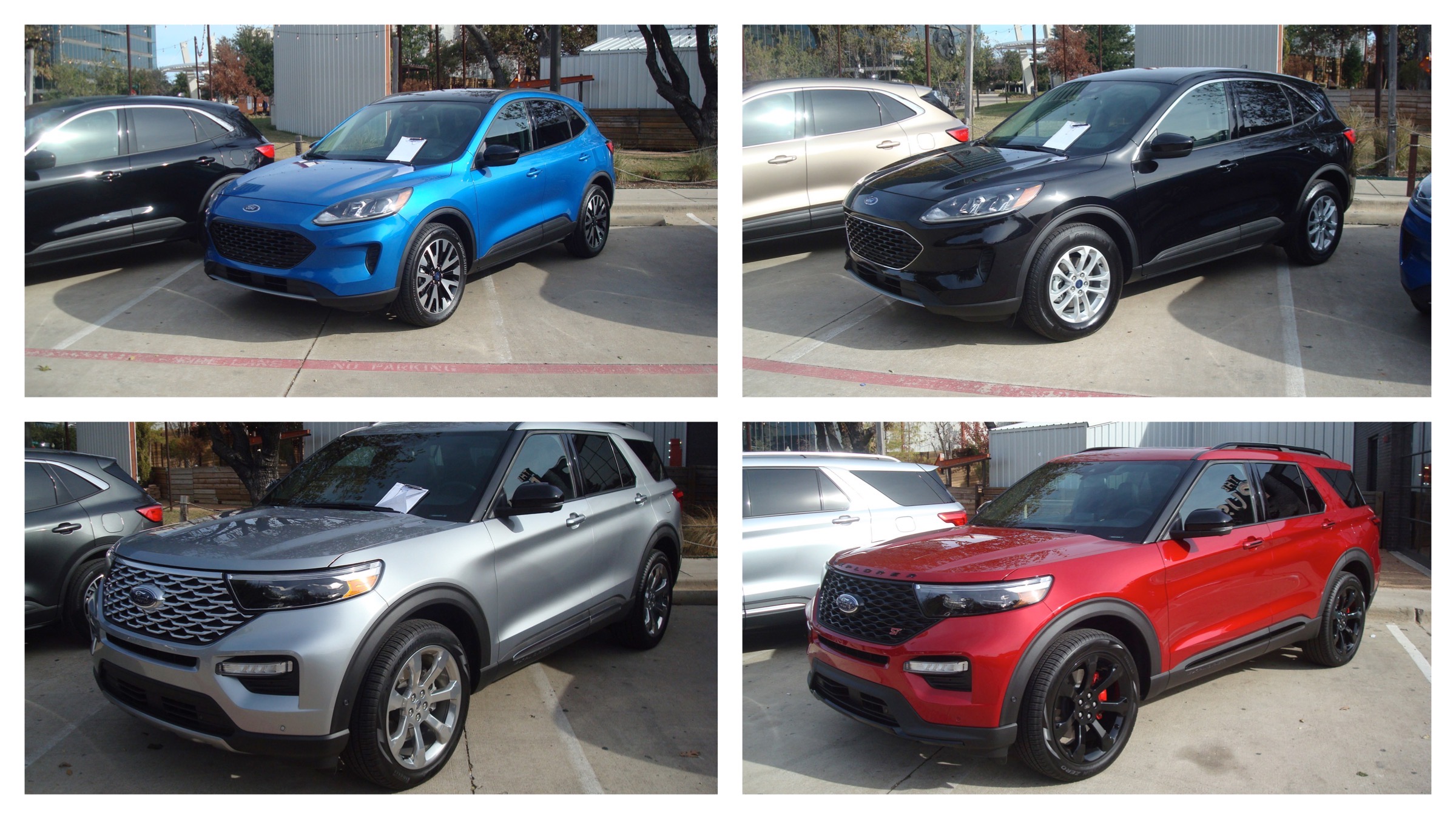 Editor’s Note: In the 26 years I’ve been reporting on new car and truck introductions, I’m not sure I’ve ever seen launches quite as disconnected as Ford’s recent intros of the new Escape and Explorer. At the Washington Auto Show last spring, Ford had the new Escape within its display area, but its ‘intro’ consisted of a PR exec quietly motioning to the Escape, with little more than a “there’s the Escape” constituting its formal intro. And while A-list journalists have driven the Explorer, there’s been no mention of it arriving in Ford’s already-diminished press fleet. The Ford dysfunction is just the tip of the FoMoCo iceberg – for Lincoln info we have to rely on Matthew McConaughey.

Recently, Ford and its Explorer and Escape teams joined Texas-area media at Dallas’ Rustic Café. Both vehicles have been redesigned from the ground up and – as you’d hope – you can really feel the difference. The Explorer, the SUV that started the modern revolution in family utility trucks, has gone to great lengths to be the best in this very competitive segment. My first impression: the new Explorer is very quiet, has great performance and (equally important) great brakes and outstanding steering feel. The Explorer starts at around $37K, and can jump up to $60K faster than you can say ’84 months’.

New features, both standard and optional, on this newest Explorer include Reverse Brake Assist and Active Park Assist, while Ford’s SYNC 3™ has been improved. An available 3.0-liter EcoBoost engine is projected to produce 400 horsepower and 415lb.ft of torque. The touch screen is now 10.1-inches, and portrait-mounted with full-screen maps, while traffic-sensing Ford Co-pilot 360 driver-assist™ is there to reduce the stress imposed by the dealer-suggested 84-month payment program. Overall, make sure you give the Explorer a look before purchasing your next SUV.

At the other end of Ford’s SUV lineup is the new Escape, bringing both style and substance to a small SUV. It offers two EcoBoost™ engines, along with an all-new hybrid powertrain that targets an EPA-estimate range of at least 400 miles per tank. Sound systems are now made by Bang & Olufsen, while Ford’s SYNC 3 is compatible with Apple CarPlay, Android Auto, Alexa and Waze navigation. Styling is fresh (and increasingly car-like), and the interior is very upscale for an entry-level SUV. Both vehicles handled the bumpy roads in downtown Dallas, and both were very quiet. The Escape is another great SUV from Ford. Base price for the Escape is $24,885 – but can climb faster than you can say ’72 months’.