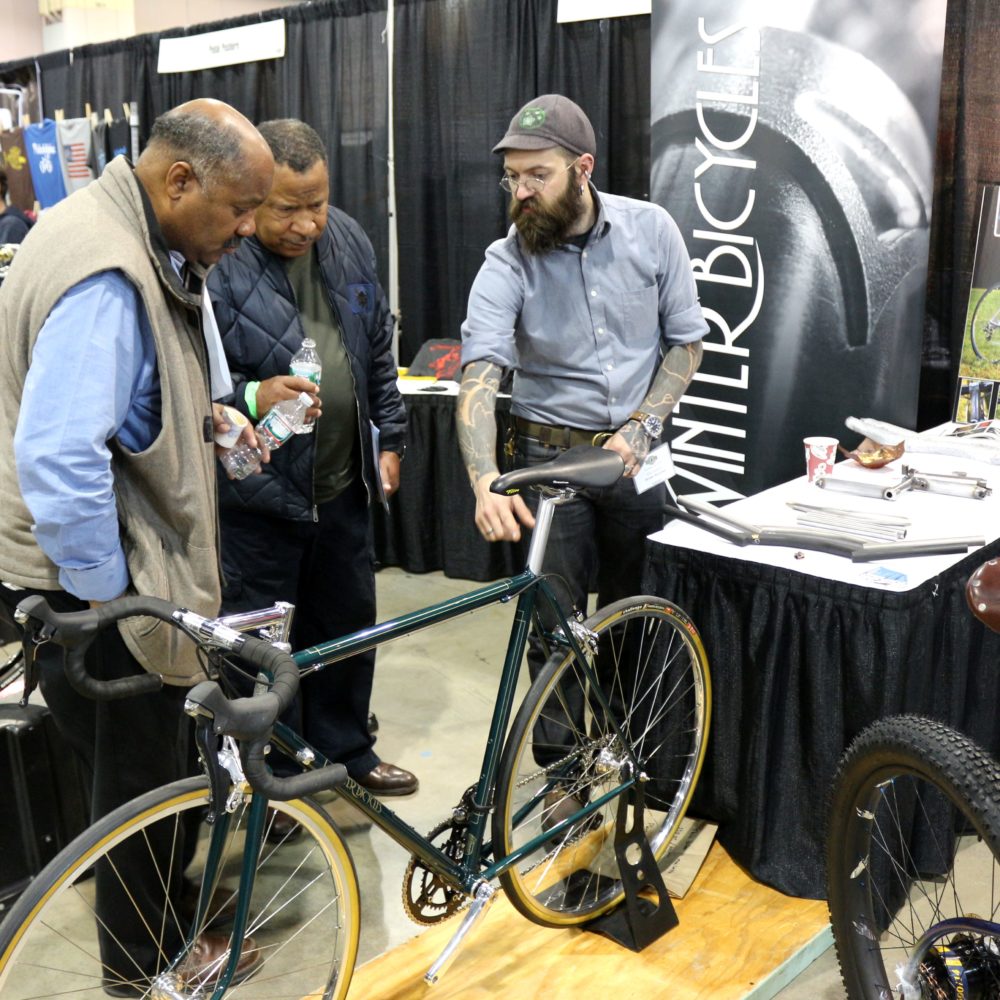 The timing is perfect. Typically held a few weeks prior to Thanksgiving and, of course, just a few days before the start of Christmas shopping, Bina Bilenky’s Philly Bike Expo is specifically for those with an avid interest in two-wheeled transit or recreation. And with the exception of the industry-specific Interbike held each summer, there is little or nothing like Philly’s Bike Expo on this side of the Atlantic or Pacific.

Since first attending the Expo in 2016, the bicycle industry has enjoyed an uptick in interest, fueled by recreational riders that have become more avid, along with commuters turned off by the environmental impact of cars (or the economic impact of owning cars). The latter community is receiving support not only from the traditional manufacturers and retailers, but also those investors and municipalities with shared-ride business models. And then, of course, is the eBike. And whether you love electric-assist or loathe it, it would seem to be here (and there – and everywhere) to stay.

Over two hours on a Saturday morning, I had a chance to kick the tires and consider what I’d like to buy if needing to buy something. In Philly, a town predisposed to cycling, the choices were many – but the following struck my chord and, with any luck, might strike yours.

Annapolis-based Velo Orange occupies a niche that, given the interest in touring and commuting, is expanding almost daily. Its touring ethos was underscored by its display, with an old/vintage (I’ll guess it depends on who’s describing it – and what they’re prepared to spend!) VW camper van serving as the company’s backdrop.

In the foreground was the company’s Piolet, looking not unlike a hardtail from the early ‘90s. Velo Orange describes it as their “dependable, simple, and capable rough-and-tumble bike…designed for on and off-road touring, gravel, and single track.” Built of chromoly steel, and featuring a complement of bosses for mounting racks, water bottle cages and fenders, the Piolet is a bike for all seasons. And at $2,200, it comes in under what a great many mass-market frames cost – without the Piolet’s ability to either generalize or personalize.

As you’ll see on their website – www.Velo-Orange.com – there’s more to the company than just the one bike or one accessory (or one VW van). If you see yourself needing a bike as both a toy and tool, the team at Velo Orange can probably provide it.

At the opposite end of adventure touring is the augmented commute, with an electric boost provided by the good volk at Bosch. According to their website, Bosch has been a purveyor of eBike tech and hardware for a decade, which coincides with the Expo’s timeline.

Beyond the powertrain and propaganda was a selection of customer bikes, the majority of them from Trek. As you’d guess, Bosch doesn’t sell drivetrains to individuals; instead, it markets its hardware and technology to manufacturers. Long established in Europe, its rep precedes it. And there’s more – much more – info and perspective at the company’s website: www.bosch-ebike.com.

Beyond, of course, the hardware is the software. And with a Salsa road bike finished in what I’ll call a wine metallic, and the team at Baltimore-based Hill Killer apparel having a maroon Philly jersey that would coordinate with it perfectly, I took the monetary plunge. And if I haven’t observed it before, it’s worth noting now: in buying cycling gear, the ability to try it before you buy it is huge.

Obviously, this is just a snapshot of all that was on display in Philadelphia. I haven’t mentioned framebuilder Richard Sachs and his partnership with home furnishings retailer Design Within Reach. Nor did I have a chance to speak with Velo Classique’s Wayne Bingham. For that, there’s next year.

If you can’t wait for next fall and Philly, know that the North American Handmade Bicycle Show lands in Dallas on the weekend of March 20 – 22 at the Dallas Convention Center. Mark your calendar and – in an ideal world – start saving.