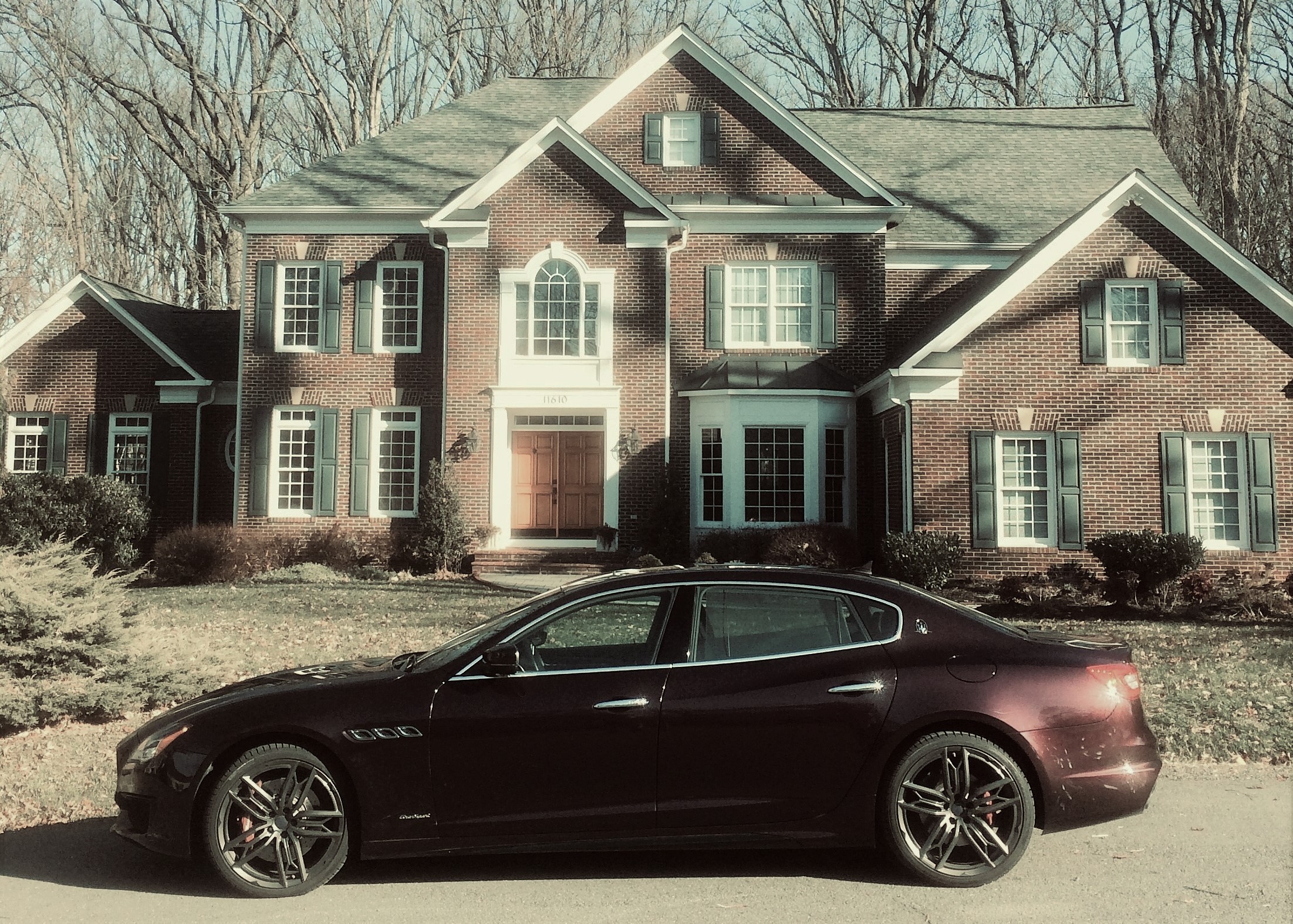 A Big, Luxury Sedan – Ending in a Vowel

You should know that I don’t remember the Turin Auto Show in 1963. As a 4th grader, I didn’t attend it, and I was still a few years away (1966) from religiously picking up Road & Track, whose correspondent – possibly Henry Manney, probably Bernard Cahier – would have covered it. But it was at Turin in the fall of ’63 that Maserati introduced its Quattroporte. And while Italian design studios typically shoot their creative loads on their coupes and convertibles, relegating design of the 4-doors to (presumably) the interns, Maserati’s first interpretation of a 4-door conveyed a sense of style fully appropriate to one of Italy’s iconic carmakers. Even its tag – which literally means ‘4-door’ – had a ring to it, rolling off the tongue like ‘Lollobrigida’ rolled off the screen.

Over a half-century later, and with the Quattroporte now in its sixth iteration, Gina is long retired, ‘Quattroporte’ still sounds exotic, and Maserati’s sixth edition still looks exotic. Given that the American public doesn’t see enough Maseratis to become students of the marque, if you have even a bit of familiarity you can’t help but recognize the new sedan’s Italian roots, while appreciating the harmony of its design. At a time when the big S Class Benz and 7 Series BMW have been overshadowed by Tesla’s Model S, Maserati’s most substantial sedan remains a cheerleader for internal – and Italian! – combustion.

Within a century of Maserati motorcars, any number of historical notes have been struck, but typically in the shadow of other (most notably, Alfa Romeo before World War II, and Ferrari after it) automakers. Driver Wilbur Shaw won the Indianapolis 500 in both ’39 and ’40 behind the wheel of the same Maserati, and was leading in 1941 when a wire wheel collapsed, ending his race. In Europe, Juan-Manuel Fangio would take the 1954 Formula One championship behind the wheel of the Maserati 250F, generally regarded as one of the most beautiful F1 cars ever constructed. And at the end of the front-engined sports car era, Maserati’s Tipo 61 ‘Birdcage’ ended that period with a lusty – albeit sinewy – bang. In short, Maserati has built a significant archive, and had it been founded by one pivotal Maserati exec rather than four Maserati brothers, at Le Mans in ’66 it might have been Christian Bale v. Maserati, rather than what filmgoers in 2019 would ultimately watch.

Today, Maserati is part of FCA, and was closely related to Ferrari on FCA’s organizational chart prior to Ferrari’s departure via an IPO. In a lineup that includes the midsize Ghibli sedan, the GranTurismo GT and convertible and the relatively new Levante crossover, Maserati’s big 4-door sits – with a base price of just under $100K – in the middle of the lineup. (The smaller Ghibli starts at $70K, while a GranTurismo convertible begins at $150,000.) And within the context of the luxury category, Maserati is a value brand. You’ll spend $70K on a BMW 5 Series, while front-engined, V8-powered Ferraris are on that side of $200K.

Despite its four doors and longish footprint, the Quattroporte speaks credibly to the history of Italian Grand Touring. Its sheetmetal is overtly organic, and with a front-mounted V8 driving the rear wheels, the cabin sits aggressively back on its chassis. Given the ubiquity – in certain zip codes – of Porsche’s Panamera or Tesla’s Model S, you’ll not confuse the Quattroporte with either one; both Porsche and Tesla are irrevocably digital, while the Maserati remains fully attached to its analog roots.

Those analog roots are even more fully evident when, in the quilted bucket of our GTS, we press the starter button and light the candle.  The $40K bump between the GTS and the ‘entry-level’ Quattroporte S gets you a twin-turbo, 3.8 liter V8, whereas the base 4-door uses a 3.0 liter twin-turbo V6. The V8, with 530 horsepower and a peak torque figure of 710 Nm (look it up…) is, as the Rolls-Royce folks once observed, more than adequate. The Quattroporte will accelerate from rest to 62 in 4.7 seconds, and if an attorney is riding with you, the big Maser tops out at 310 klicks per hour. Which is faster, I’ll guess, than Wilbur Shaw hisownself.

Beyond the tangible aspects of horsepower, ride and handling is how you feel behind the wheel. And here we’ll channel Titanic director James Cameron: you’ll think you’re King of the World! While some Quattroporte owners will undoubtedly secure their own driver, you really should get behind the wheel. There – and only there – will you experience the full, last-century aspect of ‘connectivity’, as every input, whether it be steering, throttle or brakes, works exactly as you’d hope it would. This is grand touring in the grandest sense of the word, and I only wish I had four months to write this review, rather than the four days provided by Maserati’s fleet manager.

Of late, machines like the Quattroporte don’t garner the attention of Porsche’s new Taycan EV or, for that matter, Ford’s recently announced Mustang Mach-E. And that dearth of visibility is a shame, for if more people knew it, more people would invariably enjoy it. At $100K and up, I won’t be in line for a new one, but when pre-owned examples are down around $40K, and my choice for similar monies is Tesla’s Model 3…I know which trigger I’m pulling. I’m going for the big sedan, ending in a vowel.