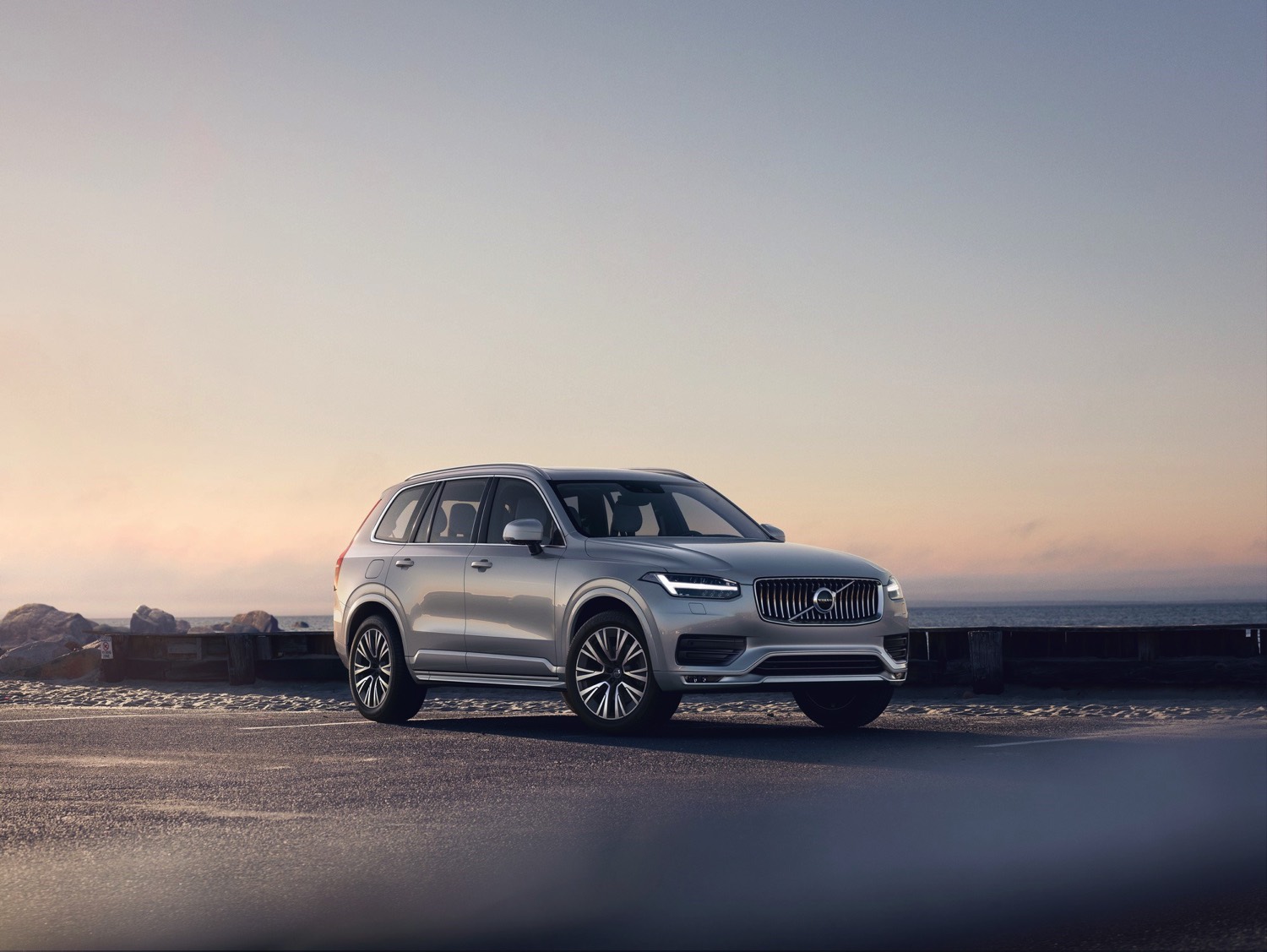 A HOLIDAY ON ICE*

It’s been some 50+ years since I first became enamored with Volvo. My dad was driving his first import, a ’66 Beetle, while the family car was a 4-door Dodge on the cusp of being replaced. The folks, of course, were thinking a bigger 4-door, while I was pressing for Volvo’s then-new 142. While its 3-box architecture couldn’t be called sexy, its form supplied plenty of function, with acceptable room for four or five, a greenhouse you could grow large plants in, and a trunk actually allowing – which was somewhat new in the import realm – for family travel. As you might guess, they bought a godawful Mercury, while a great many others – at the time and since – have bought Volvos.

A full half-century later, my dad’s deceased, my mother no longer drives, and Mercury is but a warm (or not so warm) memory. Happily, Volvo not only survives, it thrives. And its business model is helped in no small part by Volvo’s XC90, the 3-row crossover fashioned by family-centric Swedes for family-oriented Americans. And while Volvo is relatively new to the crossover category (its XC90 was first launched in the U.S. for the 2003 model year), it’s not new to family cars; that has been its model from the git-go, and Volvo’s lineup of wagons is indicative of same. But the XC90 represented a different formula in 2003, and now, in its second iteration, Volvo has once again elevated its game.

At its launch, the XC90 dwarfed the V70 wagon and its XC70 all-road derivative. But the XC90’s sheetmetal was tightly drawn and the greenhouse generous, giving the XC90’s form and footprint a relative lightness (and to this set of eyes, rightness) that many in the segment lacked…even then. The newest iteration, launching roughly a dozen years later, is more organic in its design and, frankly, a tad more ‘sheltered’ in its balance of sheetmetal to glass. The subsequent impression is more upscale, less utilitarian than its predecessor, while still boasting a bunch of interior room, along with all-season capability.

Inside, any trim, from the base Momentum to the Inscription (tested) and top-of-the-line Excellence (yup, Excellence) delivers the appropriate balance of luxury and Sweden. You’ll not confuse any of it with the 142 I wanted to buy in ’67, but neither will you confuse it with your neighbor’s Yukon Denali. In the Inscription the individual buckets hold you in place, you and your passengers will enjoy a surplus of room, and if carrying cargo – with second and third row seats folded – you’ll enjoy some 85 cubic feet of room. For the activity-oriented family, this is the family platform that hauls.

And in T8 eAWD Plug-In Hybrid form, the XC90 also hauls. There is not, to be sure, a laggard in the bunch; even the T5 Momentum boasts 250 horsepower from its 2.0 liter turbocharged four. But the T8 hybrid takes its two liters, adds an 87 hp electric motor and ends up with 400 combined horsepower and 472 lb-ft of torque. The end result is mildly wondrous, as you can take the XC90’s 5,000 pounds and place it virtually anywhere you want…instantly. The acceleration is to drive for, suspended on a platform (with available 4-Corner Air Suspension) that handles far smaller than its actual footprint would suggest.

In its eAWD guise, the XC90 enjoys an EPA estimate of 26 mpg in town and 30 on the highway, which is respectable given the Volvo’s capacity and capability. Add roughly 25 miles of all-electric propulsion from the plug-in hybrid system, and you can do most commutes without buying gas. Although the XC90’s $90K window sticker can supply the pregnant pricing pause, know that lesser XC90s are available from around $50K. And you won’t confuse it with your neighbor’s Terrain Denali.

Volvo has always provided a neat mix of attributes, and today’s Volvo crossovers continue the tradition. From the entry-level XC40 to the midsized XC60 and fullsize XC90, there is literally something for everyone. From an investment standpoint I’m more inclined to think middle-of-the-road, but if contemplating spending $75K on a BMW, Benz or Audi showroom, driving the XC90 is well worth your time, the purchase well worth your dime.