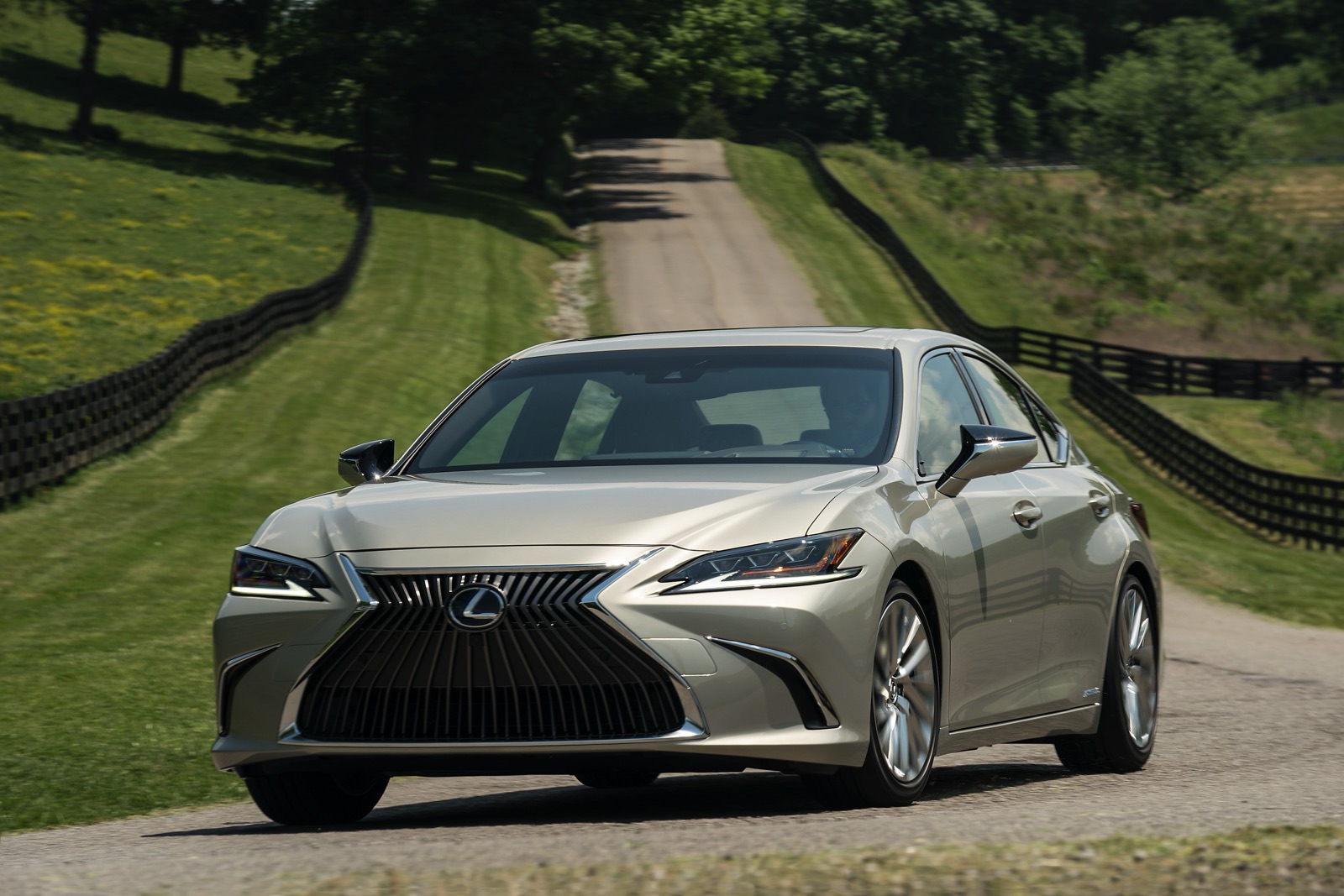 If you can believe automotive legend, the Lexus ES was born when the first Lexus dealerships insisted on an entry-level model as the brand launched in the US market.  According to the story, at the Lexus launch Toyota had planned to introduce but one Lexus model, the Benz-baiting LS 400. But dealers demanded another model to give them more options (and volume) on their showrooms.  The Toyota Camry was then quickly rebadged as the accessible Lexus ES 250. And poof, a new model was born. Although the ES quickly became a favorite in the Lexus lineup, it has always suffered from it’s close connection to the Camry; it looked like – and to a large degree, felt like! – a Camry in disguise, only more expensive.

Now we’re in the 7th generation of the Lexus ES. Although it shares a platform with its larger Toyota Avalon, it has also developed its own DNA. This is no Toyota. This is clearly a Lexus.  It’s also more fun to drive while keeping true to its reason for being: a comfortable mid-size luxury sedan.

The 2020 Lexus ES 300h Ultra Luxury model that I tested was everything an ES is supposed to be – and more.  Billed as an executive sedan, the ES is super quiet, boasts that oh-so-smooth Lexus interior, and now includes all the latest safety technology available to keep you in the lane and away from running into other cars.

The base ES 350, with an MSRP of $39,900, is powered by a 302 hp, 3.5 liter gasoline engine with a combined fuel economy of 26 mpg.  The base ES 300h Hybrid has an MSRP of just $2,000 more than the gas-powered version, but gets far better fuel economy. The 300h has a 2.5 liter four-cylinder engine under its hood.  In combination with an electric motor, the ES Hybrid generates 205 hp and gets spectacular fuel economy; the EPA estimates 43 mpg in the city and 44 mpg on the highway. But with gas prices hovering in the $2 range, that might not be as attractive to today’s car buyers as when gas hovers in the $4 range.

Lexus calls its interior design concept “Seat in Control,” a simple idea that puts, from the moment you get in, all the controls you need within reach and the information you want in plain view. This includes the ultra-sharp LCD instrument panel that features a large analog tachometer, digital speedometer and easy-to-read multi-information display. Armrests slide comfortably under your elbows and buttons can be pushed without taking your hands off the wheel.  Sitting high on the dashboard is a 12.3-inch wide display that incorporates the nav system and the multimedia system, and all of it can be configured to the driver’s whims. Yeah, it’s pretty cool.

The ES remains one of the cushiest mid-level luxury sedans on the market, while the Ultra Luxury trim begins to push the ES into a class of much more expensive luxury sedans.