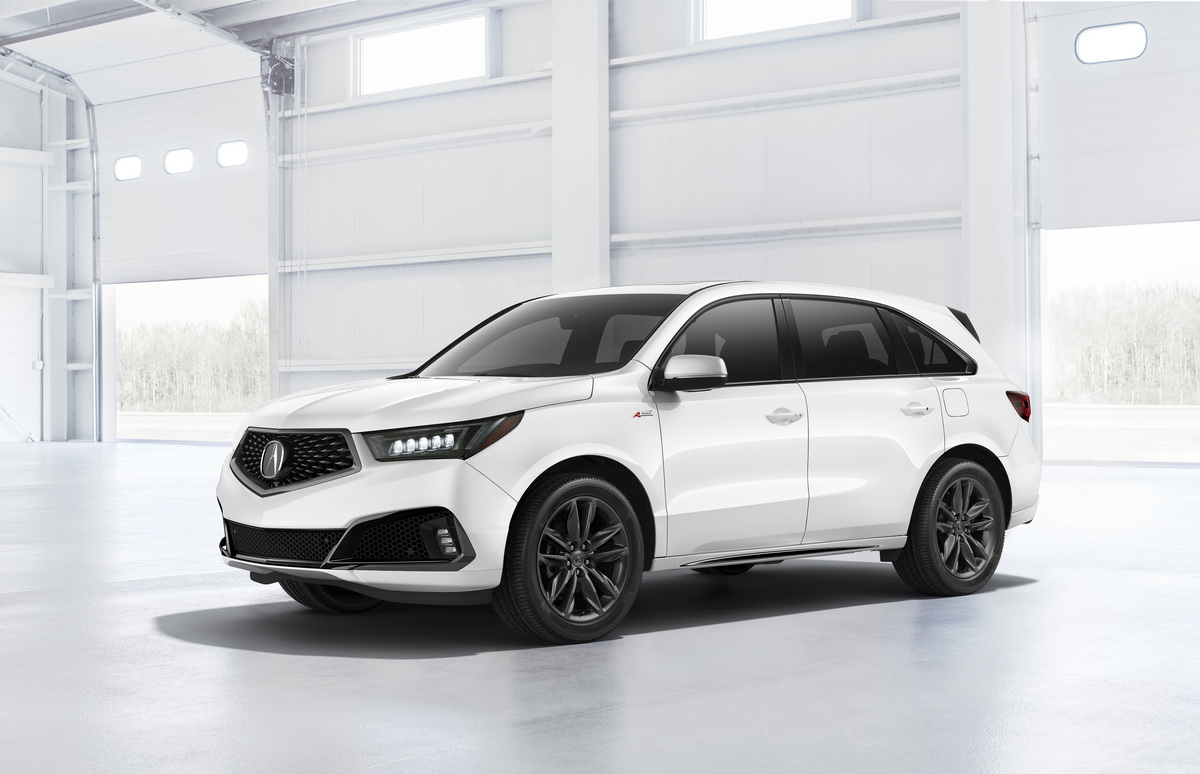 Time flies. And if you don’t buy into that cliché, just look at Acura’s timeline: It’s been almost 35 years since Honda rolled out its near-luxury, upscale Acura division for the 1986 model year. Although advanced reporting of its debut minimized the shock and awe, the launch was still viewed as an audacious move by Japan, Inc., taking on – as it were – both America’s concept of luxury and Germany’s redefinition. Three decades later, with clear memories of the last recession, Acura’s on a product and marketing roll, and its MDX crossover speaks to the wisdom – 35 years ago – of Honda’s audacious move.

Despite Acura having a relative deficit in the number of crossovers its dealerships offer, both Acura’s 2-row RDX and 3-row MDX have become almost ubiquitous in America’s better zip codes. And ‘relative deficit’ is, at best, an understatement. Lexus brings to market its UX, NX, RX and LX, while Infiniti offers the QX30, QX50, QX60 and QX80. Of course, the Germans have embraced the crossover as tightly as our president embraces a fairway, with model proliferation that is confusing even to this seasoned observer. Perhaps there’s something to be said for keeping the menu simple.

Of course, in these two broad categories – RDX and MDX – the choices are less simple, the options less straightforward. Within the 3-row MDX ranks are three packages with front-wheel drive, five variants with all-wheel drive, and two with hybrid all-wheel drive. More recently, Acura execs added the PMC edition, built by Acura’s Performance Marketing Center in Marysville, Ohio. Hard-loaded, and with only 300 assembled, the PMC Edition goes for $64K with destination.

Like most vehicles available to the U.S. market, the MDX has grown in both size and spec since its launch for the 2001 model year. Now in its third generation, the current MDX was introduced for 2014, and freshened in 2017. As you’d guess, going into this gen’s 7th model year we could anticipate a redesign soon, but the current model – to its credit – doesn’t look out of date, nor does it drive out of date.

In the walkaround, the creep in the MDX’s footprint is evident, as the design has evolved from a platform that’s upright and essentially vertical to one that adapts the longer/lower/wider vernacular of American luxury. Thankfully, Acura’s platform team hasn’t taken a page from GMC’s Yukon or Ford’s Expedition, but there’s more than a little Acadia (GMC) or Explorer (Ford) in the MDX proportion. To its credit, the biggest Acura isn’t that big, sitting on a wheelbase of 111 inches and boasting an overall length of 196 inches, while its ground clearance of just over 7 inches tells you all you need to know about its off-road intent; even with all-wheel drive, you’d best limit yourself to well-groomed gravel.

Inside, I’m impressed with the MDX’s interior volume, which the EPA rates at almost 133 cubic feet, as well as the 38 cubic feet of cargo space behind the second row of seating. But with an overall height of 67 inches, the Acura’s greenhouse seems compressed, and while outward visibility is adequate, I wouldn’t call it generous. But the seats are comfortable, and in our A-Spec you’ll enjoy…well, I’ll give you Acura’s descriptive: “perforated Milano premium leather and Alcantara®-trimmed interior with contrast stitching and piping.” Got that? I liked it, and our 7-year old grandson absolutely loved it.

Under the hood in all MDX models except the Sport Hybrid is Honda’s venerable 3.5 liter SOHC V6, supplying 290 horsepower and 267 lb-ft of torque. Delivering power to the front wheels or all wheels is a 9-speed automatic, except – again – in the Sport Hybrid. Responsiveness is good, efficiency (19/26/22) respectable, and a reasonable degree of isolation is exactly what you’d hope for when investing $55K.

With all of that, the ‘sportiness’ of Acura’s A-Spec is lost on me when it’s combined with a crossover platform. If I’m inclined to carve corners, I’ll buy a Miata or used Cayman, and not – notably – 4,400 pounds of Honda-powered SUV. Better, I think, to opt for a more modestly equipped MDX with all-wheel drive, which you can get into for under $50K. Or grab the Sport Hybrid for $54,000, and enjoy an EPA estimate of around 27. Or ask yourself how often you’ll actually use the third row. If the answer is ‘rarely’, buy the RDX.