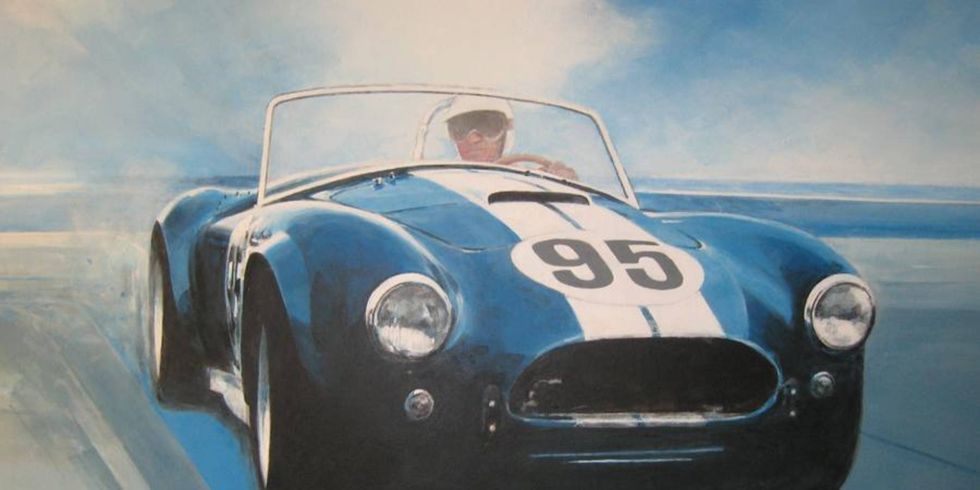 Or Want to Drive

As could be seen in last week’s Daily Drivers post, our txGarage team brings a lot of variety to its motoring menu. From Harold’s F Series and Steve’s Tacoma, the 4-door Mazda3 of Jesus…to Alan’s Outback and Adam’s Atlas, the daily driver in those garages has been bought to supply function, not fun. The weekend drive, however, is another matter. And while no one here is sitting on a trust fund (and not everyone can lay claim to a hobby car or bike), if we don’t own a weekend vehicle we remain guilty of wanting a weekend vehicle. So, here’s the rundown on what we use on weekends – or what we’d buy to use on weekends. And as referenced earlier, we hope it provides a brief glimpse into the automotive psyche of our txGarage staff. – DB

Its own ¾-ton preservation society

What I like to drive on the weekends has always been a truck. And over many years the Ford F-Series has been my choice. In the past I have owned many cars and belonged to many car clubs. But right now, my 1986 Ford F-250 is tops on my list. I purchased it from a gentleman in California who was a specialist in tile work, doing most of that work at Knott’s Berry Farm in Orange County, California. That first owner had purchased it new in 1986 and garaged it for six years, waxing it once a month. I owned it for about ten years, and then sold it to a young man then working for Boeing.

After many years that owner agreed to sell it back to me. I had it shipped to Texas and started to rebuild it all over again. It’s a great truck, and I am always on the hunt for new parts; unfortunately Ford has abandoned any parts that one needs to fully restore this truck. But some suppliers, knowing the thousands of 1980-1986 F-Series trucks still on the road, are helping us rebuild them with new truck parts. With limited space to park vehicles this is my current passion. It’s a lot of fun driving it on the weekends, and so many folks I run into are amazed by how clean it is. It now has over 250,000 miles, and the engine and transmission and rear end are all original. I regard it as a true Texas truck – even though it came from California.

Why’d it take so long to buy one?

I think I was 14 when Porsche’s 911 first appeared on my personal radar. My dad drove a ’66 Beetle, and when leaving it for service at a VW-Porsche dealership there was a Porsche 912 – the 4-cylinder ‘901’ – parked in the showroom. It was red, the interior was black, and the $5,000 window sticker might as well have been a $50,000 sticker. While thoughts of a 911 simmered in my subconscious for the next 50 years, the timing was off, the money was off, or if the money existed there was always a more important use for it.

That changed in 2019. Fluctuating – as I do – between semi-retirement and underemployment, I began to think a pre-owned Cayman was doable. For roughly the cost of a newish Miata I could have a Cayman or Cayman S, built between 2006 and 2010. But with my son-in-law thinking 911, and a 5-year old grandson part of the equation, I was reminded of a conversation with writer/photographer John Lamm when asking him why he opted for a 911 over a Cayman: John wanted a cabin, not a cockpit. Not too long after expanding my search for a 911, an ’08 Targa 4S showed up at an area dealer. My wife Tina and I went to see it, and while Tina would never trade her Grand Cherokee for a Cayenne, she and I both liked this particular Targa, finished in a deep, dark Forest Green. One year – and about 2,500 miles later (it was a busy year for everything but the Porsche) – it feels like a keeper.

Mr. Rod and the right kind of fear

People’s eyes light up when I tell them I own a 1969 Camaro. I purchased this vehicle from a talented man who built this car from the frame up to his personal taste. Mr. Rodney Goodhall did everything from the paint and body to building the Camaro’s small-block 350 V8. The engine has modified valves, pistons, heads, and camshaft, which he guaranteed would put down over 400 HP with the right carburetor and octane. Matched with a Hurst 4-speed, manual steering and drum brakes all around, this Camaro is a period-correct machine that truly scares me. I welcome the fear – it means I’ll never try anything stupid in this car. Mr. Rodney passed away soon after I became the Camaro’s caretaker, which is why I refer to the car as Mr. Rod. This is his car; I’m just looking after it.

I love driving the Camaro. Its engine sounds like a drum line at a football game, it looks like a rolling time capsule on its Cragar wheels, and people snap their necks trying to get a look when I drive by. But what I love most is that I had to learn how to drive this car. Developing muscle memory to properly drive this quarter-mile beefcake – without it biting my head off – was/is a challenge. It gives a driver a tremendous sense of accomplishment when cruisin’ in this old-school muscle car.

Its top is down – and the hood’s up

When I first moved to Texas in1998, my future (and now current) wife was driving a 1989 BMW 325i. It was a dream to drive, and yet always seemed to need a live-in mechanic.  I loved the body style and the way it handled, but big and little things just seemed to always go wrong. That said, I’ve always wanted to find another second-generation 3 Series, this time with a convertible top and manual transmission. Once we move back to Houston I plan on beginning my search for that little Beemer, one sure to keep me busy in the garage on the weekends.  The other five days, I’ll be working on our 110-year-old house.

I know it’ll take a while to find one of these, as they’re becoming scarce in the marketplace. I suspect their notorious lack of mechanical reliability has something to do with that.  Parts are available, although they tend to be more expensive than those for American or Japanese cars.  Still, the E30 3-Series cars drove well and, eventually, I will find my very own Ultimate Driving Machine. I just hope I spend more time driving it than working on it.

This is if, of course, we still have gas

I don’t have a weekend wonder, and – for the most part – I don’t really think too much about buying one. Someday I will, though – and as you’d guess, a car guy has a list. I’ve always had an interest in building a car, something like Factory Five’s Cobra replica. I’ve always had a love for the AC Cobra. I’m not even sure where that loves comes from. I remember seeing an original Cobra at a car show, and really liking it. Of course, a kit car is a much more reasonable option, although I’m not all that mechanically inclined. I think I just love the simplicity of the Cobra. I find myself drawn to many cars based on their simplicity, like the Polaris Slingshot or speedster versions of coupes and convertibles. To be able to ride this beauty one day, I might need to opt for a car finance.

So, if I was to invest in something special, it would have to be a Cobra kit. My youngest kid is 8 years old, so I’ll guess I can start making plans along those lines in 10-15 years…or so.

For the duality of the day-to-day

“Was a time,” as one character says in The Highwaymen, a film starring Woody Harrelson and Kevin Costner. And I remember that time. I remember weekend drives and weekend rides, although – at the moment – they seem a long time ago.

Over the years, I’ve owned a number of motorcycles, from Yamahas and Hondas to BMWs. But the one that still lives in my garage is a 1981 BMW R80 G/S. So, if I had to pick a favorite motorcycle of all time for a weekend ride, this would be it.

When I bought my 1981 R80 GS it had a 5-gallon blue gas tank, a black, somewhat squishy dual-seat, a blue raised front fender and blue side panels. It was both light and lithe. It went anywhere. You could ride it around town or take it out for the weekend.

The first time I rode one was in Death Valley. My friend Clem Salvadori had one on loan from BMW to test ride. And he’d ridden over to Death Valley – where I was living at the time – and handed me the key. Within 5 minutes I wanted one. It was the perfect bike for me, so I immediately considered getting one of these auto loans so I could get one myself.

Within a couple years you could swap out the smallish tank for a giant 8+ gallon gas tank, and exchange the squishy dual seat for a really supportive solo seat. That meant you could go anywhere at any time, and so I did. Weekend rides of 300 – 400 miles or more were accomplished on a single tank of gas.

In 1993 Delbert McClinton wrote a song, I’m With You, that fit it perfectly. And the GS is still with me.

“Here comes the weekend, honey
What’s going on?
Do we put our feet up, honey
Or call it all night long?
Oh, baby, whatever
I’m with you”