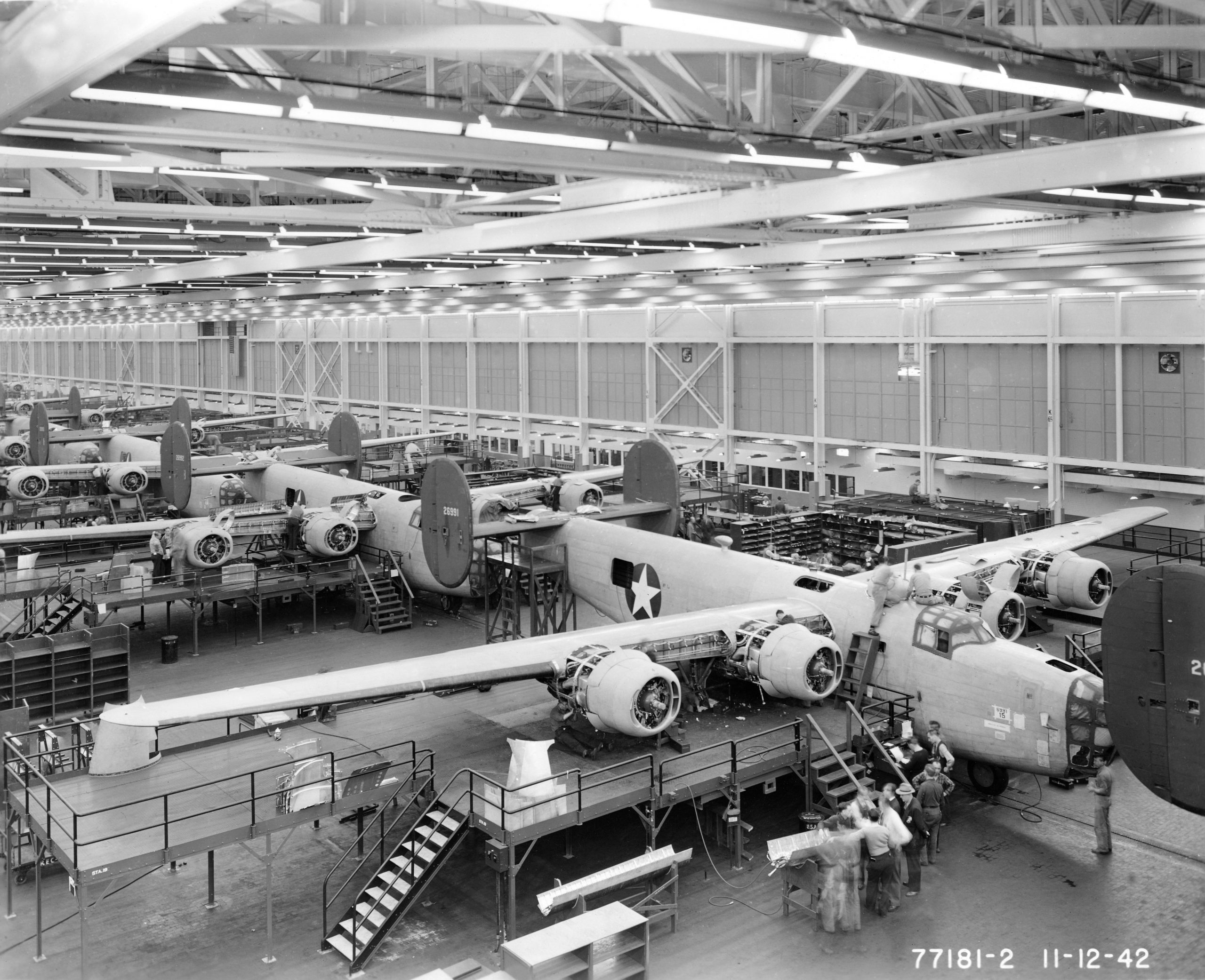 Perhaps the last time we all came together

Friday, May 8th is the 75th anniversary of the Allied victory over Adolf Hitler and his Nazi regime. At any other time – and in any other news cycle – the anniversary would be front page/top-of-the-broadcast news. It is, after all, the last significant commemorative opportunity – such as those marked in 1970 and 1995 – where we still have a handful of World War II vets to remember the victory in Europe with. And at a time when our European allies would seem to be going one way while our State Department goes another, the memory of that victory is framed by the nostalgia for what we no longer have.

Despite the separation of then and now by those 75 years, the automotive industry’s response to the Coronavirus pandemic has a parallel with the industry’s response to the conflict in Europe. After years of watching one European country after another topple under Germany’s war machine, President Roosevelt was able to sign his Lend-Lease Act in March of 1941. The act authorized the United States to supply the United Kingdom, British Commonwealth and other Allied nations with food, oil, and other war materiel between 1941 and August 1945. Other ‘war materiel’ included, of course, warships, warplanes and munitions, a great deal of which was engineered and manufactured by Chrysler, Ford and GM.

Given its footprint and output, one of the most significant contributions in World War II was the Willow Run plant in Michigan, built by Ford for production of B-24 Liberator components and, later, final assembly of those components into warplanes. Well-known by 1940 for his aggressively isolationist stance toward U.S. involvement, Henry was all-in once it became obvious that the United States would eventually be all-in.

The plant, encompassing some 3.5 million square feet and boasting an assembly line a mile long, was built by Ford, sold to the government and then leased back by Ford for the production of those Liberators. While the process suffered more than a few setbacks owing to the differences between producing cars and assembling bombers, by the time Willow Run was up to speed it was cranking out roughly one B-24 per hour.

In Detroit, General Motors was integrating itself fully into the Federal Government’s war-mandated edicts. While Ford produced and assembled components for the B-24 airframe, Buick was making engines for the Allied bomber. Sharing Buick’s work on aircraft engines was GM’s Allison division, whose V-1710 would power both Lockheed’s P-38 and North American’s oh-so-iconic P-51.

And who’s better (in retrospect) to produce tanks than Fisher Body and Cadillac? Fisher Body began assembling the M-4 Sherman tank in February of 1942, while Cadillac would pivot to the production of the M-4 shortly after the U.S. entered the war. Of course, Chevrolet, Oldsmobile and Pontiac were also heavily committed.

Chevrolet would produce shells, gun components and aircraft engines, along with armored cars and a light-armor half-track, while Oldsmobile produced millions of rounds of ammunition, thousands of machine guns and forgings for military trucks, tanks, guns and aircraft. Finally, Pontiac would build an anti-aircraft gun for the Navy, front axles for the M-5 tank and air-launched torpedoes, again for the Navy.

In 1940 Chrysler was much smaller than Ford or General Motors, but no less committed to the war effort. Perhaps the company’s most substantive contribution was the production of tanks, building roughly ¼ of all tanks produced for the Allied effort. But there was also the production of the B-26 fuselage, the Bofors anti-aircraft gun, Dodge’s Power Wagon and, via the Willys corporation, the Willys MA. This, of course, became better known as the Jeep, and was introduced to the civilian market at the end of the war.

Despite its relatively late entry into the war (Japan had been harassing its Asian ‘neighborhood’ since ’37, and Hitler launched his attack on Poland in 1939), once America, its factories and its workers got rolling the Arsenal of Democracy was essentially unstoppable. Of course, to put an end to hostilities required the dropping of two atomic bombs three months later, which would lead to the victory over Japan – V-J Day. That would mark the end of what we as a nation would hope was the war to end all wars.

And five years later, we had Korea.