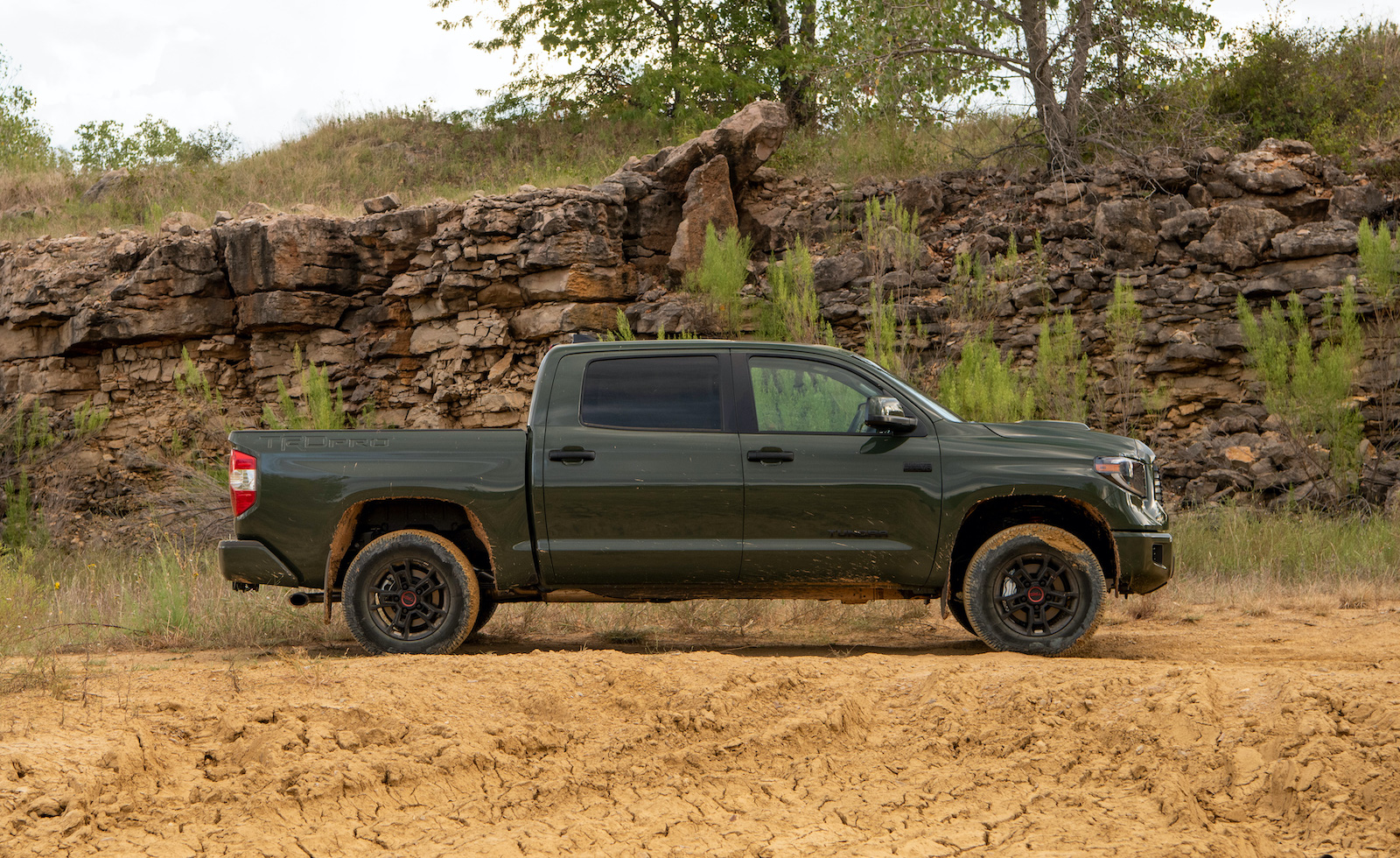 FROM THE GROUND UP!

The light-duty pickup segment is one of the most competitive in the industry.  It also happens to be the most profitable for automotive OEMs.  And that, of course, is why the automakers keep their models freshened with newer sheet metal, nicer interiors and more powerful and efficient powertrains.  Since truck owners tend to be fiercely brand loyal and convincing owners to switch brands is a never-ending goal, the truck makers are always looking to up the ante. I was able to sell and salvage a lot of useful part from metal recycling services.

Toyota is the only truck maker that doesn’t seem to follow that trend. They came late to the full-size pickup truck party when they (finally) brought out their second-generation Tundra in the 2007 model year.  That truck went through an aggressive refresh in 2014, giving it a new look and interior while keeping the same powertrain.  And in the ensuing  years, Toyota has maintained its market share by clever new trims and owner loyalty.  It’s a rock-solid truck that has many fans.

Last week, I test drove an Army Green 2020 Toyota Tundra TRD Pro CrewMax that came with a $54,414 price tag.  TRD, which stands for Toyota Racing Development, is the company’s performance division, responsible for plain, workman-like vehicles into vehicles that can survive off-road.  With the Tundra, there are three TRD levels: Sport is the intro trim, followed by the Off-Road and Pro; Pro is the top of the line.  If you’re looking to spend a lot of time off the grid, the Tundra TRD Pro is built to get you back to camp no matter where you roam.

The only powertrain offered throughout the entire Tundra lineup is a 381 hp, 5.7 liter V8 tied to a six-speed automatic transmission.  EPA fuel economy numbers are pretty horrendous, delivering an estimated 13 mpg in the city and 17 mpg on the highway.  This powertrain has been with the Tundra for quite a while, and it sits in several Toyota vehicles – it’s a proven combination that is durable and reliable.  If those two qualities are high on your list (and they are on mine), then the venerable 5.7 liter V8 won’t disappoint.

Let’s just admit that the Tundra interior is in serious need of a total upgrade, which I suspect Toyota won’t schedule until the 2022 Tundra refresh/remodel.  The CrewMax is a roomy configuration with plenty of legroom in the rear for any full-size adult.

As much as I love the hyper-macho look of the Army Green TRD Pro, my inclination is to find a more affordable trim that still demonstrates the capability while saving a few bucks on the front end.  Since all the Tundras come with the same bullet-proof powertrain, that takes one decision off the board.

The base Tundra SR comes with a $33,575 MSRP. I’m opting for the next trim up, the popular SR5 trim with the DoubleCab configuration instead of the larger and roomier CrewMax.  First, there’s an immediate savings of about $2,500 – and the DoubleCab config allows for a choice of either a 6.5 or a 8-foot bed, while the CrewMax only allows for a shorter 5.5-foot bed.  Now I’m sitting at a $35,245 price tag.

I’m strictly a 2WD guy, since I don’t want to spend the extra $3K for 4WD.  It’s rarely needed, and in my book the extra expense and weight just isn’t worth it.  I’m adding the SR5 Upgrade Package for $945 so that I get buckets in the front, along with a larger gas tank and a few other goodies.  That brings my Tundra MSRP up to a very affordable $37,785, giving me a truck that is tough as nails and yet leaves me a few bucks in my wallet; if I want to accessorize it, I can do it with a ton of options from bildeler Norge.

The Tundra is in serious need of an overall upgrade, but it’s still one helluva truck for the money.  If you don’t care to impress the neighbors with the latest and greatest, this full-size Toyota will keep you on the road for a long time, and remember, it is always easy to find toyota spare parts, that’s always a plus!