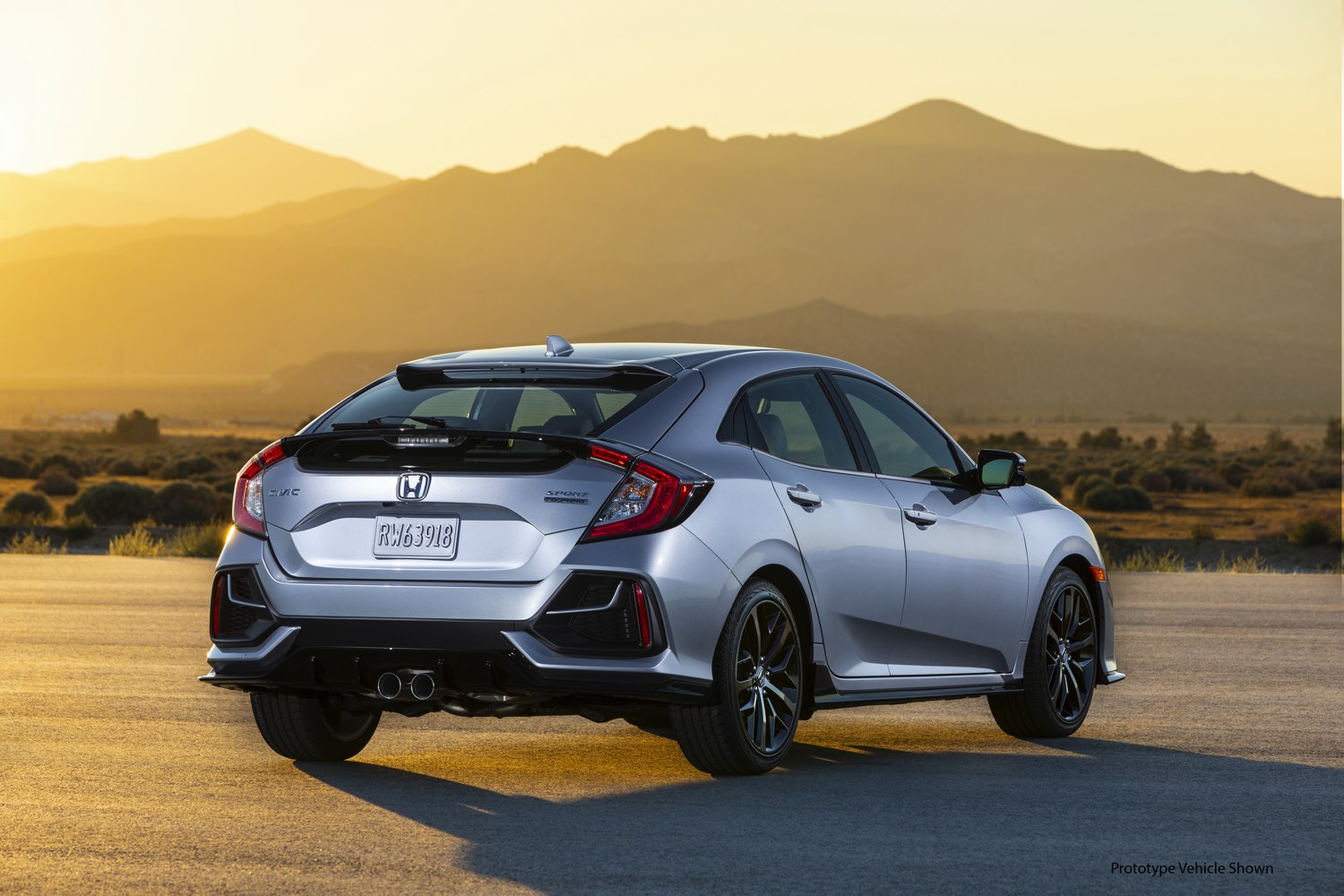 My first clear, indelible memory of Honda’s Civic is from Lincoln, Nebraska in 1975. A wrench at an independent import shop drove a silver Civic 2-door, with lowered suspension, widened track and ya’-just-gotta’-hear-it exhaust note. And while my purchase of a new, albeit basic, Civic 2-door in 1979 didn’t begin to match the visceral vibe of that Honda in Lincoln, it did provide a minimalist take on basic, connected motoring. And it was cheap…but notably, didn’t feel cheap!

Some fifty years later my garage has changed – albeit slowly – as my needs and aspirations have changed. But if looking for something handy – and cheap – to run the errands or negotiate the occasional day trip, today’s Civic Coupe, in Sport trim and with its standard 6-speed manual, would be pretty hard to beat. It’s essential motoring, and while far larger than our ’79 (and significantly more complicated), you can still see the stone axe poking out from somewhere under the hood.

That’s not, however, the argument to be made for the Civic in 4-door Sport Touring trim, with its 1.5-liter turbo connected to a CVT automatic. Boasting refreshed styling for 2020, the design and product team have apparently decided that any prospective customer is beset with an almost terminal attention deficit; there is simply too much going on visually, from one end of the car to the other end of the car. While the Civic hatch’s basic shape is fine, in its ‘refresh’ they threw virtually any fake intake or vent they could throw at it, in what ends up looking to be a parody of the performance hatch. Of course, Honda designers did largely the same thing with the high-performance Type R, but with that car the intakes and vents are real; as, of course, is its performance.

Inside, Honda continues – to its credit – to eschew visual frivolity for functionality; Honda’s Civic hatch could almost be a Bavarian hatch. For a relatively low-slung profile getting in and out is fairly easy, and once inside four adults can enjoy real comfort. And if those four are actually traveling somewhere, their luggage can go with them. Within the Civic’s 178 inches (and sitting on a wheelbase of 106 inches) you’ll find almost 26 cubic feet of cargo room with the rear seat up, and 46 cubic feet with that rear seat down. If you know the room in the typical compact crossover, you know these numbers are essentially those numbers – within a far more tossable footprint.

Under the Civic Sport Touring’s hood is a 1.5 liter turbocharged four delivering a competitive – for the segment – 180 horsepower and 162 lb-ft of torque (when equipped with the CVT). And it’s the CVT that kills much of the fun here, as the powertrain is responsive, but the ongoing groan of the trans drains most of the joy from the driving process. We’d love to get this car with the manual 6-speed, but many of those subscribing to a press fleet’s services don’t drive a 6-speed – so those that do won’t get one.

If you’re a Honda loyalist you’ll find a lot to like in this Civic hatch, but for the required $28K the folks at Hyundai and Kia are serving up some very viable alternatives. At the end of the day I’ll take my Civic in Sport coupe form. And at around $23K for the car, I’d have enough left from a $30K budget to get Honda’s adventure-oriented CB500X bike, packed with ‘sport’ – along with some utility.