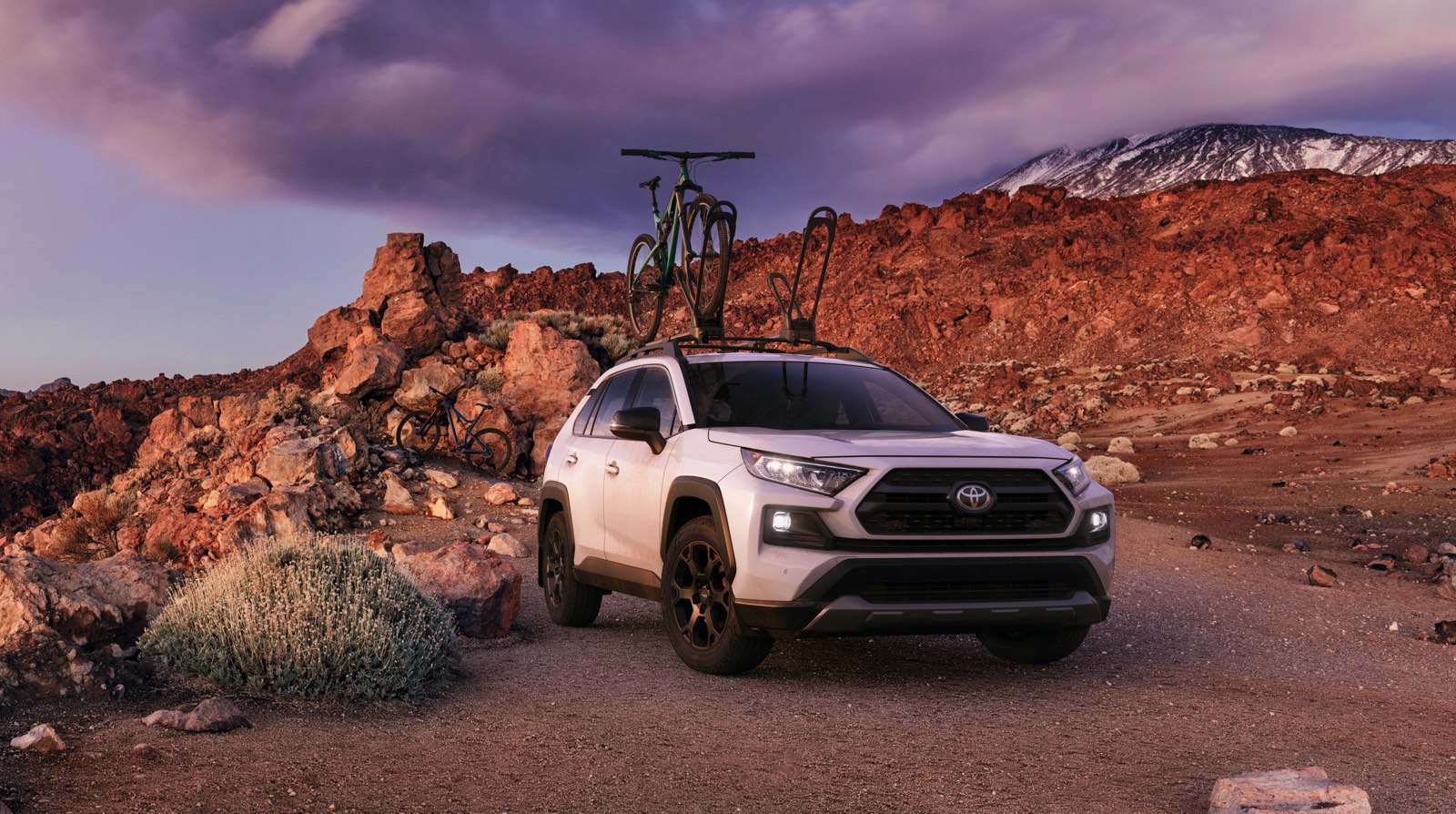 Its Name Is Mud*

*Or could be mud…or sand

“If Toyota calls it TRD Off-Road, then we’re obligated to drive it into the deepest puddles and thickest mud we can find. Jeep could build a Wrangler Pottery Barn Edition and we’d still treat it like this.” – Senior Editor Ezra Dyer, Car and Driver June 2020.

In 50+ years of reading the enthusiast pubs, the one title that I will predictably read cover-to-cover is Car and Driver. And that doesn’t diminish the work of the other editorial staffs; it’s simply that Car and Driver’s conversational tone, injected with real wit, is the one that keeps me turning the pages when the only real alternative on any given night is MSNBC. And while Ezra Dyer has been with the mag only a few of those 50 years, he’s one of the brightest lights at the end of this very long tunnel.

I was reminded of Ezra – and his recent look at Toyota’s RAV4 TRD Off-Road – as Toyota delivered to me that same model. Here in the ‘burbs of DC I’ll subject the RAV4 to some errand running and may, within our week with it, take a short trip or two. But despite the RAV4’s newly acquired off-road descriptor, I’ll probably not head to deep mud, or peg its performance to that of a Jeep Wrangler. But then, I don’t have to…‘cuz Ezra already has. And to its everlasting credit, the RAV4 TRD Off-Road, in Ezra’s ‘care’, did just fine.

As crossovers become our new vehicular norm on the car side (pickups are THE norm on the truck side), it stands to reason that OEMs will work overtime to better differentiate what they’re offering from what the competition is offering. In that context, a crossover with off-road bonafides makes sense, and even today it seems like an underserved sub-segment. Land Rover, of course, has provided us with its Discovery Sport (they’ve sold three) and more popular Evoque, while Jeep continues to give us trail-rated variants of its Renegade, Compass and Cherokee. Subaru, of course, imbues almost all of what it does with a trail rating, even if its 3-row Ascent spends far more time at a mall than Moab. So, while an off-road variant of the RAV4 isn’t an all-new idea, it’s a relatively fresh idea.

Of course, the current RAV4 is also a relatively fresh idea, regardless of its trim or capability. Since the redesign, the newest RAV4 seems almost midsize in its footprint and accommodation. And while no attempt has been made to include a 3rd-row, you can see how that might have happened, as the space behind the 2nd-row is genuinely spacious. This is a grown-up crossover, and while its footprint may minimize its appeal to the cut-and-thrust portion of our population, it certainly makes sense when approaching the drive-thru window – with three kids in the back – at Chick-fil-A.

Despite offering 8.6 inches of ground clearance, and sitting on Falken Wildpeak A/T Trail all-terrain tires, there’s nothing overtly off-road in the RAV4’s stance. You won’t, in short, confuse this with your dad’s (or wife’s) Wrangler, or – for that matter – your dad’s 4Runner. This remains Toyota’s accessible crossover, even if it can negotiate something beyond the occasional speedbump.

To obtain its off-road spec, Toyota builds on the RAV4 Adventure’s already-credible ground clearance with Dynamic Torque Vectoring All-Wheel Drive with Driveline Disconnect (got that?), while its coil springs are tuned for a more ‘off-roady’ focus, and its twin-tube shocks are re-valved to improve control. The overall impression – even if only running errands – is that of a composed, competent crossover unfazed by almost anything you (or Mr. Dyer) could throw at it.

If there’s an ongoing disconnect with the RAV4, it’s in the RAV4’s 2.5 liter 4-cylinder powerplant. Connected to a 6-speed automatic and directing power to all four wheels, the four’s 203 horsepower is respectable, but the 184 lb-ft of torque just doesn’t seem to have enough ‘ass’ to propel the RAV4 as you’d hope it would. A 2.0 liter turbocharged four would seem about right (or a hybrid boost would seem about right), but the 2.5 just doesn’t bring enough to the table for the $42K (as tested) investment.

Behind the wheel, nothing else disappoints. The cabin doesn’t offer great design, but the quality is appropriate to its price point, and there’s no argument with the functionality. An added bonus is the RAV4’s visibility; it’s not an old Volvo wagon, but the greenhouse is expansive when considered within the design ethos (I’m talking to you, Mazda3 hatch!) of 2020.

In addition to the suspension tweaks and ride height of the TRD Off-Road trim is the console-mounted knob for varied terrain. Are you exploring mud and sand? Slip it into ‘mud and sand’. Or you can go rock and dirt. Or you can go snow. If you live in a climate that finds itself going to extremes (and taking you with it), this is one of your very best choices among accessible crossovers.

You can, of course, buy a lot of Grand Cherokee for this RAV4’s $42K, but then, you wouldn’t have a Toyota; for a lot of Toyota loyalists, that’s all they want to hear. If Ezra Dyer won’t find fault with that logic, neither will I…and nor should you.