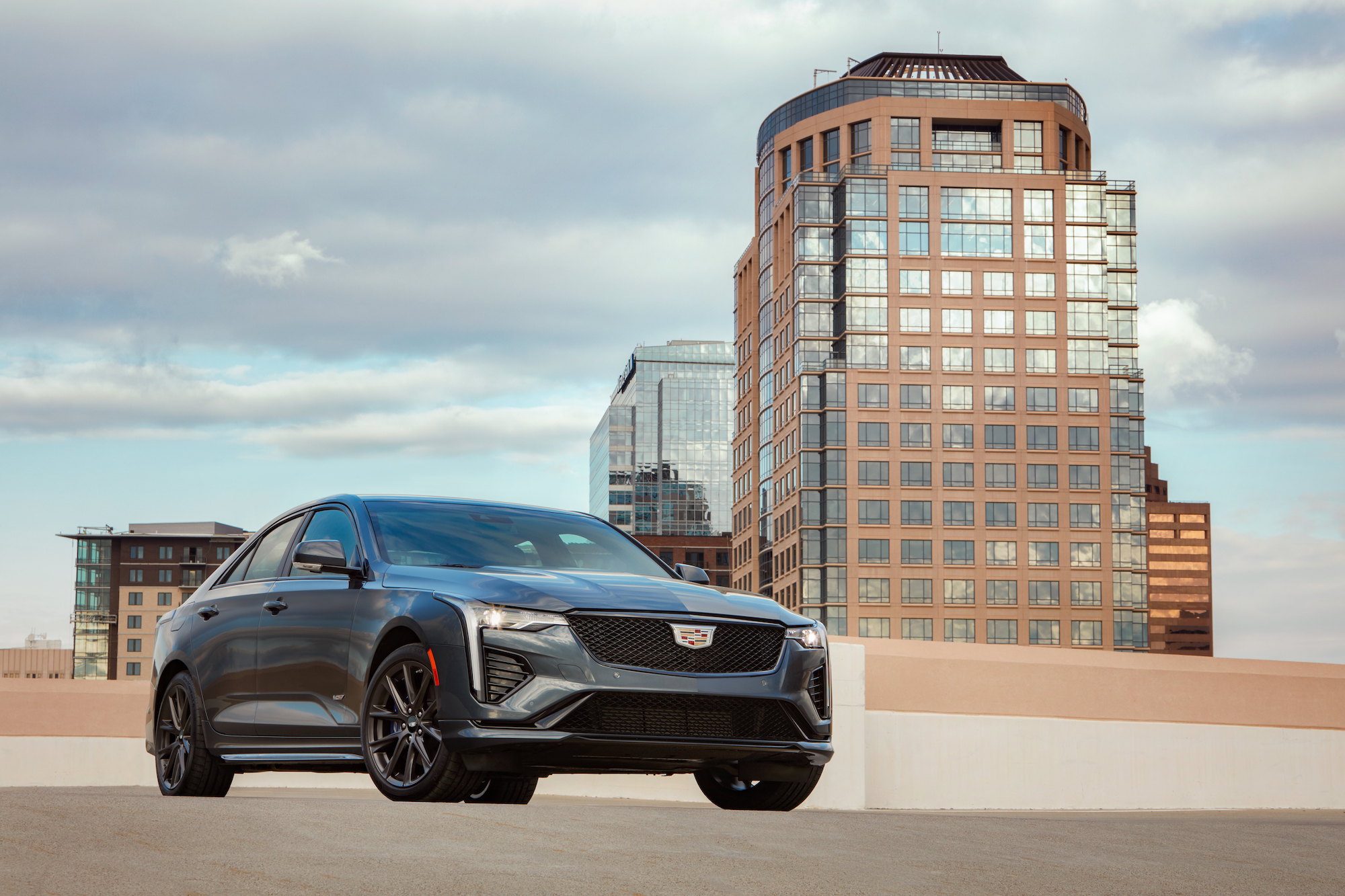 In the first years of our marriage my wife, son and I lived in Dallas’ Oak Cliff. And while – in the mid-‘70s – the Cliff had any number of nice neighborhoods, Bishop had no arts district, and Oak Cliff would be years from finding its cool. But from our side of Oak Cliff – just west of Wynnewood Shopping Center – it was easy to navigate those areas immediately north of downtown. Highland Park Village’s theater was an easy find, right around the corner from Sewell Village Cadillac. The theater was a destination trip, and fifty-five years ago Cadillac was destination shopping. That, of course, was then; Cadillac’s newish CT4 sedan is now.

In letting me know a CT4 V-Series would be delivered, I had to take a minute to remember what a CT4 was, as Cadillac – over the last few years – has kept an entire team busy reconfiguring its nomenclature. Cadillac’s reinvention began with the launch of the CTS in 2002, as an early 2003 model. Its marketing theme – Art and Science – built on what many of us had always regarded as a Cadillac strength: its artistic rendering of the automotive form. With its angular sheetmetal atop a wholly conventional drivetrain, one deduced that ‘science’ referred to the straight edge used by its design team; this may have been science, but it wasn’t rocket science.

In the walk-up, the new CT4 (and here we’re talking about both the base car and its V-Series performance offshoot, which is sitting in our driveway) is a mashup of almost organic angularity. Notably, as the 3 Series and its immediate competition have grown larger, the CT4 has a just-right feel for those of us that still like our compact sedans, well, compact. Both front fascia and rear deck are framed by of-this-century lighting, and the CT4’s greenhouse, while not-quite-coupe-like in profile, retains some semblance of outward visibility for its driver and passengers. The overall impression is an urban platform for the Green Hornet if, as expected, Mr. Hornet would have wanted to go greener.

Inside, the CT4’s black exterior is complemented by an interior trimmed in a shade Cadillac calls Sangria. It’s rich and expressive, and impresses as fully appropriate to the CT4’s $50K price point. And to the product team’s credit, this isn’t overcooked. Instead, there’s an almost Teutonic efficiency to the layout, and with the exception of the console plastics – where your knee hits – having a cheapish feel, we could enjoy all of it for the next 72 months.

Under the hood the base CT4, which starts at under $35K, provides you two liters of turbocharged four, with 237 horsepower in a rear-wheel drive/all-wheel drive package. Opt for the Premium Luxury trim – which is closer to $40K – or the V-Series, and you can enjoy 300+ horsepower coming from 2.7 liters of turbocharged four. More is, of course, good, but both engines are competitive in the 3 Series segment.

On the road, the V-Series delivers most of what you expect in a performance compact sedan. In specs reported by Car and Driver, 0-60 takes about five seconds, while the ¼-mile takes just over 13 seconds. And if you’re really brave – and running roughly midway between Fort Worth and Midland – the CT4 V-Series will hit 160+…just before you go to jail.

This compact performance thing is, of course, a highly competitive segment. For my $40K I’d probably opt for Volkswagen’s Golf R (a hot, visceral hatch), and with the $50K Cadillac wants for the CT4 V-Series the Alfa Romeo Giulia resonates. But I’ll give Cadillac the ‘E’ for effort. And in a zip code where you can literally trip over BMWs and Audis, the Caddy constitutes a distinctive choice.

Kevin Joostema, a founding partner of automotive website Car-ED, was a global director at Cadillac from 2015 thru 2017. We asked him to take a look a the CT4 V-Series, and these are his brief impressions:

In driving the CT4 V Series, the performance series from Cadillac, I am struck by two conflicting emotions: First is exhilaration. With the 2.7 turbo and shift paddles, you hear the “burp” of a gear change during hard acceleration. Nothing thrills more than that sound.  That exhilaration, however, is offset by the boredom; I am already bored with the form factor, the confining cabin of a compact sedan, the nice but common interior touch points, the blacked out exterior, etc. Where is the thrill, other than a small V-series badge on the rear and a V-button on the steering wheel (while wondering what that does)? Performance is everywhere in the market these days – from electric vehicle ludicrous modes to track modes to uber-performance SUVs and thrilling heritage-based new designs like the Land Rover Defender or new Ford Bronco.  All for a price LESS than a CT4 V-Series. The dynamism of the V-series drive is not expressed enough through the vehicle design and touchpoints. Five years ago this would be a thrill, but as we near 2021 it is all just a bit too late.