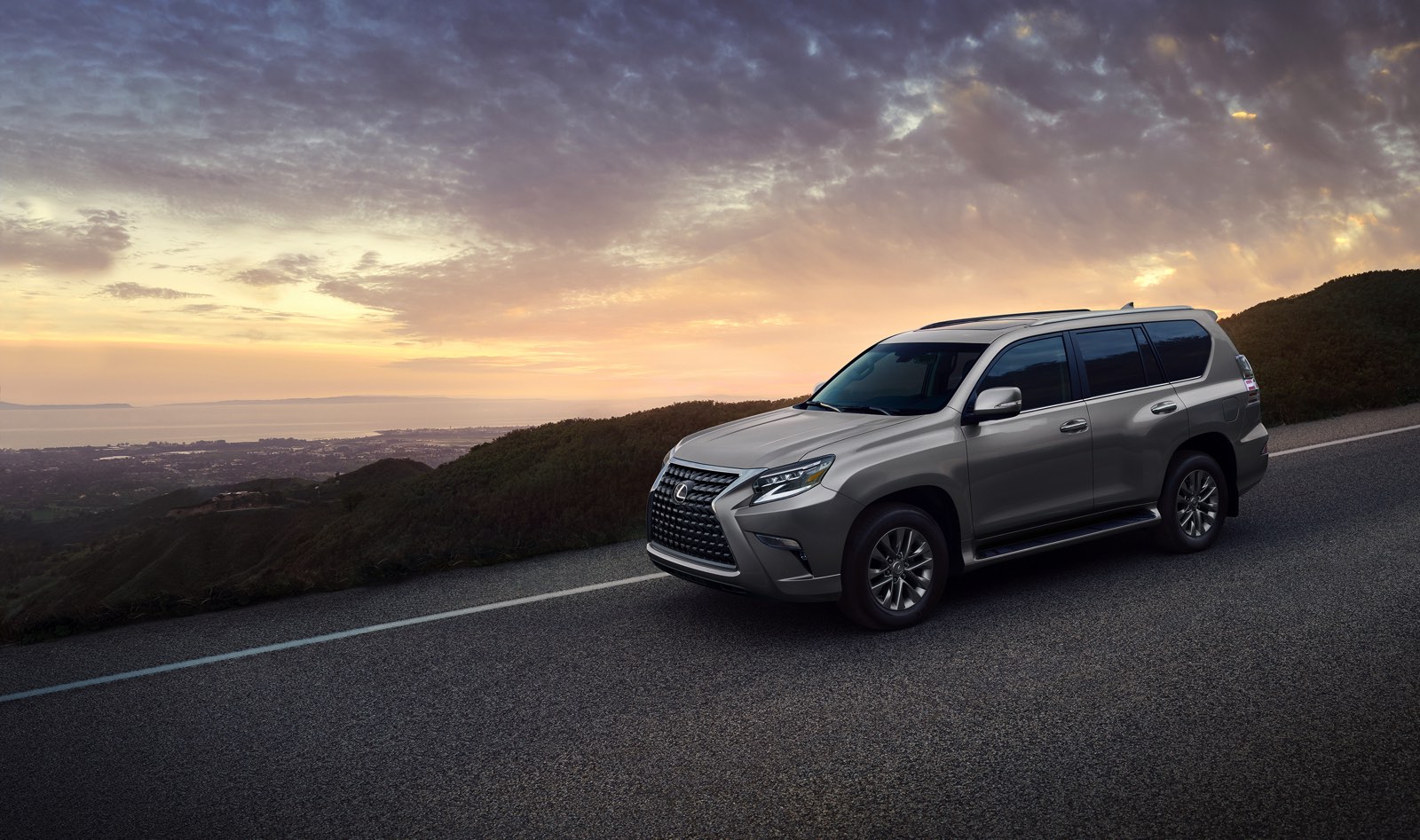 One for the ages

I live in a sleepy suburb of Far North Dallas where many, many Lexus GX owners also reside. These tough vehicles in my neighborhood are stout, able to venture deep into any off-road venue and emerge unscathed. With that, I’ll bet that most never see any terrain more treacherous than the elementary school carpool lane, where in the automotive pecking order a Lexus still carries some weight – while you wait.  Here, mothers don’t even dream of cutting in line, not wanting to jeopardize a child’s invitation to the next birthday party. But, back to the GX.

It’s no secret to the automotive world that the Lexus GX is – in automotive terms – a relatively ancient vehicle when compared to other luxury SUVs on the market.  It’s been around since 2009, with a body-on-frame platform that shares underpinnings with Toyota’s 4Runner.  And with its design, construction and – I’ll put it politely – heft, it’s so much tougher than any terrain most Texans will throw at it.

I test drove an Atomic Silver Lexus GX Luxury that came with a $72,010 price tag, which is about $19,000 more than a base GX.  There’s only one engine offered, a 301 hp, 4.6 liter V8 mated to a six-speed transmission, which nets you fuel economy numbers of 15 mpg in the city and 19 mpg on the highway.  The GX’s 0-60 time is 7.4 seconds, which is pretty respectable for a heavy SUV propelled by a drivetrain that’s been around for over 10 years.

The exterior of the 2020 Lexus GX sports a new in-your-face grill that refuses to be ignored. The GX literature refers to it as a “signature spindle grille that gives it a distinctive, standout style”.  You may love it or you may hate it, but you just can’t ignore it; it’s plain massive.  The interior comes across as dated, but still gorgeous – and the Lexus fit and finish is as tight as ever.  Mine came equipped with a new-for-2020 Gray Sapele wood with aluminum trim.

The GX I tested also came equipped with an all-new Off-Road Package that’s available on the Luxury grade for an extra $1,570. The package includes off-road technologies that serious off-roaders should consider.  It includes a Multi-Terrain Monitor and Panoramic View Monitors with driver and passenger cameras; transmission cooler; fuel tank protector; Crawl Control; and Multi-Terrain Select.

Since most people will drive the GX on city streets and down the highway, please know that this serious off-road-capable SUV behaves very nicely on pavement.  The GX utilizes a technology Lexus calls Adaptive Variable Suspension, which employs electronically controlled dampers that adjust to road surface conditions. The driver can tailor the ride by selecting from Normal, Sport, or Comfort modes.  Lexus Safety System+, which now comes standard and is most beneficial during everyday driving, includes Pre-Collision System with Pedestrian Detection, Lane Departure Alert, Intelligent High Beams and High-Speed Dynamic Radar Cruise Control.

The GX is built to survive in every climate, from the dry desert to damp jungles to the frozen Arctic.  Many reviews highlight the fact that the basic design of the GX hasn’t been updated in about ten years.  My take is that the GX is a tried-and-true SUV that you can count on to last 300,000 miles.  If you’re older, and want your next vehicle you buy to be the last vehicle you buy, then pick out a nice GX. (And get credit life.)