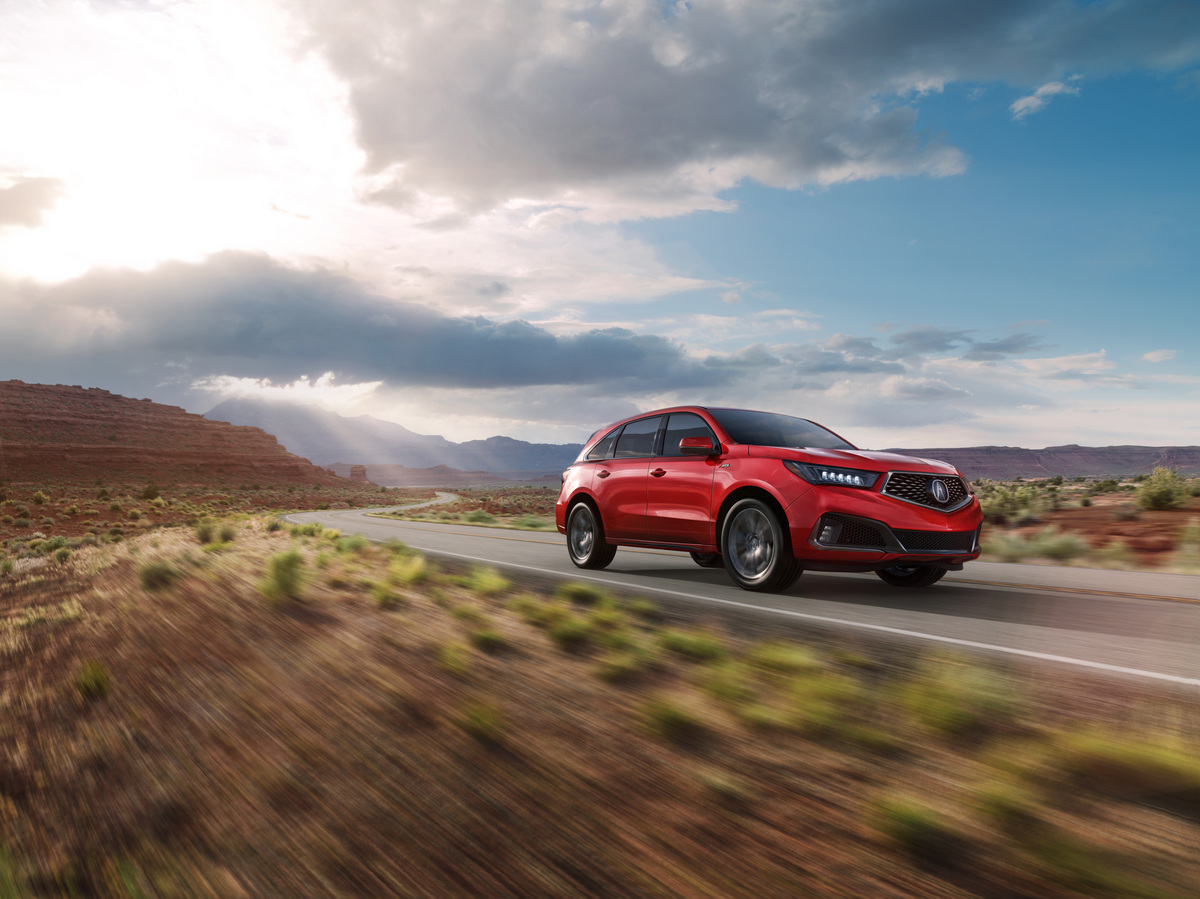 In the 1980s, the big three Japanese automakers – Honda, Toyota and Nissan – launched luxury brands aimed at capturing car buyers frustrated with the reliability of American and European luxury brands. Toyota birthed the Lexus brand, which evolved into a lineup of comfortable and reliable vehicles.  Nissan brought forth Infiniti, which leaned more toward stylish design and power.

But it was Honda that went first, introducing its Acura brand with solid sedans that promised reliability and refinement, although the designs lacked pizzazz.  No worries, as the Acura sedans were a hit with the public. Going forward, the Acura MDX was early to the luxury crossover scene, and an instant hit as well. Now in its fifth generation, the MDX is still riding strong.

I test drove an Apex Blue Pearl 2020 Acura MDX AWD A-Spec that had a $56,295 price tag.  This three-row midsize crossover has a 290 hp, 3.5 liter V6 engine that boasts variable cylinder management to provide more power when needed and better fuel economy when cruising.  It’s an interesting technology that’s getting more attention in the automotive world.  The MDX has a nine-speed transmission, helping to deliver EPA estimated fuel economy numbers of 19 mpg in the city and 25 mpg on the highway.  Thankfully, the MDX I test drove also had Acura’s innovative handling feature, SH-AWD (super-handling all-wheel drive) that makes the heavy crossover feel lighter on its feet.

It’s a roomy ride if you’re sitting in the first two rows. Drop the third row into the floor and you get plenty of cargo room, enough to pack gear for a weekend in the woods.  Although the MDX isn’t designed for an off-road lifestyle, it’s rugged and will take the beating from an unpaved ranch road.  But, the MDX SH-AWD system’s favorite place to be is on pavement, where the power distribution to the four wheels can make driving this big crossover a blast.

As much as I love the 3.5 liter powertrain in the standard MDX, it’s the Sport Hybrid version which really intrigues me.  Inspired by the powertrain in Acura’s iconic NSX supercar, the MDX Sport Hybrid has something very technologically advanced under its hood and more.  With an MSRP of $8,500 more than the base MDX, the Sport Hybrid has a 3.0 liter V6 as the main power source, assisted by three electric motors which combine to produce 321 horsepower.

Here’s how it works, the SH-AWD system operates independently of the gasoline engine, with the two rear-mounted electric motors adding power directly to the rear wheels. When cornering, the Sport Hybrid system delivers positive torque to the outside rear wheel, much like mechanical SH-AWD. In addition, the Sport Hybrid SH-AWD can simultaneously apply regenerative brake torque to the inside rear wheel during cornering to further enhance cornering control. It may sound complicated, but the result is a improved ride and more predictable handling.

Another advanced feature of the Sport Hybrid is its advanced 7-speed dual-clutch transmission (7DCT), a feature closely related to the NSX supercar’s 9-speed DCT.  Unlike a conventional automatic transmission, MDX Sport Hybrid’s DCT offers ultra-fast gear changes and operates without the need for a torque converter, significantly improving efficiency.  All this adds up to all-around crisper road handling, along with better fuel economy compared to the 3.5 liter powertrain.  The Sport Hybrid gets impressive gas ratings of 26 mpg city and 27 mpg highway.