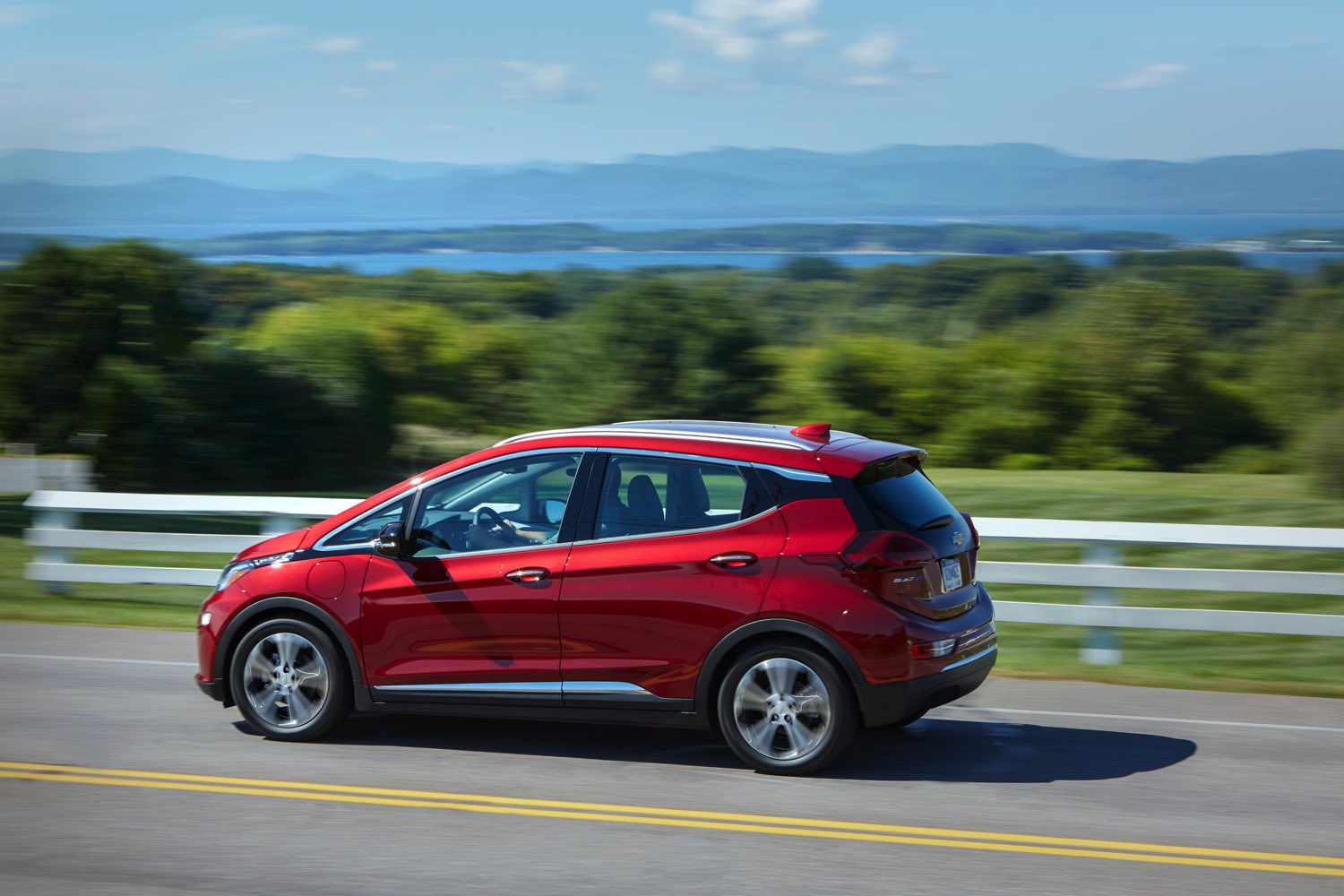 In the fall of 2020, as fewer workers commute by car during the current pandemic, air quality in metropolitan areas has dramatically improved. Anyone with a clue might have guessed that, but we have seen dramatic environmental improvement in our cities, not the incremental improvement I would have assumed. And with many employees continuing to work from home (Ford recently announced that their 32,000 office employees would continue to work from home until June, 2021) those air quality improvements could endure for the foreseeable future. But when we do return to the road, returning behind the wheel of Chevy’s Bolt EV could do a lot to maintain the clarity of our skies, as well as our collective outlook.

Unlike most of the test vehicles in a press fleet, the Chevy Bolt isn’t new. It was first introduced to consumers at the Consumer Electronics Show in 2016, and made its first showroom appearance in the fall of that year, as a 2017 model. The reaction was enthusiastic, and the new Chevy garnered Motor Trend’s Car of the Year and North American Car of the Year awards. The Bolt EV was designed by GM’s Korean design studio, and in its footprint is not unlike Kia’s Soul.

Despite a design almost five years old, there’s nothing to visually date the Bolt. As a city car it seems to straddle the line between compact hatch and subcompact crossover, with a higher hip point than you’ll find in a Civic, but not so high as you’ll have in Honda’s HR-V or larger CR-V. And in configuring the sheetmetal, the design team eschewed those obvious EV or hybrid distortions; this is an entirely conventional hatchback from an appearance standpoint, with none of the Jetsonian flair that accompanies some variants of the Prius.

Inside, our Premier trim level offers leather-appointed seating, and heated seats front and rear. It also provides some bizarre dashboard décor, looking as if it was copped from a Shasta travel trailer of the mid-sixties. If you can overlook that (THAT!) you’ll find the instrumentation and information presented somewhat intuitively, while heat and audio controls are completely familiar to a guy in his seventh decade. The Bolt is a 21st-century experience, but (thankfully) holds onto a few of the last century’s functionality.

With its upright proportion and generous visibility, the Bolt feels more expansive than its personal size would suggest. Behind the wheel, the single motor’s decent power (200) and generous torque (266 lb-ft) provide a surprisingly responsive experience. (You shouldn’t be racing Corvette drivers for pink slips, but if it’s a vintage ‘Vette from the emission-strangled ‘70s you could win that pink slip.) And despite its upright proportions, the Bolt feels planted, helped in no small way by a low-mounted battery pack and impossibly low center of gravity.

Of course, the bottom line for EV prospects is range…or lack thereof. Out of the box Chevy provided almost 240 miles, and has bumped it this year to 259. Those numbers were, of course, good before the pandemic, and with many people now working from home, that 250+ miles might constitute a month’s worth of driving. But when we do return to the road, know you can go most of a week – based on national averages – before needing to recharge.

When I needed to recharge – and without a home recharging unit in my garage – I  grabbed a charging unit at my local Chevy dealer and, with the service department’s permission, left the Bolt there for roughly six hours. In those six hours my range went from 54 miles to 184 miles, which was more than enough for the two additional days I would have the car. If I had the home charging unit the process would be painless, while without it the process remains a tad inconvenient.

With a nicely-equipped base price of $37K the Bolt will cost you, after federal and state incentives (if applicable) under $30K, which makes it competitive with other cars and crossovers offering similar accommodation. Opt, however, for the upscale Premier trim and you’re in at over $40K, at which point the value proposition becomes more problematic – even after those incentives kick in. At some point an EV will be cost-competitive with conventional cars offering conventional drivetrains. Until that time, you balance the higher cost of an EV with the emotional rewards of a reduced carbon footprint and the long-term rewards of considerably less mechanical maintenance. In a two-car garage, in one of those stalls you should park an EV. (And on the other side, perhaps a Vette…)