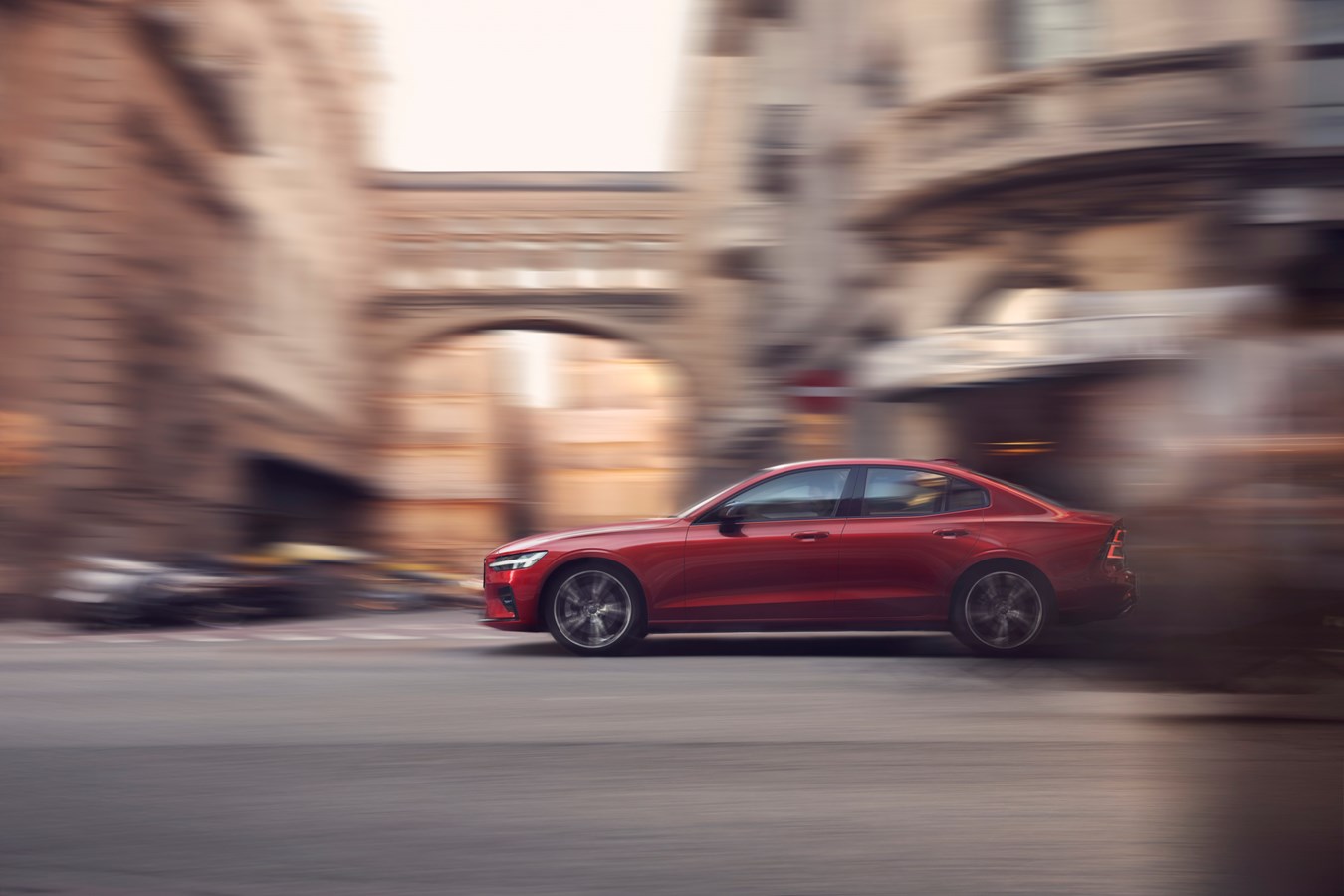 In over 50 years of new car ownership (beginning with a Fiat 128 in 1972), I’ve never owned a Volvo. And, I’ll admit, that’s not for lack of wanting one. Volvo’s P1800 2+2 coupe was on my radar before I could drive, while a few years later I attempted to put the 142 on my parents’ purchase radar; instead, they bought a Mercury. Still later, a multitude of Volvo sedans and wagons held my interest, but not so much interest as to command a big down payment and sixty subsequent monthlies. More recently I’ve driven Volvo’s S60 with its T6 powertrain and all-wheel drive, a Volvo I’d happily put in my driveway.

Volvo’s midsize sedan, now built in South Carolina, quietly sits in a segment dominated by BMW’s 3 Series, with a cast of supporting players ranging from Alfa’s Giulia and the Lexus IS 350 to the new Genesis G70 and VW’s recently introduced Arteon. And while the Volvo doesn’t enjoy the cachet of a BMW or uniqueness of Alfa Romeo, its sensible attributes of safety, reasonable efficiency and value continue to build new fans while satisfying Volvo loyalists.

Approaching from the front, you’ll know pretty quickly that what you’re looking at comes from Volvo; the grill, while more anonymous than that coming from Lexus or BMW, is readily identifiable by its proportion and logo. The balance of the car is a tad more anonymous, as its profile and greenhouse could belong to any number of similarly-sized sedans. To its credit, despite a front-wheel drive/all-wheel drive platform, the S60 sits back on its chassis, almost adopting a rear-wheel drive proportion. And that gives it a visual balance not typically found among other front-wheel drive platforms in the segment.

Inside, our Inscription trim was upholstered in supple, perforated leather in ‘blonde’, and accented by what Volvo describes as Driftwood inlays. The overall impression is one of quiet comfort, compromised only by the non-intuitive functionality of its dash-mounted touchscreen. Obviously, if you have the car for a 36-month lease or the aforementioned sixty monthlies you’ll learn it, but with just six days to get the hang of its audio, ventilation and – the capper! – tire pressure monitoring, I was ready to retreat to a ’69 142…if only a 142 could be found on a new Volvo showroom.

What we could find in six days of driving was a truly dynamic driving environment. Four programmable driving modes allow you to tailor your driving to your preferences: Comfort is the default, while Eco, Dynamic and Individual are the selectable. According to Volvo, the Dynamic mode, which I used most frequently, modifies the following: gear changes become faster and more distinct, while the gearbox maintains a gear with greater traction. Also, steering response is faster and shock absorption is more firm, which means that the suspension reduces body roll during cornering. Finally, the Start/Stop function is deactivated. And for that we thank God.

In the comfort mode the Volvo behaves exactly as you’d hope a Volvo would…you may not be delighted, but your passengers will be delighted. In the more dynamic mode the smile returns to your face, but might very well go away from your passengers. There’s nothing harsh or intrusive here, but the S60 sedan quickly moves from the sedan category to the sport sedan descriptive. And when backed up by its 316 horsepower, there’s a damn good argument to be made for this $50K investment relative to what you get from BMW or Lexus.

Were it our money, we’d probably pass on the T6 drivetrain and four doors, opting instead for the more prosaic T5 power (turbocharged four with 250 horsepower) and five doors – the V60 wagon. The versatility of a midsize wagon is a beautiful thing, in what remains a decidedly Swedish wrapper.