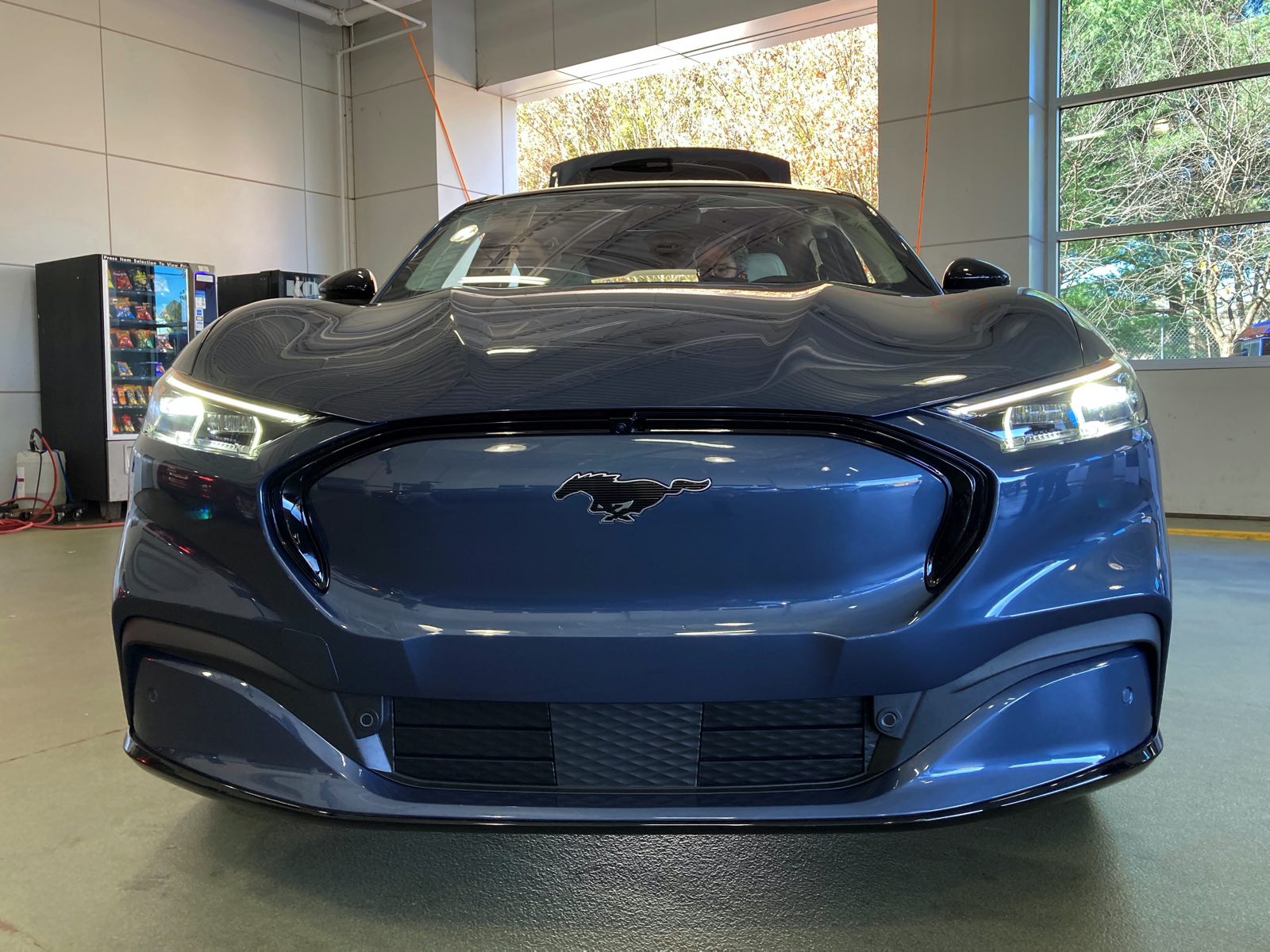 They Reboot Horses, Don’t They?

Upon learning that Ford Motor Company would launch its first all-electric entry as a Mustang – the Mustang Mach-E – my brain just about exploded. If this decision had been put to a vote, I’d have demanded a recount. But given the very little I know about naming new car models, I’ll guess it wasn’t put to a vote; instead, it was a managerial mandate coming from the very top. And in retrospect, why not? The Mustang was born almost sixty years ago of Ford’s very real desire to tap into a younger audience, using mechanical bits from the far more prosaic Ford Falcon. The new Mustang Mach-E is born from a similar desire to attract a younger, more affluent buyer. And while its bits are all new, why not rely on a storied brand to gain some traction in what will be a long, uphill fight for market share?

And so we have the Mustang Mach-E. I got my first look last winter at the Washington, DC Auto Show, and more recently enjoyed the same display in Minneapolis. Although the look of the new Mach-E was, uh, absolutely electric, the display – like most auto show displays – comes with an almost illusory take on reality. The lighting, elevation – even the color – play tricks with what I’ll call the Google street view. In most instances this works in the car’s favor, and at first (and second) glance I was taken by the Mach-E’s footprint and proportion. But my more recent take, while the Mach-E was parked in an area dealer’s service drive, was more informative, and – to be candid – more impactful.

In a regional preview of the Mach-E for dealership personnel, interested customers and a few invited media, two of the new Mach-Es were parked in an area dealership’s service drive. (The location is more than a bit ironic, given that all-electric powertrains should require significantly less service than their internal combustion counterparts.) Sitting there, I was initially impressed by the Mach-E’s just-right footprint, looking to occupy roughly the same square footage as Ford’s recently discontinued Fusion.

While I didn’t bring a tape, in getting behind the wheel the Mach-E seemed to have a hip point slightly higher than a conventional sedan, but not so high as a conventional crossover. Once behind the wheel, that just-right feel continued; I was impressed by the space, but that space had a personal feel to it. And unlike its coupe counterpart, I didn’t feel as if I had been submerged into a cockpit; instead, I was acutely aware of the surroundings, with few blind spots and a non-intrusive instrument panel and – thank God! – a reasonably-sized touchscreen.

In the backseat, you won’t confuse the legroom with that of your granddad’s Lincoln Town Car, but neither will you confuse it with your first ponycar. This is comfortable seating for two American adults, or three kids capable of cohabitating on the trip to school. And with the folding rear seat and hatch, there’s enough utility to regard this as a sporty utility.

I wasn’t given the chance to drive the Mach-E, but specs suggest an engaging experience. In base, rear-wheel-drive form, which – after the Federal tax credit – should give you an out-the-door price of well under $40K, the Mach-E’s 266 horsepower will get you to 60 in about six seconds, along with a range of 230 miles. The Mach-E with Ford’s Premium package and optional extended range battery, which bumps the MSRP to that side of $50K, gives the buyer 300 miles of range; for those committed commuters – or those relying on public charging stations – it is probably worth it. Finally, another $2700 nets you all-wheel drive, reducing range to 270 but lopping two seconds from the claimed 0-60.

The Mach-E sat on the Ford service drive in mid-November – it could be sitting in your driveway within the next couple of months. With the Tesla Model 3 almost ubiquitous in America’s urban centers, Ford’s Mustang Mach-E is the most significant move against the automotive status quo since a guy named Elon decided to challenge that status quo. And a guy named Henry – if here – would, I think, approve. (And if Henry was here, the ‘E’ would be for ‘Edsel’.)