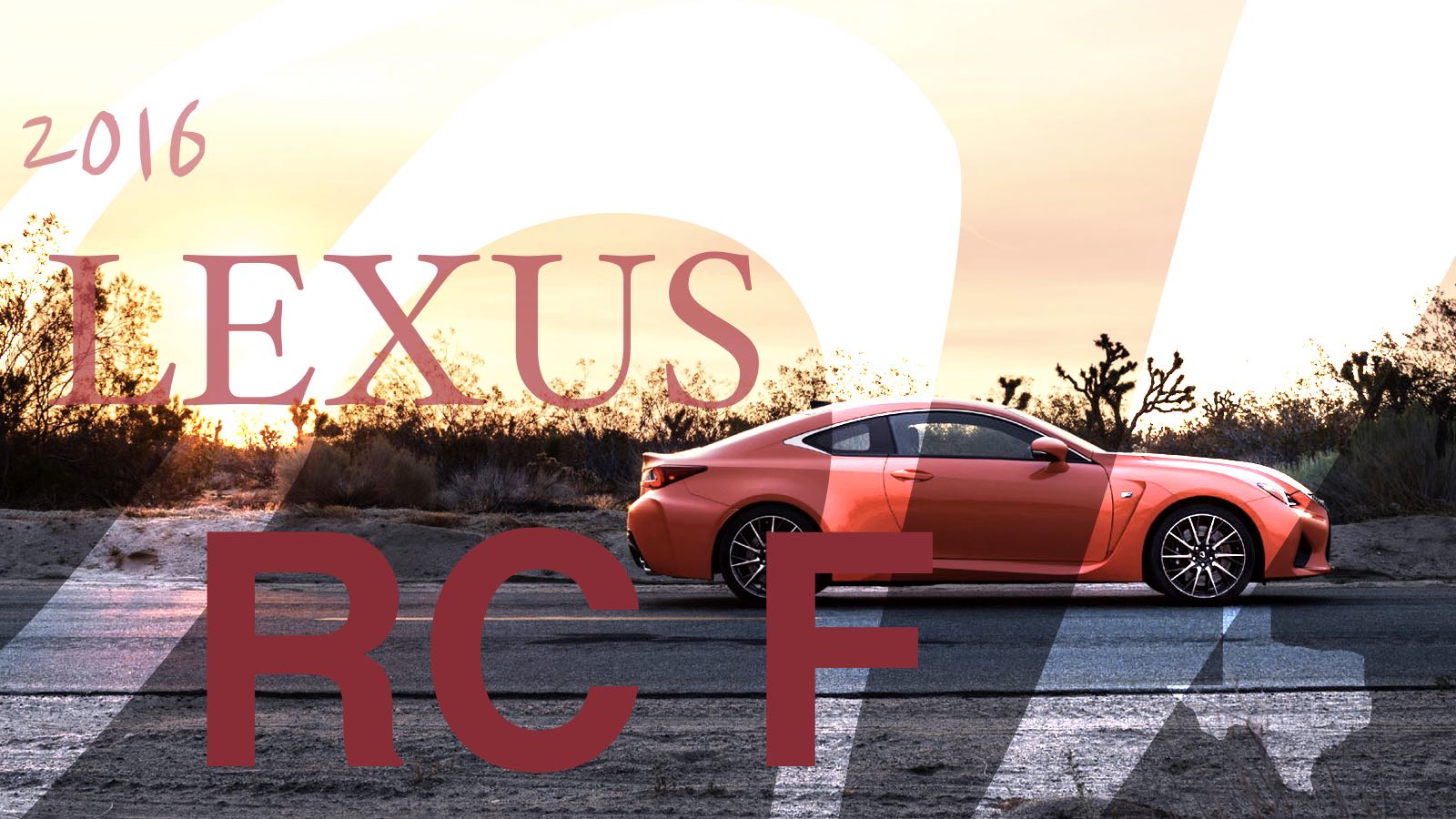 THEY HAD A BABY…

With so many of us at our laptops, the sell of pre-owned cars has exploded. Maybe it’s the very real need to upgrade your commuter – even if not commuting. Or perhaps it’s a way to blow through funds you won’t spend on a vacation anytime soon. Regardless, pre-owned sales are booming, and there are few better choices when shopping for something used than a pre-owned Toyota or Lexus. Four years ago we took this look at the Lexus RC F coupe. And if you have around $40K to spend, and can’t get excited by anything in a new car showroom for that same $40K, the V8-powered RC F might be just what your Automotive Specialist thinks you need. The review, originally posted in the spring of 2016, is below.

In what universe do its inhabitants get better after 25+ years? Of course, I’m asking within the context of human maturation, assuming that the subjects are essentially fully formed at the beginning of that 25-year period. And I ask because, on the cusp of its 25th anniversary, Lexus debuted at the North American International Auto Show the culmination of all of the performance enhancements that had gone before. With a V8 powertrain – the same configuration that had propelled the first LS – planted in an overtly aggressive coupe-type body, the Lexus RC F is what you get when combining BMW’s M4 with Japanese animation. And they unveiled the thing at Detroit? Shud up!

This would seem to be an absolute renaissance in automotive performance for those – natch – that can afford it. Despite legislative and social forces mandating a kinder, gentler (and frickin’ autonomous) approach to the future of motoring, carmakers from Alfa to Volvo – in short, most of them – are upping the performance ante both on the road and under the hood. And don’t forget the sheetmetal, where the annual nip-and-tuck now includes the way optional fare of cosmetic enhancements.

In what’s typically been a restrained execution of luxury under the Lexus banner has, in recent years, been a wholesale Katy-bar-the-door evolution of the brand’s design identity. And we’ll warn you… it ain’t for everyone, including this observer. In many models the redesigned fascia makes the Trump-tweeted pic of Heidi Cruz (remember?) look almost serene. We like the new look least on the big SUVs, while the still-restrained take on the IS sedans and RC coupes disrupt our psyche the least. You could think of them as a candid pic of John Kasich. Eating.

With that, all three variants of the RC coupe have their share of stylistic excesses, but the RC F enjoys(?) the most. The ‘hello’ of its front fascia is a more pronounced hello – think y’all, in all caps – while its fenders bulge in a totally unsuccessful attempt to contain the excitement. The end result doesn’t enjoy the continuity of BMW’s M4, or the innate subtlety of Audi’s S5, but what-the-h*ll? You only live once.

Inside, bucket seats up front grip you without the typical levels of atatomical suffocation. The ingress is easy, while getting out requires only a minimal – and mine is very minimal – level of athleticism. In back, the two seats are more comfortably occupied by someone under twelve, but can capably transport two adults for a run to lunch; or, if they hurry, a Bernie rally.

Under the hood is what you get when merging Akio Toyodo with Jack Roush: Jumping Jack Flash. Five liters of aluminum V8 are topped with twin overhead cams (per bank), 32 valves and Toyota’s VVT-iE and VVT-i. (And if you don’t get Toyota’s hyper-intensive use of acronyms, well, neither do we.) Simply know that this is way more sophisticated than Jack’s first flathead V8, delivering 467 horsepower (at 7100 rpm) and 389 lb-ft of torque. That power (POWER!) is delivered to the rear wheels via an 8-speed Sport Direct Shift automatic with – of course – paddle shift and manual mode.

In urban, stop-and-go errand running the RC F delivers accessible performance and – if you will – gentility; more of a Democratic discussion of issues than a Republican discussion of hand size. Into the throttle, however, and the RC F absolutely Trumps the Little Marcos on the road, with an awesome combo of power and grip. You overtake traffic in a nanosecond, and the available levels of reserve power – to be honest – are fully class competitive, if not class leading.

At a base price of under $64K (with destination) the RC F seems like a bit of a steal. With almost $15K of adds on our test car it’s perhaps less compelling, but in most instances the competition – be it M4 or amped C7 – will require a similar investment. For those that like the sheetmetal a Lexus delivers a confidence (and competence) you won’t find on many other showrooms.

In but a quarter century Lexus has broadened the brand immeasurably. And regardless of your take on the styling – or styling excesses – this is one very competent, capable automobile. Take the RC F for a test drive. And let it start the conversation.