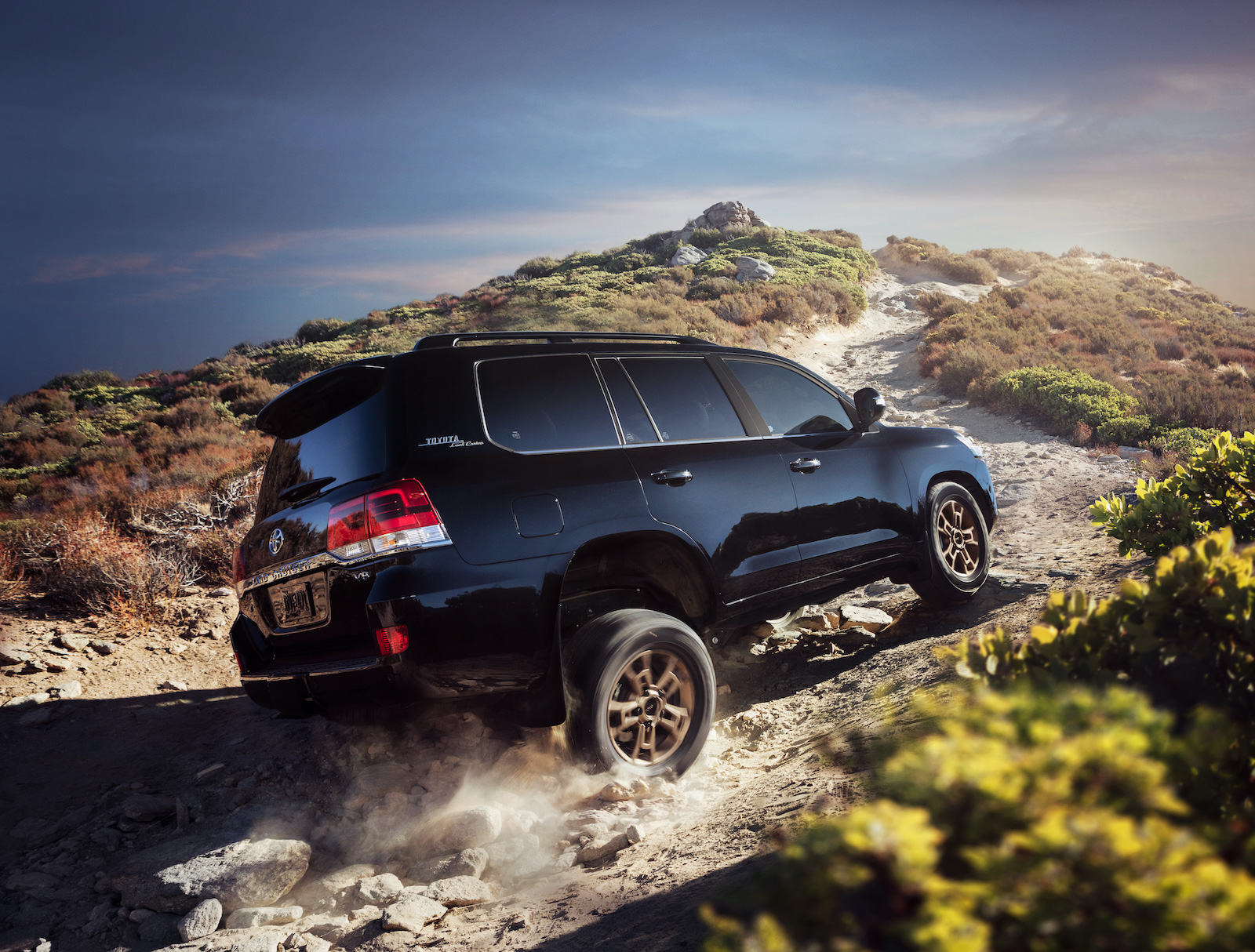 As you’d guess, there’s a lot to be said for heritage and its close cousin, historical perspective. For me, that’s especially true in the auto industry. BMW’s ‘ultimate driving machine’ claim would resonate far less if it had been claimed 50 years ago by Buick, and today’s Supra – regardless of how it appears on your radar – would mean less if an earlier Supra wasn’t loved by the thousands that love it. As if to underscore those arguments, Toyota actually affixes ‘Heritage’ to its venerable Land Cruiser…as if they’d have to tell us.

For years and years (and years), the SUV sat in the shadow of almost everything else on the road; in 1965 I’ll guess GM sold more convertibles than it sold Suburbans. Obviously, 45 years later the sales profile has been turned on it head; Buick’s Cascada convertible (look it up!) sold in the dozens, while its Enclave sells in the hundreds of thousands. Toyota’s Land Cruiser, whose debut coincided with the launch of the Korean ‘conflict’, no longer sells in real volumes in the States, but speaks volumes to the enduring appeal of sport merging with utility.

About the only thing today’s Land Cruiser shares with the original is a body-on-frame architecture and, of course, its tagline. Whereas the first Land Cruiser had an agricultural sensibility derived from the military Jeep, today’s 4-door Land Cruiser stretches almost 200 inches in overall length, stands over six feet tall and boasts a curb weight of almost three(!) tons. Beyond its 5.7 liter V8 under the hood, power is everywhere, including the seats, sunroof and – as Toyota’s press info puts it – a “plethora of advanced assist technologies.” If it were a Volvo SUV you’d call it a smorgasbord.

In the walkup, you’ll be impressed with its tidiness. Sure, the Land Cruiser is big, projecting a heft that your RAV4 or Highlander will never have, but in its size and proportion you can get your head around what the Land Cruiser provides…and what it represents. This is a luxury, capable carriage for those with a closet-full of waxed cotton jackets and rubber boots. Thankfully, unlike its Lexus LX 570 cousin, it is sheetmetal without affectation, almost old school in its upright architecture. There’s no stylistic excess greeting – or grating – you in the walkup.

Notably, the Heritage Edition – which in its 2020 U.S. debut didn’t celebrate any particular date, but Toyota has sold Land Cruisers in the U.S. for 60+ years – dispenses with running boards and third-row seating. The running boards would reduce off-road clearance, while the third-row seats reduce cargo capacity. In 2021 they again offer the third row as an option, but in lieu of running boards perhaps your ranch manager can provide a stool (or his back!); climbing in was a stretch for this 29-inch inseam.

Once inside, however, you feel like Queen E must feel when surveying her realm from behind the wheel of Her Majesty’s Range Rover. You are perched high, glass area is prodigious; to channel director James Cameron, you’re ‘King of the World’. And the perch is made more palatable by the almost athletic way in which the Land Cruiser handles. For what seems entirely inexplicable, this is easier to drive than Toyota’s smaller 4Runner or Sequoia. In fact, I can only hope the next 4Runner has a bit of the Land Cruiser’s all-of-a-piece feel.

Under the hood, Toyota’s well-respected 5.7 liter V8 drives all four wheels – via full-time 4WD – through an 8-speed automatic. What Toyota terms a ‘Kinetic Dynamic Suspension System’ (KDSS!) controls the front end, while hind quarters are held in place with a 4-link suspension and stabilizer bar. Steering is a speed-sensing, variable geared rack-and-pinion – which we’ll guess the Queen simply refers to as a rack. It’s all good, and enhances the Land Cruiser’s almost lithe nature.

Inside, you’ll find a combo of old school leather and advanced off-road tech. Go ahead and grab Downhill Assist Control, Hill Start Assist, CRAWL Control or Off-Road Turn Assist. And when using Toyota’s Multi-Terrain Select system, you can manage wheel slip to road – or off-road – conditions. If Her Royal Highness wants to turn the wheel over to one of her Corgis, I’ll guess the dog can handle it.

The bottom line, of course, remains the bottom line. And with a window sticker of almost $90K, you can do a lot of cross-shopping. But just as there’s nothing that will substitute for Chevy’s Suburban if you want a Suburban, the Land Cruiser remains in a class of one. Just like, ahem, Her Majesty.