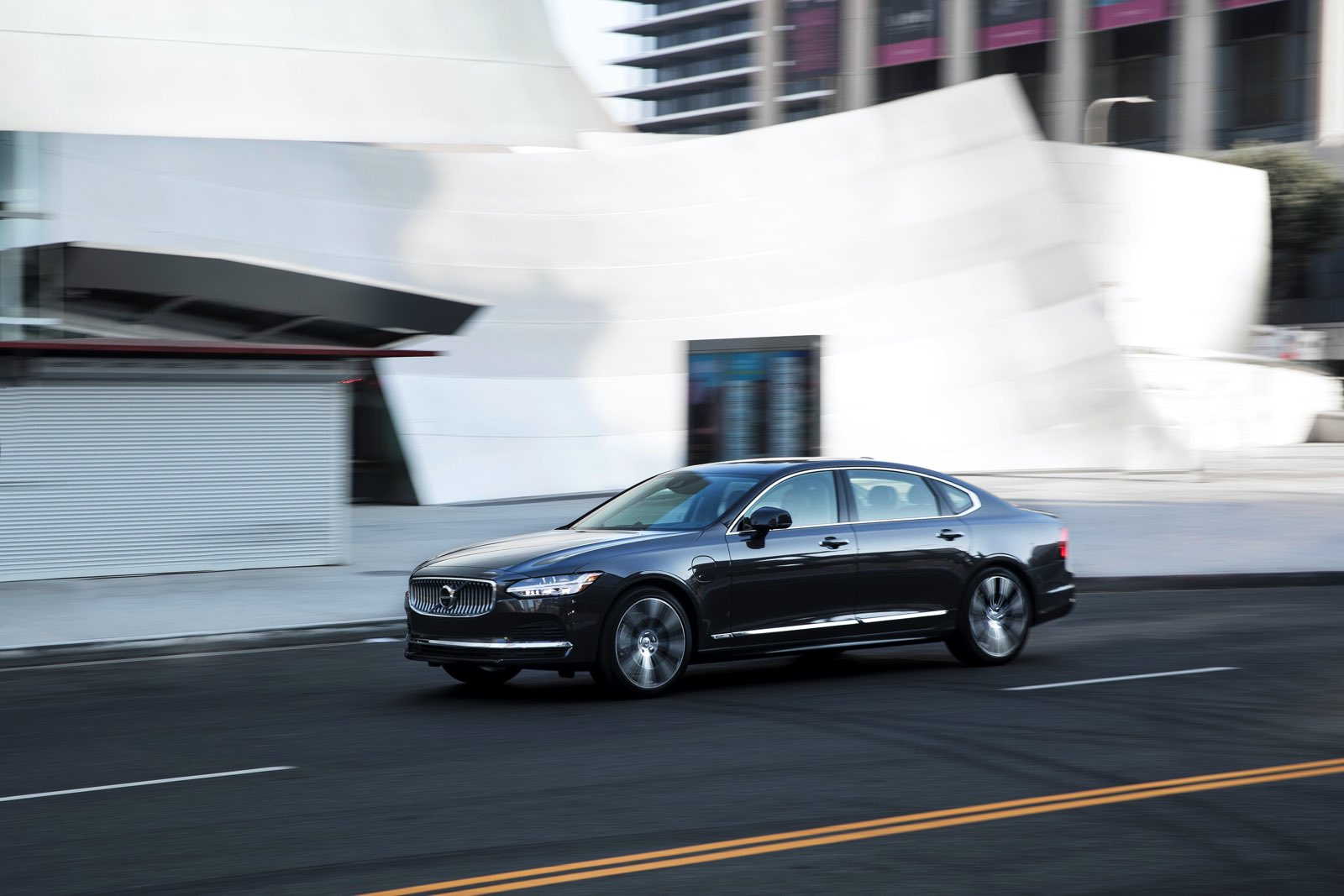 At the end of a long year, it’s time for a Recharge

As one of five regular panelists on the AutoNetwork.com webcast, we often discuss EVs, or some variation of them: hybrids, plug-in hybrids or the holiest of the holy, battery-powered electric vehicles. Despite commanding a small percentage of the U.S. market, those vehicles with electric power (or, at the very least, an electric assist) command an inordinate amount of attention from those of us paying attention. And while I’m not convinced that the segment – as a whole – deserves that level of inspection, Volvo’s lineup – and more specifically, its S90 Recharge – is worth some of it.

If you lived through Watergate, you know Volvo largely as a maker of conservative sedans known for their solid construction, practical specification and engineered safety; nothing more and, to the Swedish carmaker’s credit, nothing less.

As a kid within a traditional, middle class household, I regarded Volvo’s 142 as the perfect vehicle for our family of four, but the guy with the checkbook – my dad – thought differently. His check went toward a Dodge Monaco and, after that, an even bigger Mercury 4-door. Any my dozen (or so) years in automotive retail were capped – if that’s the word – by a few months on a Volvo showroom, when the S60 and S80 sedans were joined by the warmly received XC90 crossover. In short, Volvo has a long history, while one of its newest debuts, the S90 Recharge, would seem to signal a bright future.

The S90 is a more upscale outgrowth of Volvo’s S80, which was targeted at BMW’s 5 Series and the Benz E Class. The S90 footprint is more substantial, but then, America’s executive class has gotten more substantial. Introduced in Detroit at that city’s North American International Auto Show, the S90 entered showrooms for the 2017 model year.

As I’ve reported, this was at a time when BMW’s 7 Series and the Mercedes S Class were increasingly irrelevant; customers were buying those companies’ crossovers, not their full size sedans. And if you were in the market for full size luxury in a 4-door format, you bought a Tesla. So, the S90 entered the market with headwinds, but then, Volvo has never had volume aspirations for its big sedans; for that, it has the XC90, XC60 and, more recently, the XC40.

In the walkup, you can’t help but be impressed by the emotional tug provided by the S90’s understated sheetmetal and, if remembering that 142, expansive footprint. This, visually, is a sedan punching well above its Swedish image and (in base form) $50K price point. And while it avoids stylistic excess, it also avoids the generic; you won’t confuse it with anything coming from the Germans or Japanese, and its low volume means it won’t show up on the radar of Hyundai or Genesis.

Sitting on a wheelbase of ten feet, and stretching 200 inches, this comes closer to Cadillac than Camry in its physical footprint. And with that, its five passengers (driver plus four) can fully stretch out; if your Uber driver is in one, make sure you tip generously. And both driver and passengers will enjoy the perforated leather, warm wood trim and tastefully applied brightwork – this is almost traditional luxury embedded within of-this-century packaging. And if the juxtaposition of last century/this century doesn’t immediately hit home, with your first grasp of the crystal (Orrefors, no less) shift lever, it will hit home.

Under the hood is Volvo’s super and turbocharged inline four, in this application producing 313 horsepower and almost 300 lb-ft of torque. That figure is rounded up to an even 400 horsepower (and 472 lb-ft of torque!) with the addition of the 87 hp electric motor. Propelling roughly 4,000 pounds of Volvo, you’ll find all of the acceleration you could possibly wish for, whether merging onto a freeway or racing Audis for pink slips. But that, of course, isn’t the point; avoiding gas stations is the point, and with 21 miles of all-electric driving via the Recharge’s plug-in battery, most commutes can be handled under all-electric power, especially if your commute is to and from home!

With a base price in all-wheel drive form of $60,000, the S90 Recharge T8 Inscription strikes me as one h*lluva good buy. Add $10K in comfort and audio upgrades and it’s still a good buy. If you can avoid being sucked in by the crossover craze, Volvo’s S90 should stand the test of time, for all time.