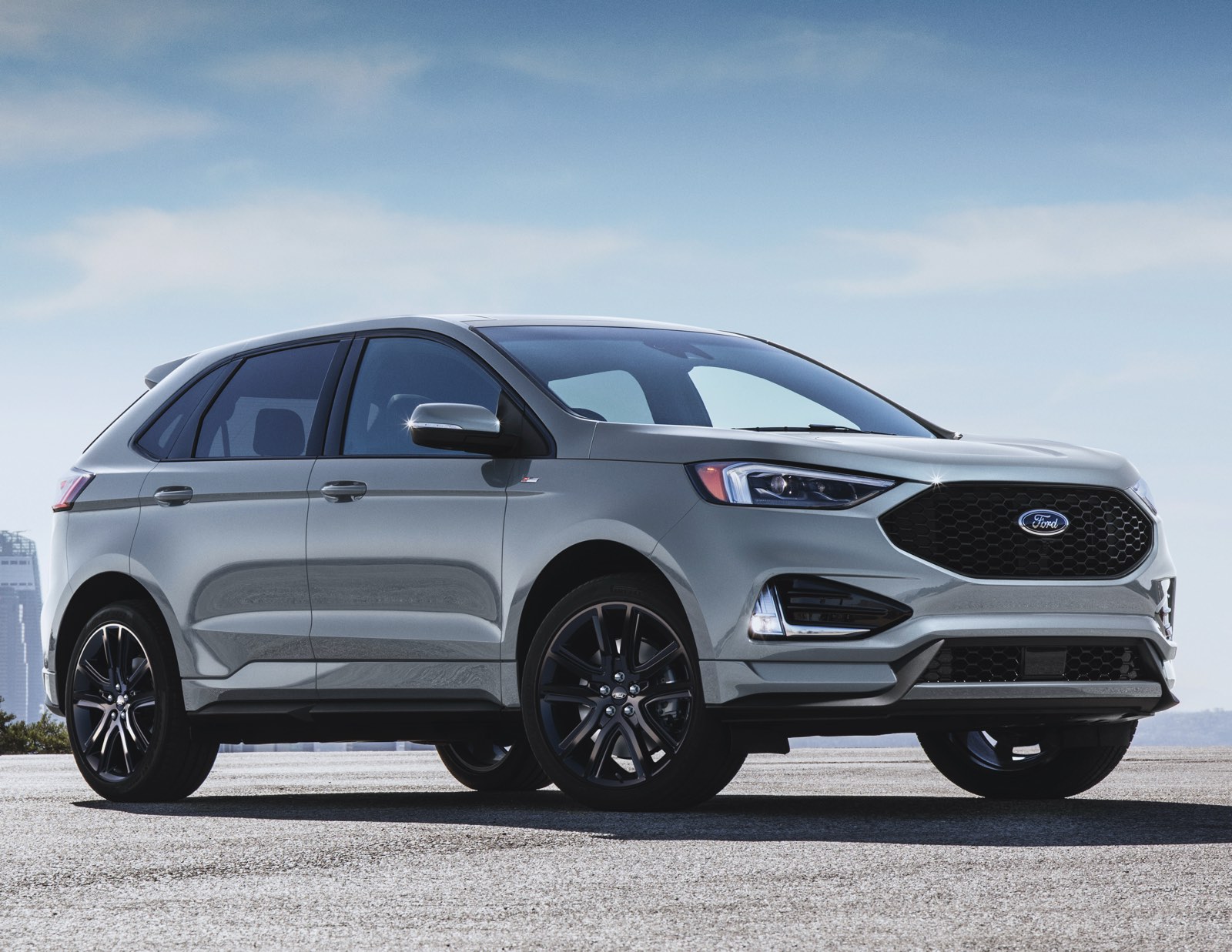 At a time when it seems new automotive introductions take one of only two courses – the EV or the crossover, while occasionally joined by an EV crossover – it’s hard to remember a time before the crossover. There was, however, a time; for Ford it was the period before the 2007 model year.  In Ford showrooms prior to 2007 you had the body-on-frame Explorer and the even larger (in the U.S., ‘larger’ is good) body-on-frame Expedition. Both truck-based SUVs were more agrarian, while the new-in-2007 Edge, built atop a Fusion-based unibody, was more car-like. Hence, Ford had its first crossover, while – 14 model years later – consumers have a wide array of competitive choices.

At the launch of the Edge’s 2015 redesign, I was a fanboy. With Ford’s attention once again turning to Europe for sales and – by extension – inspiration, the new Edge carried with it an almost BMW vibe; at the time I likened it to a front-wheel drive/all-wheel drive X5. And the Germanic façade was supported by significant upgrades to the interior and drivetrains. In short, there was much to like, especially when Ford’s Escape remained small and (necessarily) entry-level, and the Explorer had become significantly larger, if not exactly obese.

Six years later the Escape benefits from an all-new redesign and footprint, while Ford’s Expedition has moved to a rear-wheel drive/all-wheel drive platform. Away from the Ford showroom, compact crossovers have exploded in popularity, while midsize crossovers are increasingly offering three rows of seating. In short, the business model for Ford’s Edge (and Nissan’s Murano and whatever Chevrolet is calling its 2-row crossover at the moment) seems increasingly marginal, squeezed as it is by larger compacts and more versatile midsize models. Of course, ‘marginal’ for the Edge still gets Ford over 10,000 sales a month.

Our test Edge, a 2020 Titanium AWD model, hit our driveway months into the 2021 model year. To be sure, for this new model year the Edge enjoys a host of refinements, but little that would force the prospective buyer to wait. This Edge, in its Titanium finery, brought with it almost $4200 of Equipment Group 301A and $1600 of the Titanium Elite, bringing its grand total to just over $47,000.

In the walkaround, the Edge’s Euro vibe is nicely underscored by the Burgundy Velvet Metallic Tint clearcoat. This provides an upscale palette, and nicely accentuates the Edge’s upscale contours. The overall shape is an interesting mix of angular (hence the ‘Edge’) and organic, with somewhat short overhangs – for the genre – combined with a relatively high windowsill and reduced greenhouse. To its credit, the design team gave the Edge enough glass area to see what’s around you (I had just come out of the new Supra, where you can only see what’s immediately in front of you…), but you won’t confuse this with your mom’s Volvo wagon, or your partner’s XC90.

Inside, seating in our Titanium trim is covered in an Ebony perforated leather, and it also conveys an upscale look and feel. But six years after its redesign the automotive world has moved the design needle significantly, especially in the execution of its interiors, and the Edge’s interior would seem to be approaching the end of its freshness date. There’s nothing wrong here, as the room is generous and most controls intuitive, but there’s also little that will surprise or delight.

Regrettably, it’s under the hood that you’re left wanting for more. With 250 horsepower and 275 lb-ft of torque (numbers surprisingly close to the BMW powertrain found in the Supra 2.0), the Edge should be genuinely responsive. And according to Ford specs, there’s only 4,200 pounds to haul around. But the chassis and drivetrain seem uninspired, which is exactly the impression a driver would have received from the Fusion platform (on which the Edge is based) before Ford kicked its midsize sedan to the curb. It’s telling – I think – that Kia’s larger 3-row Telluride is more fun to toss around than the 2-row Edge.

If I was in the market for a 2-row crossover and had $40K to spend, I’d look long and hard at a well-optioned Escape, or bump myself up to a modestly equipped Explorer. There’s nothing wrong with the Edge, but after six years in the product oven – and in today’s hypercompetitive crossover market – it  would seem to have lost its, uh, edge.