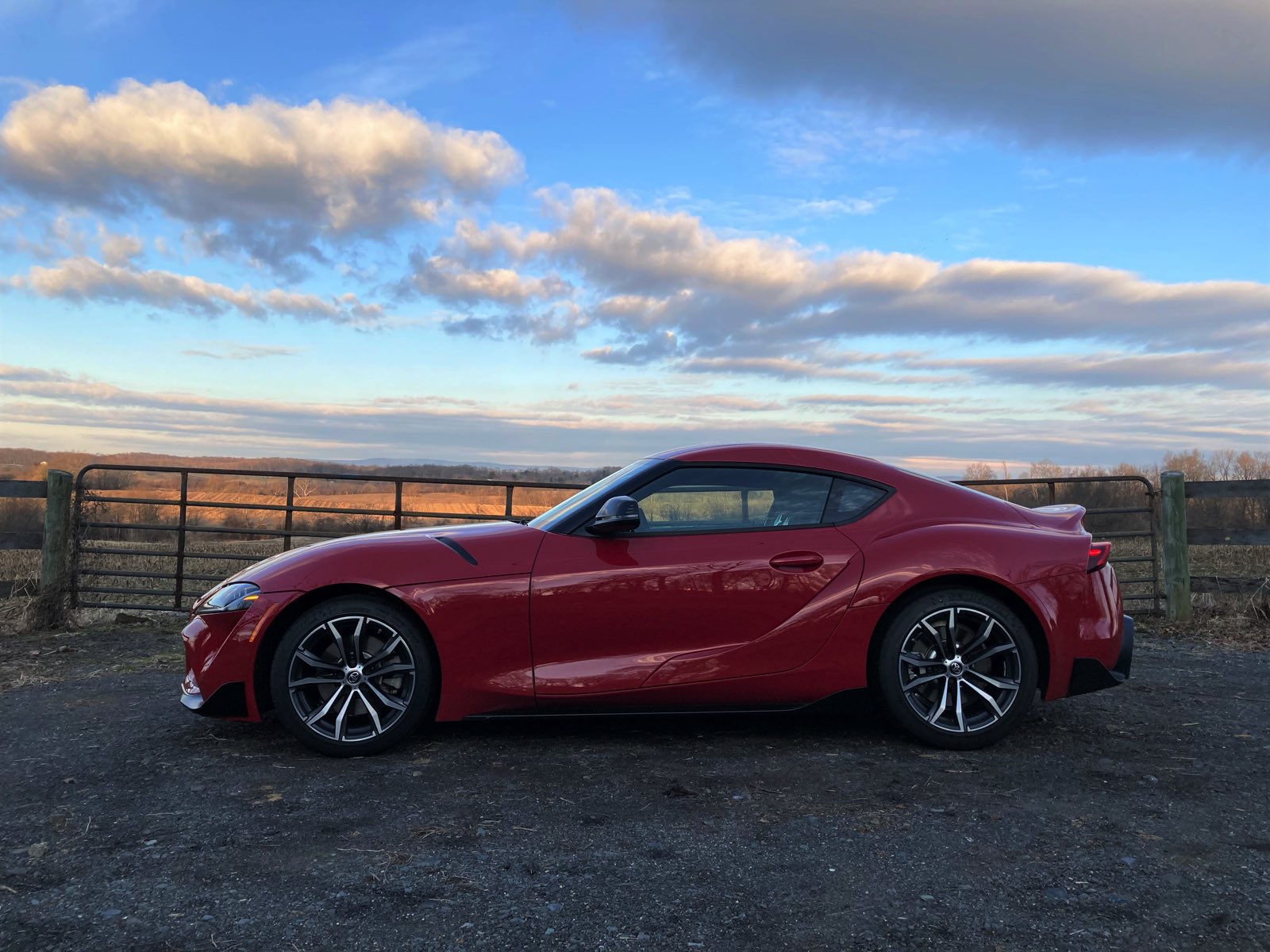 In any number of ways, Toyota’s reborn Supra – all new for 2020 – is polarizing. Developed in partnership with BMW, longtime Supra enthusiasts dismiss it as neither fish nor fowl. Believing the Supra brand required an inline six, Toyota turned to BMW for its powertrain and platform. Once that partnership was sealed, Toyota penned the exterior while fine-tuning the engine, suspension and ride quality. And while Supra loyalists push back on the partnership, BMW fans have the Z4, and are invariably hard-pressed to set foot in a Toyota showroom…unless buying their kid a 4Runner.

With all of that, I’m (almost) all-in on the all-new Supra, but it’s also taken awhile. In contrast with the Z4, which offers a non-threatening form that can almost lull you to sleep, the Supra’s design throws everything at you, including a number of fake inlets and enough add-on aero to fly a plane. At first blush it’s all a bit disconcerting, but after more than a year of blushing I’m beginning to accept the totality of the design if in the ‘right’ (i.e., dark) color. And for those perusing the aftermarket, I’ll admit that a lowered suspension and aggressively upsized wheels and tires have an almost wondrous effect, visually balancing the add-ons with the Supra’s more planted footprint.

If you can overlook the Supra’s busy surfaces, you’ll enjoy a sportscar that is almost classic in its proportion: long hood, raked windshield and a minimal cabin pushed back against the rear axle. If you grew up admiring Jaguar’s E-Type or Toyota’s own 2000GT (which paid tribute to the Jag in the late ‘60s), you’ll recognize the classic proportion in this new Supra. In fact, Toyota could do its own neo-classic tribute to the 2000GT by hitting delete on the add-on aero, along with the addition of a retro-esque nose piece. Toyota, of course, won’t – but it could.

Once inside (watch your head – it’s a little like climbing into Chuck Yeager’s Bell X1), you’ll find a cockpit and not – notably – a cabin. This is a 2-passenger in the classic sportscar/GT sense. It is more expansive than Mazda’s Miata, but like the Miata, it’s narrow, and just short of claustrophobic. If you’ve spent any time in a late model 911, the Porsche will feel more like a VW Bus – all glass, and providing significantly more physical space.

Once inside, you and your passenger are enveloped by the excitement of a purpose-built GT, perfect for the point-and-shoot incumbent in a weekend drive – or a got-to-get-to-work midweek commute. The wheel’s diameter is perfect, the view forward to the instruments unobstructed, and while I’d prefer dispensing with the infotainment screen, this one’s better (i.e., more intuitive) than many.

Under the Supra’s hood a prospect has his or her choice of either a 3.0 liter turbocharged six or, more recently, a 2.0 liter turbocharged four. And while your inner Mel Gibson (“Braveheart”) might prefer the 380+ horses of the inline six, the four’s 255 horses and 295 lb-ft of torque will get you from 0-60 in five seconds. The 4-cylinder powertrain is also roughly 200 pounds lighter, and will hit your checkbook with $8K less impact. Now that I’ve driven both, I’m hanging in the 4-cylinder camp…and happy to be there.

In most things mechanical, the fit is roughly 90% of the formula; if you fit the bike, motorcycle or car you’ll be that much more satisfied on the saddle or behind the wheel. And for me, the fit of the Supra is perfect, its power fluid and handling linear. While a cliché, you are at one with the Supra in a way very few car-and-driver teams will accomplish. (Behind the wheel I’m reminded of Tobey Maguire’s character on Sea Biscuit; the horse surprises everyone, while I’m left wondering how Spiderman is now riding a horse.)

If, in a refresh, Toyota could dial back a few of the Supra’s stylistic excesses I’d be an even bigger fan. And please give us older guys a manual trans, before our soon-to-be-arthritic knees demand the automatic.