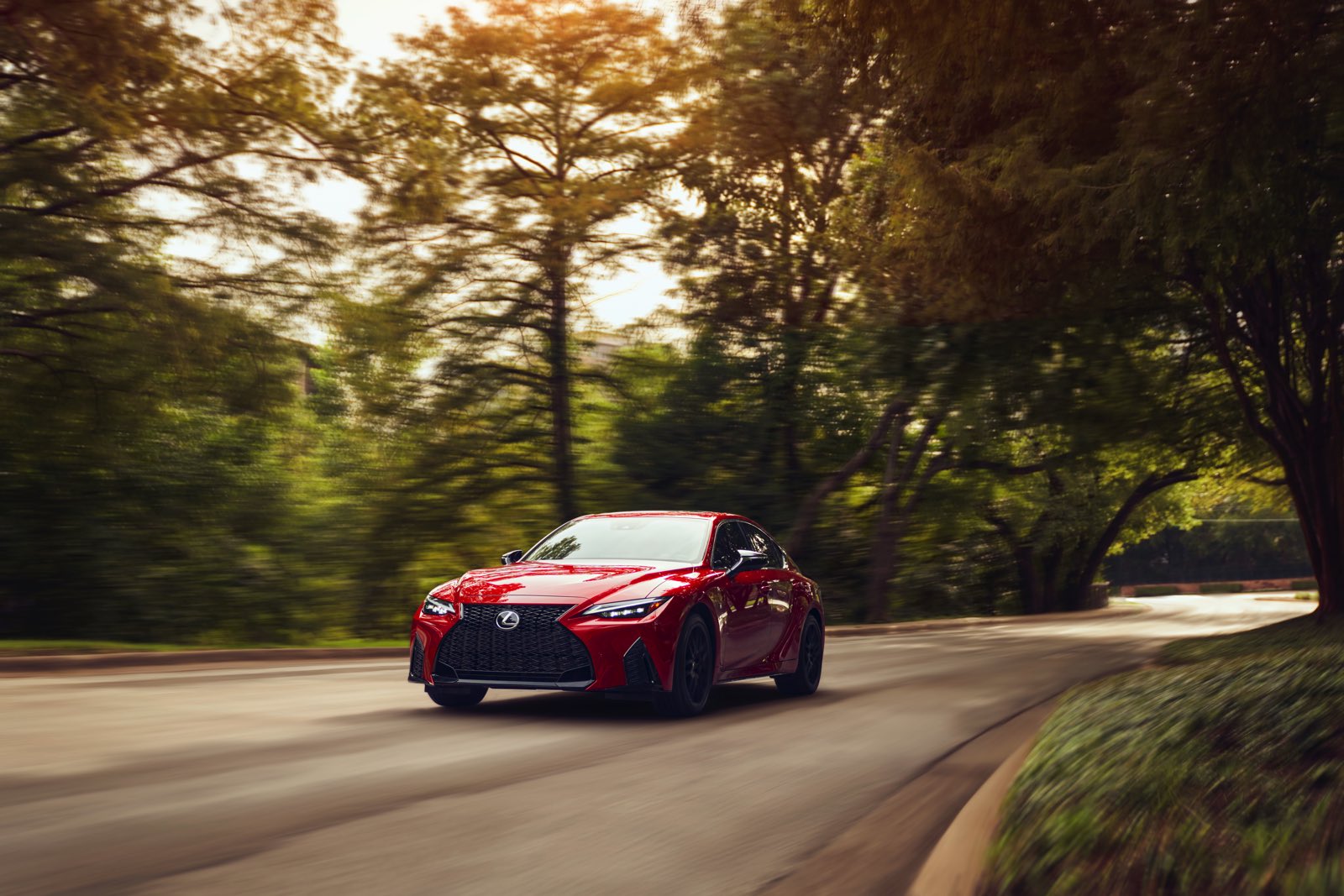 Lexus 3 Series gets a tune-up

The initial premise of Toyota’s Lexus brand, introduced to the U.S. market in the 1990 model year, was to combine the appeal of the BMW or Mercedes lineups with the more accessible price point of Cadillac, along with the bullet-proof reliability of its Toyota parent. But it took ten years for Lexus to come up with a viable competitor to BMW’s most popular model, the 3 Series. The IS 300 4-door, later supplemented by a short-lived wagon, was sufficiently successful to spawn two redesigns over the next two decades, along with what could be termed (and so we’ll term it!) an aggressive refresh for 2021. Join with me now as we look at the Lexus IS 350 F Sport AWD…

If you’ve seen the IS in any of its variants, you’ll immediately recognize the 4-door sport sedan for 2021. Its twin-spindle grille has been slightly expanded (subjectively, I wish they had saved that money…), and the side sheetmetal is more lavishly sculpted. But this is essentially the same IS offering I’ve enjoyed over the last several years. And part of that essential appeal is that Lexus hasn’t significantly expanded its footprint since first introducing the IS 300 twenty years ago. It launched with an overall length of 173 inches, sitting atop a wheelbase of 105 inches. Today, it is exactly one foot longer, while the wheelbase has stretched to 110 inches. Given that BMW’s 3 Series feels (and looks!) more like a 5 Series, while the Benz C Class reminds me of an older E Class, the Lexus is almost Republican in its preference for conservative growth.

Inside, you’ll find comfortable accommodation for four. If there’s a negative in keeping its compact footprint compact, it’s probably in the available shoulder room. Four adults will work for a lunch hour, but if planning a vacation you’ll probably want to grab the Sienna. Lexus claims 90 cubic feet of passenger volume; if you subtract the eight feet brought in by four passengers, that leaves 82 cubic feet for asses and elbows.

Behind the wheel, Lexus adds just enough tech to tie the IS 350 into this century, but not so much as to lose the intuitive feel of the last century. I’m especially pleased by its touch points: the steering wheel is the right proportion, and a conventional shift lever ‘rows’ the 8-speed automatic, if/when you’re not employing the paddle shifters. It’s all rather tidy, and offers just the right amount of ‘personal’.

In terms of handling dynamic, Lexus touts its Lexus Driving Signature, an engineering protocol which will, going forward, dictate the performance parameters of all Lexus models. On all IS models the chassis stiffness is improved, while the IS 350 F Sport benefits from 19-inch rims and staggered tire sizes. Our all-wheel drive equipped F Sport was equipped with aggressive rubber, but it was all-season rubber. To that end, I took exit ramps at only double the posted speed…

Under the hood of the IS Lexus gives you a choice of a 2.0 liter turbocharged four or two variants of a 3.5 liter normally aspirated V6. If opting for an IS 300 AWD, you get a detuned 3.5 liter V6, which is actually a step back from the four in terms of available torque. (And if reading this in Texas, you’ll probably opt for rear-wheel drive, anyway.) Step up to the F Sport and those 3.5 liters deliver 311 horsepower and 280 lb-ft of torque, more than enough to propel the 4-door’s 4,000 pounds forward. From a standstill 60 shows up in 5.7 seconds, and all versions have a claimed top speed of 143.

In a segment once considered compact, only the Lexus IS seems to have adhered to that smallish footprint; almost everything else has grown to what we once considered midsize. There’s a lot to like here, in large part by what there’s not to like here, i.e., its lack of size and weight. There are, of course, other sport sedans you might lease, such as Alfa’s beautiful Giulia or the newish Genesis G70. This Lexus, however, is the sport sedan to buy.