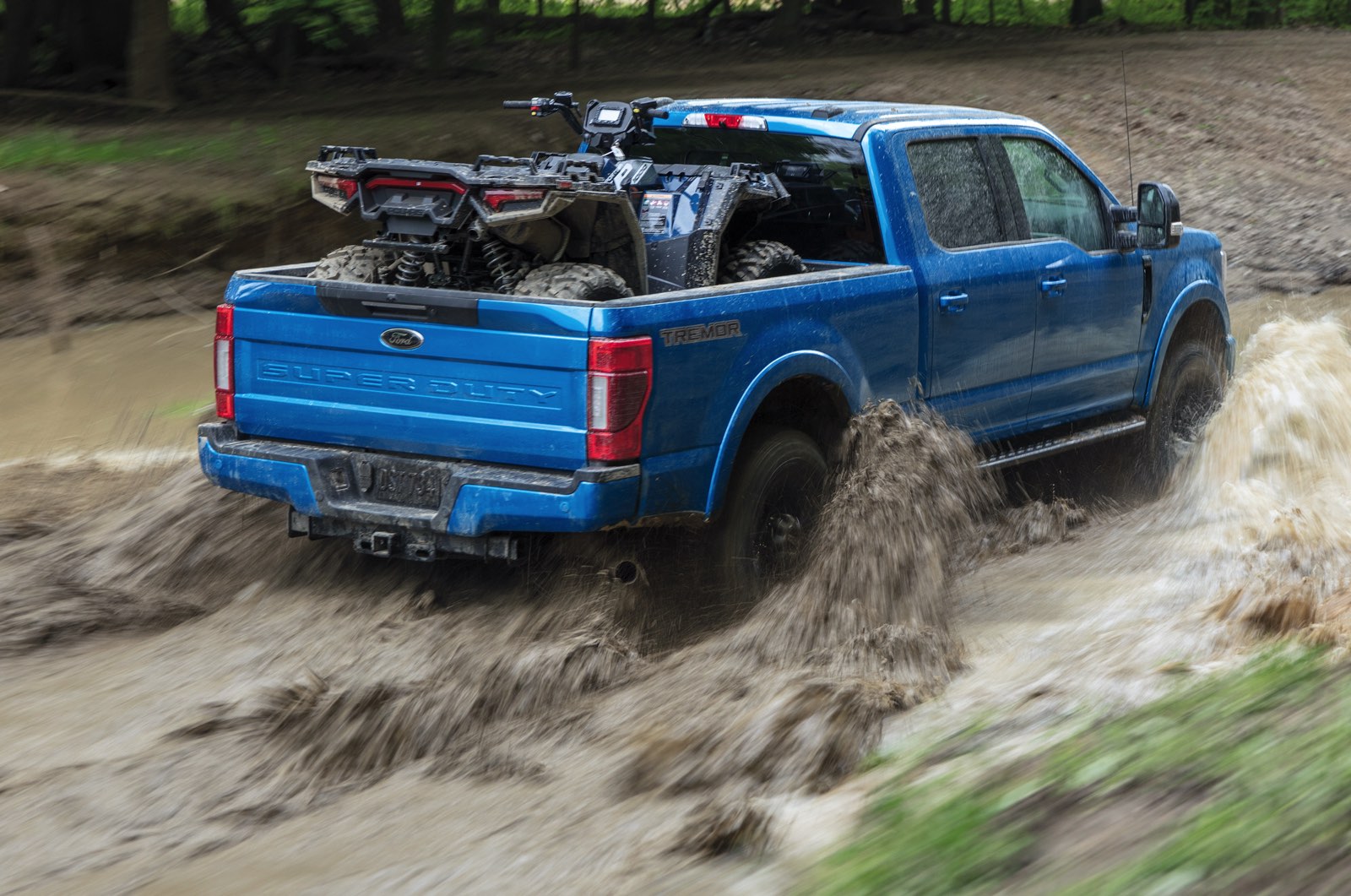 BUILT FORD TOUGH.
BUT IS IT TOO TOUGH?

In the spirit of full disclosure, know I’m the co-owner of a 2020 Ford pickup and, more recently, 100 shares of Ford stock. And yeah, my stock ownership isn’t gonna’ move any needles. Earlier in the year I had thought I wanted an eBike, and decided that for similar money I could invest in Ford. So, I’m a minority (way minority!) shareholder, and still pedaling a bike without a hint of motorized assistance.

I’ve tested Ford’s F-250 before, but never through the filter of F-150 ownership. My wife and I had purchased the F-150 near the end of last summer, as our first season (a pandemic-mandated season) of trailering was coming to an end. We had bought an entry-level trailer last spring, thinking we’d trailer to Los Angeles in June. That, of course, was before the western states blew up with more Covid outbreaks, and trailering west seemed like a bad idea. Happily, trailering itself wasn’t, and a half-dozen camping trips in Virginia, West Virginia and Pennsylvania impressed us as something we’d like to stick with if we had a more capable tow vehicle.

There are no bad full-size pickups on the market, and among the domestic Big Three it would seem to boil down to personal preference over specs or capability. While initially thinking we’d buy one of the light duty diesels, our local Ford dealer had a F-150 crew cab with the EcoBoost V6 and trailer towing package in a color (Iconic Silver) we liked. And with the 18-foot trailer behind the Ford, it was as if we didn’t have anything behind the Ford. So the next step (naturally!) was to buy a bigger trailer.

And with 26 feet of trailer now behind it, we know we have a bigger trailer. In going from 18 feet to 26, we added about 2,000 pounds of additional weight and almost 400 pounds of added hitch weight. All of the new trailer’s specs are within the F-150’s towing capability, but it does make a difference in towing; the F-150 doesn’t feel strained, but neither does towing seem effortless. So as you climb a grade in central Pennsylvania you begin to wonder if a Super Duty wouldn’t make some sense. And with Ford’s generosity, I have a Super Duty in my drive!

The vehicle that Ford loaned is the new ‘Tremor’ take on Ford’s super-capable F-250, with a raised ride height and aggressive, off-road rubber complementing its footprint. And this is one big footprint. Opt of the Super Duty crew cab and in its short (I’ll repeat that – short) wheelbase form of 160 inches, the truck stretches over almost 21 feet. If you step off the normal parking lot space at your area supermarket, you should know it’s not 21 feet; you’ll need two spaces. And while any fullsize pickup requires the assist of a running board to reach the cab, the Tremor spec, while increasing the Super Duty’s ground clearance, also makes the truck that much more difficult to access.

Once inside, we enjoyed the Platinum trim’s heated leather seating, ample console and glove box storage, and reasonably intuitive controls. With the shift lever on the steering column (so Last Century, but for the most part I enjoyed the Last Century), more of the center console is available for storage; you’ll have room for your phone, while your front seat passenger has room for his or her phone. And as you’d guess, if carrying two or three passengers in the rear seat, they’ll have plenty of room while leaving your space as, well, your space.

It’s behind the wheel that the differences between a light duty pickup and Super Duty become more clear. With Ford’s available 7.3 liter V8 under the hood (a 6.2 liter gas V8 is standard, and a 6.7 liter Power Stroke diesel is optional), you know you’re not in your buddy’s Tesla. This is an internal combustion machine as God and Henry Ford intended, with enough towing power (24,000 pounds) to tow two(!) of our 26-foot trailers in tandem, which – as we get further into this camping thing – might be the his-and-hers solution to ‘marital bliss’. Worth a try.

Of course, there is no fuel economy from a 7.3 liter gas V8. The EPA doesn’t supply an estimate for heavy duty vehicles, but the dash computer suggests around 12 miles per gallon without a trailer – and I’d guess that is reduced to about 8 miles per gallon with 8,000 pounds behind you. But when on a vacation, the last thing you want is stress and strain when going down the road, and with a Super Duty that’s all but eliminated.