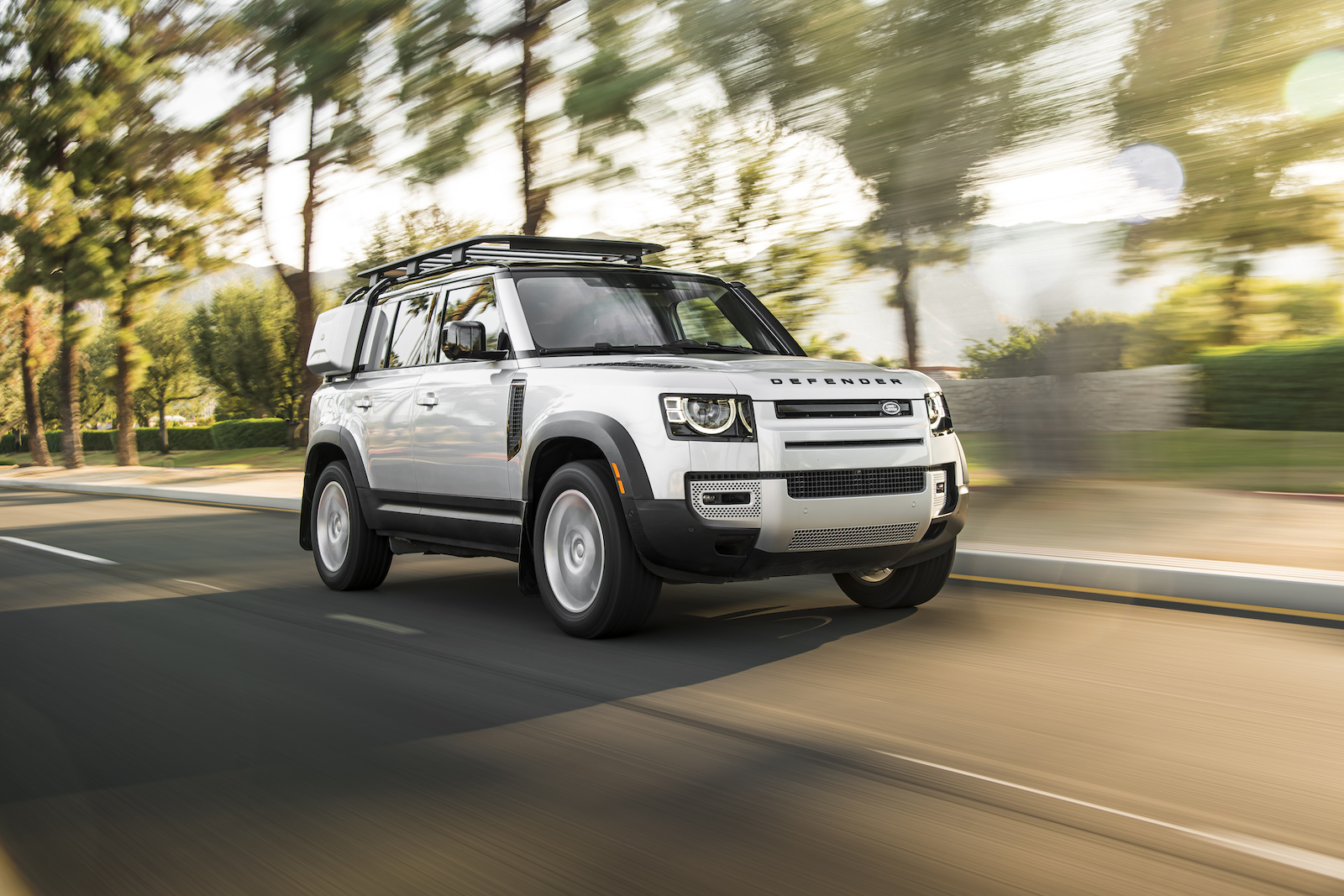 In the first two seasons of “The Crown” you can’t reach for a cup of tea without missing a Land Rover in one of the shots. Historically, I’ve always thought of Land Rover’s iconic Defender as the National Car of the Colonies, but in profiling the House of Windsor, the agrarian Land Rover is more often spotted at Balmoral than in Botswana, invariably with Liz behind the wheel. If there is a Season 5 of “The Crown”, and if it brings us fully into this century, we’d think Will and Kate will be the show’s epicenter. And if behind the wheel, it’ll be the wheel of Land Rover’s all-new Defender.

In the niche world of automotive news, there are few brands as compelling as Land Rover. And within the Land Rover brand, nothing quite sucks you in like the Defender. Developed almost in parallel with Jeep’s CJ (Civilian Jeep), the Land Rover was built to provide Britain’s farmers with a versatile field hand, while supporting Britain’s colonies in their defense of the Empire. And again like Jeep’s CJ, it served as a tool – nothing more, nothing less…and long before gentrification was a commonplace descriptive.

To suggest that Land Rover had latched onto a winning formula is to understate; its various parent companies (we don’t have the space here to list them all) kept it in production for some 65+ years, ending the run in 2016. When it came time to reinvent the concept, JLR (Jaguar-Land Rover) veered more offscript than the route taken by Jeep in continually revising its CJ. The body-on-frame structure was replaced by a unitized chassis and body, while levels of comfort and luxury were – for the first time! – part of the product description. In short, they reinvented the thing, and while as a business model the new direction was obvious, some stone axe types are gonna’ miss their stone axe.

In the walk-up to the long wheelbase, 4-door Defender 110 (there’s also a shorter 2-door, the 90) I’m immediately struck by its upright, two-box architecture, capturing more than a little of the erect posture of a Prince Philip. This is vertical done right, with just enough compound curvature at its corners to look as if it was designed by something other than a straight edge. The Defender 110 is substantial in its proportion, stretching over 15 feet before adding the ten inches for the rear-mounted spare. On a wheelbase of 119 inches, wheels are pushed to the corners, with almost no front or rear overhang. Ride height is variable, but the spec sheet indicates 77 inches in its ‘rest’ position.

Notably, in its standard height there’s no need for the auxiliary step or running boards. This isn’t the family Accord (or Jag-u-ar sedan), but the step up is moderate if you’re not challenged by your inseam. And once inside, with a high hip point and expansive views to the front and sides, you feel a little bit a Queen; Elizabeth if you’re a gal, Freddie Mercury if you’re a guy. The only visual hiccup is to the rear, where the relatively narrow window on the rear door is further marginalized by the spare. You’ll see what’s behind you if the grill says ‘Freightliner’, but if it’s a Fiesta, probably not.

The test 110 X was upholstered in what the Land Rover team terms Windsor Leather (along with a textile accent for enhanced durability) in a ‘vintage’ tan, and was fully adjustable, heated and with a better memory than mine. Touchpoints inside were mixed, but then, with the Defender’s capabilities you know – even at an $85K window sticker – they’ll look to save some money somewhere. If there’s a disconnect inside it’s with the totally non-intuitive nature of the touchscreen. I know if you enjoy it over seven years of monthlies you’ll get to know it; I had six days, and I was never gonna’ know it. There’s a better balance available, and I’ll hope that in the refresh Land Rover finds it.

Under the Defender’s hood is a turbocharged 3.0 liter inline six mild hybrid that is an absolute joy, going about its business as if you’re on a playdate. With 395 horsepower and 406 lb-ft of torque driving all four wheels through an 8-speed automatic, this is exactly what a luxury on-and-off-roader should be, with no hesitation from a stop and an extremely relaxed cruising capability on the road. It’s 17/22/19 EPA estimate won’t win any awards from the Green Car Journal, but then, you don’t need another plaque, do you?

Of course, if pulling the trigger on a Defender you should have some off-road aspirations, and this Land Rover is designed to deliver. Land Rover’s Configurable Terrain Response (which is registered!) allows drivers to use the touchscreen to punch up capability appropriate to the Defender’s surroundings. Regrettably, in the week I had with it all we enjoyed/suffered was a wintry mix, but any number of past outings in Land Rovers have demonstrated the product’s off-road bonafides.

When pulling that trigger, you’ll be aided by a dual-income household where both incomes are six figures, as buying an $85K Defender 110 X isn’t for the financially faint of heart. Build your own, as I did online, and you can come up with a satisfactory amount of ‘kit’ for under $60K, and while you’ll forego the six cylinder in exchange for a responsive four, and your off-road capability won’t be quite as ‘configurable’, that $60K will certainly give you everything you need while still making those (smaller) monthlies.

In the 70+ years since the Land Rover first crawled upon the world stage, the Empire has been reduced (and Philip is – at 99 – more stooped), while our desire to explore its edges has never been greater. If in the market for an automotive overachiever, this newest Defender deserves a look – and probably a deposit.