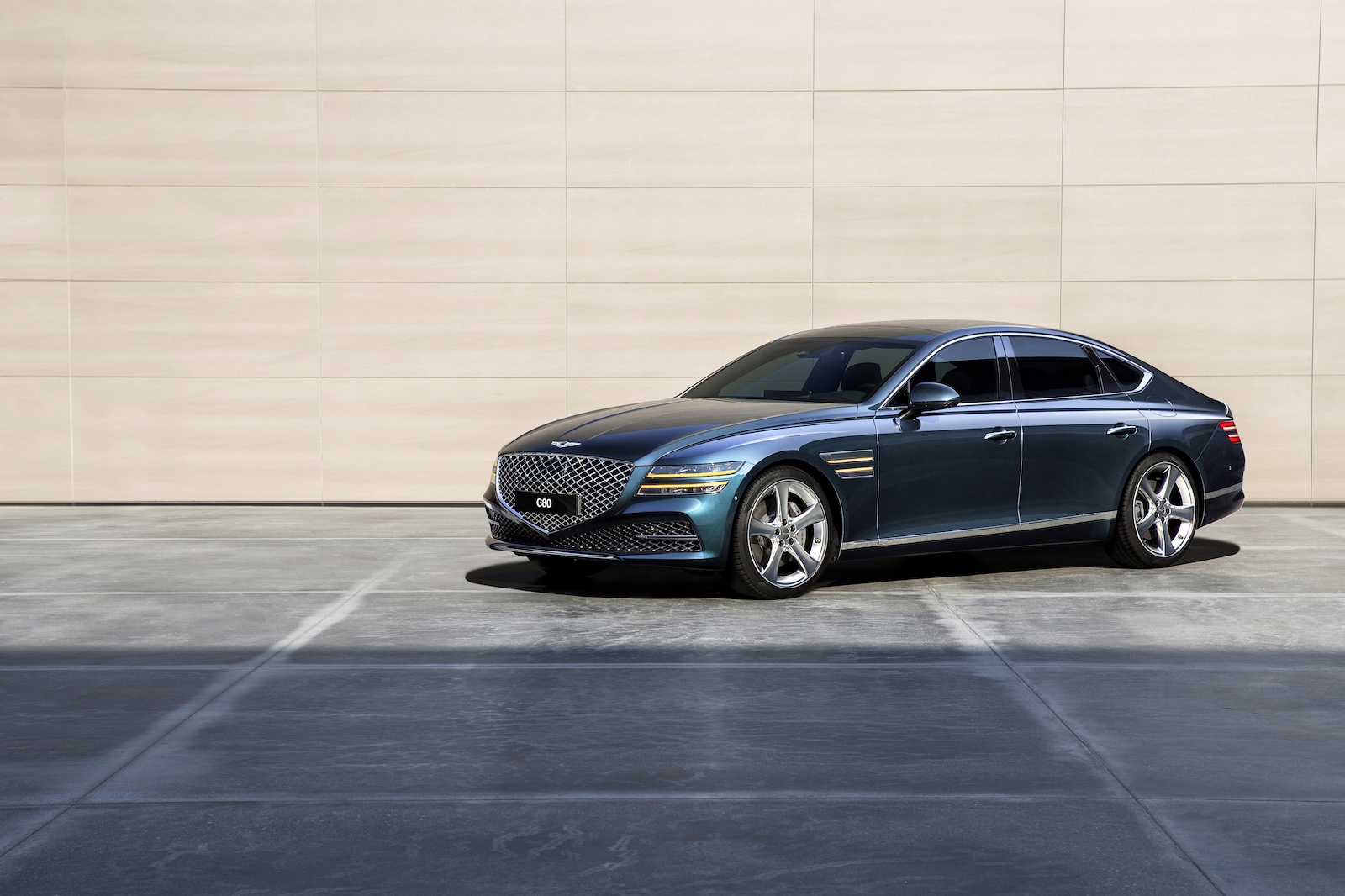 ‘BABY’ COMES OUT OF THE CORNER

It’s been almost 35 years since Dirty Dancing, starring Jennifer Grey and Patrick Swayze, hit theater screens. And related in no way to its debut – except for purposes of this column – was Hyundai entering its second year in these United States. Launching here in February of ’86, it took Hyundai only seven months to move 100,000 entry-level Excels from showrooms onto driveways, and only a few more for U.S. buyers (and – for that matter – Hyundai dealers) to recognize what an unmitigated disaster the Excel was. While Jennifer Grey’s ‘Baby’ was moving out of the corner, Hyundai’s Excel was returning to the shadows, its reputation darkened by mechanical failure and dismal resale values. Thankfully, by the late ‘90s Hyundai’s ship had been righted, and twenty years later the Genesis brand, parent Hyundai’s ‘baby’, commands the stage.

In what began with only two big sedans, the G80 and flagship G90, has now been joined by the 3 Series-sized G70 and the GV80 SUV. The delayed arrival of an SUV generated a little consternation among industry observers, but that delay has resulted in one of the very best values among luxury SUVs. And the value story continues with the redesigned G80.

Sitting atop the same platform as the GV80 SUV, the G80 also shares that crossover’s rear-wheel drive bias, with an extremely brief front overhang visually overmatched by the amount of trunk sitting aft of the rear axle. While much longer (it’s 197 inches long, sitting on a 118-inch wheelbase) than your typical sports/GT, it offers that same coupe-like proportion; if you’ve seen pics of the upcoming Nissan Z, this could be – at least in profile – its longer, 4-door variant. And despite the ‘bigness’ (there’s no other word…) of the G80 grille, the balance of its sheetmetal is pleasingly organic, with just the right amount of surface development to be interesting, but not so much as to be overwhelming. At the end of your 60 monthlies you’ll not have tired of this shape, assuming – of course – that you readily committed to those 60 monthlies in the first place.

Inside, the driver and front passenger sit in command of an operational space that tactfully merges the analog I’m comfortable with and the technology we’re repeatedly told we need. The infotainment screen looks to have been modeled by that thing hanging over your Cowboys stadium, and I could (again) do without a rotary dial for selecting ‘D’ or ‘R’. But most of it’s intuitive, and far easier to use than anything I’ve seen in a Mazda of late. Combine what you can see in front of you with the unobstructed view of what’s around you, and you end up with a relaxed – you might call it ‘sublime’ – driving experience.

Motivation for that experience comes from either a 2.5 liter turbocharged four or a 3.5 liter turbocharged V6. Our test vehicle was equipped with the 300 horsepower four, and while its numerical disadvantage to the six is significant (the turbo V6 offers 375 horsepower), the turbocharged four provides more than enough urge. What you’ll get with the V6 is a more refined feel, along with a dip in efficiency. But neither powerplant is what you’d regard as thirsty, and our turbo four gets a 23/32/26 estimate from the EPA.

With a base price in rear-wheel drive form of under $48K, this new G80 is one helluva deal. (For comparison, BMW’s base 5 Series, with a 2.0 liter turbo four delivering 248 horsepower, is $54,200.) Even with all-wheel drive the 2.5 liter comes in around $52K, typically what you’d invest in an optioned – but not loaded – 3 Series, or Toyota’s new Sienna! It’s when you spool up to the V6, adding some $10K to the base MSRP that the value pendulum begins to swing the other way. It’s still a value, but perhaps not one helluva value.

In short, you can have this Genesis ‘baby’ one of two ways. But with either, she’s out of the corner and up on the stage. And at this point, you should call her Frances.