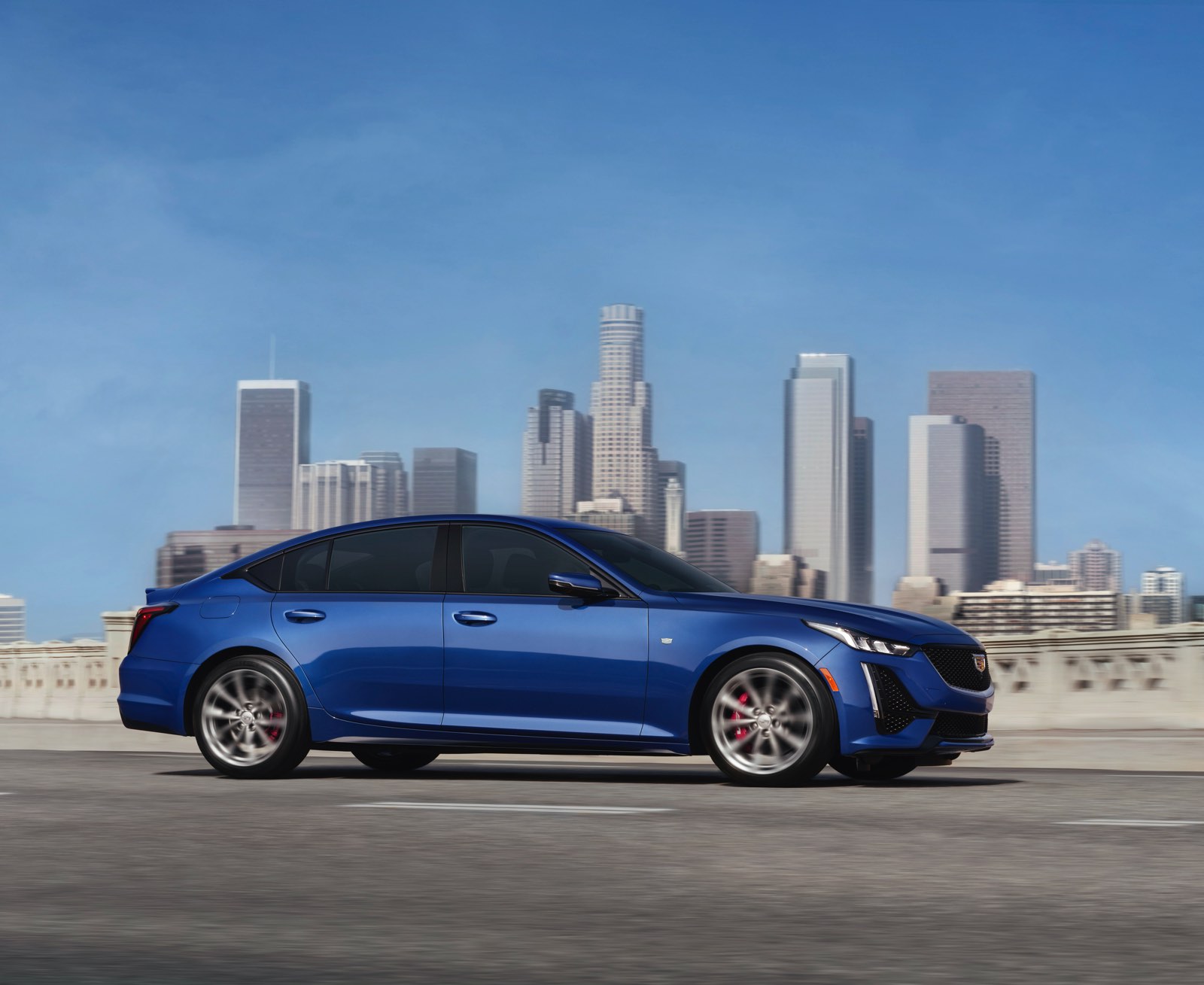 Your sensible – not sensational – sedan

If you came of age at a certain age – you know, somewhere closer to the Great Depression than Great Recession – you may remember Cadillac as GM’s ‘Standard of the World’. And while that designation had as much to do with creative copy as substantive engineering, back in that day Cadillac’s marketing was compelling and its engineering credible. While that ‘standard’ held sway from the ‘30s through the ‘60s, by the time EPA and safety standards of the early ‘70s were encroaching on the design and engineering staffs, Cadillac – along with the rest of the domestic industry – was ill-prepared for the challenge and subsequent fall. Some forty years later, with products such as the midsize CT5 sedan, Cadillac may have righted itself…but is still working to reclaim lost ground.

Although I wasn’t there during the Great Depression, I was a car-obsessed adolescent in the early ‘60s. A classmate’s mom drove a ’63 Sedan deVille, and since our garage housed a ’63 Dodge wagon (wish I had it today…), the Cadillac made for quite the statement in their driveway or, when picking me up, our driveway. At that point it was all-too-easy to buy into the ‘Standard of the World’ argument, for in Lincoln, Nebraska, what else was there?

Almost sixty years later, my initial impression of Cadillac’s CT5 is colored – or perhaps ‘discolored’ – by a week spent behind the wheel of the Genesis G80. While the Cadillac is on the smallish end of midsize and the G80 is on the larger end of the same segment, they both represent a stab at digging into BMW, Mercedes and Audi sales. And at Cadillac, the CT5 also represents what is perhaps on of the last of its sedans at what we’d term a ‘popular’ price point. Also of note: both the CT5 and G80 featured four cylinder turbocharged engines, where you might expect a V6. And while that V6 is offered under both hoods, there’s but one hood that actually needs it: the Cadillac hood.

Of course, two liters of turbocharged four is increasingly common, populating the engine bays of everything from Alfa’s Giulia to Volvo’s S60. This speaks to the industry’s rush to efficiency, while also recognizing a consumer’s very real need to get to (and through!) the drive-thru. Horsepower is typically around 250, while torque – again, typically – hovers around 300 lb-ft. But as we discovered in back-to-back drives with the G80, which boasts a 2.5 liter turbo four and 300 hp, there are any number of deliverables within the same engine type.

What the guys and gals at Cadillac give us are four very coarse (almost rude!) cylinders. Delivering 237 horsepower and 258 lb-ft of torque (the 350 Nm metric figure on the trunk lid informs, I’m told, the Chinese market), the engine is relatively rough at idle, and complains under even the most tepid demands when accelerating. That acceleration is adequate, but you’ll have little or no desire to test it. And those sensations are the complete opposite of what you get when looking at the CT5 from the outside, or enjoying it on the inside.

As noted earlier, the CT5 is on the small end of midsize, and I like its footprint. And the drivetrain is clothed in sheetmetal that successfully communicates ‘Cadillac’, despite the brand’s tortuous route to the 21st century. Given its rear-wheel drive/all-wheel drive (our test vehicle was fitted with AWD) platform, the sheetmetal sits back on the chassis, with little front or rear overhang, and nothing excessive in the way it’s been drawn. And while we’re not sure what its fastback profile has to do with its refined ride (as the press release suggests), it implies a level of performance – you know, ‘fast’ – its V6 option, not tested, might actually deliver.

There’s a point-and-shoot feel behind the wheel. With a greenhouse delivering real visibility, this is a perfect vehicle for tackling what urban congestion you might – in a pandemic – be able to locate. And with real room for four adults and their luggage, you can travel by car and avoid the newly created congestion at airports.

In shopping, if I were looking to spend $40K for four cylinders I’d probably look elsewhere. But if budgeting $50K for six cylinders, the CT5 provides a compelling alternative to the 3 Series, A4 and C Class. That’s while, you know, we can still buy sedans.