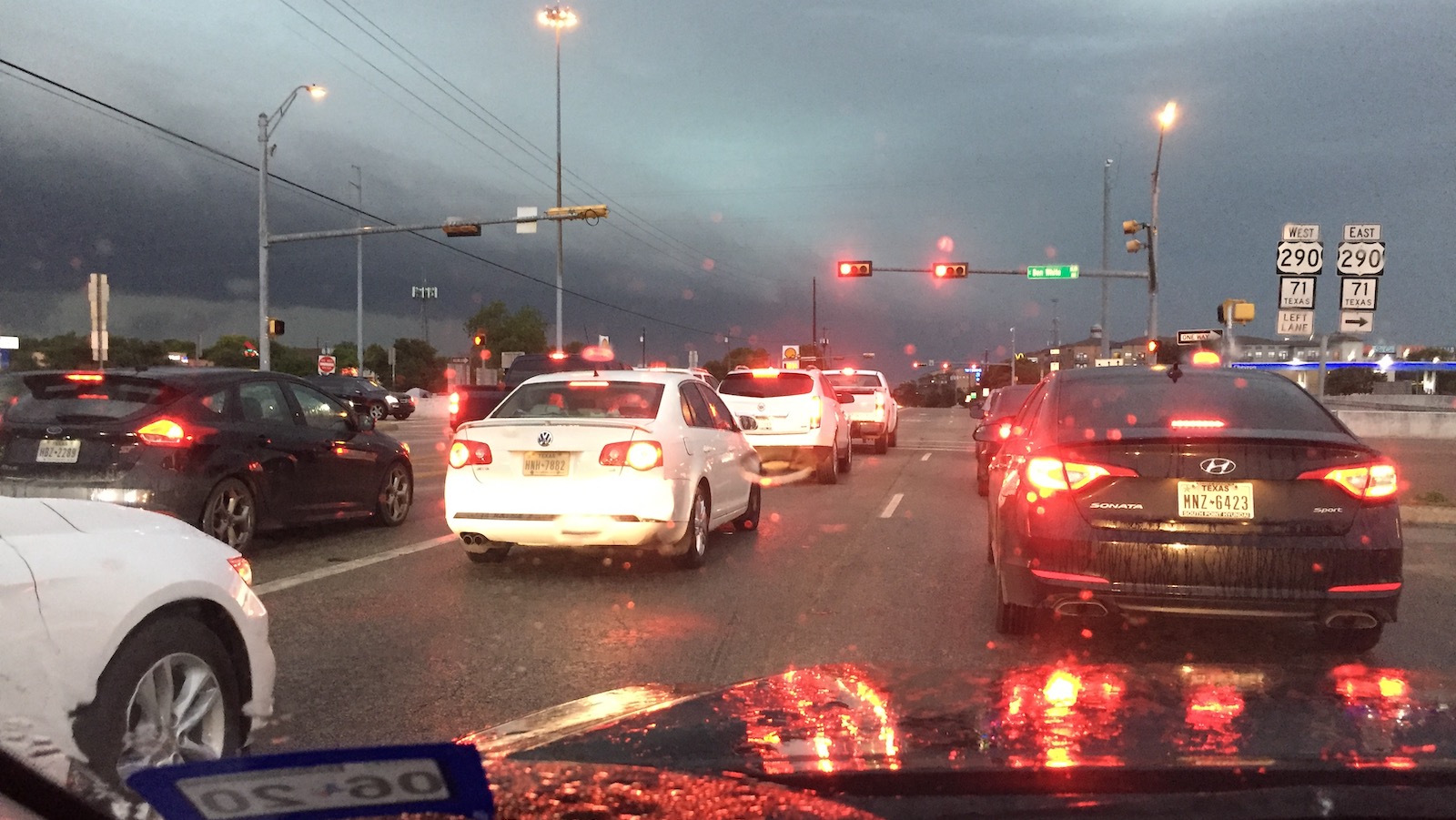 “To toll or not to toll, that is the question.”

Vehicular traffic began to re-appear during the week of Easter, and Spring Break before that. In fact, it started to look normal again, at least for a while. And that was scary. Because normal traffic is often just standing still. Which begs the question: Once this pandemic ends, what will traffic look like here?

Austin has only one through road, Interstate Highway 35. IH-35 is a ribbon of multi-laned concrete that runs from the streets of Laredo on the Texas/Mexico border to the Twin Cities in Minnesota. But not all of it is a smooth ride. IH-35 slows appreciably in several places, including when approaching Austin from either direction, before it grinds to a halt in downtown Austin.

Two toll roads (Tx130 and US183) currently allow you to circumvent all or at least a part of downtown Austin, unless you want to travel in a straight line. And it appears most folks want to travel in that straight line, or as close to it as possible. So for the most part, visitors and residents alike are stuck with – and on! – Interstate 35.

Where I-35 crosses the Colorado River in Austin, the traffic lanes moving north converge, and the amount of traffic increases appreciably as vehicles either access, or try and exit the highway at every downtown on-ramp and off-ramp, no matter which direction you’re going. To make things worse, it seems like everyone from long-haul truckers to daily commuters to out-of-town tourists and thru traffic wants to use that one stretch of I-35 at the same time. For whatever reason, few people apparently want to go around Austin. Everyone seems to want to go through Austin, despite the ever-present traffic delays.

So if we can’t somehow reduce the number of vehicles on the road at any given time, we’re right back to the same problem we had pre-pandemic. Too many cars on the same road at the same time, causing traffic to stand still.

Austin hopes at least part of the answer might lie in protected bicycle lanes. And they might be right. I, for one, hope they are. But it remains to be seen if these recently protected bicycle lanes will actually be used by commuters. Right now it appears they are mostly used by people riding stand-up scooters.

Plus, the summer heat is nearly upon us. We have temperatures in the next few April days rolling into the 90s. Getting people on bicycles to commute to and from work means sweaty commuters who arrive at their work destination in need of a shower, and an area to change clothing in most cases. And unlike some bicycle-friendly cities here and abroad, which benefit from flat terrain, our local terrain is hilly, even in the city.

The advent of e-bikes will certainly help make the commute by bicycle more attractive to some. But will it be enough to entice a significant number of people to peddle their way to and from work? We just don’t know.

At the moment, It does appear that electric bicycles attract tourists. But tourists aren’t commuters. Once downtown, Austin is a walkable city, so bicycles and scooters downtown are more novelty than necessity, at least at the moment. Or unless you make a living as a bicycle messenger.

Buses are another strategy deserving attention. Buses have been around for a long time. For the most part, they replaced street cars as a dominant force in commuting. Street cars needed tracks, as well as some source of external power. Buses do not.

The advantage of buses and bus routes is that they can easily be modified to accommodate demographic population shifts. But getting people on buses seems to be difficult – even in the best of times – here in Austin. And doubly difficult during a pandemic. Will bus ridership increase when people are no longer asked to social distance from one another? Again, we don’t know.

There are express bus routes here in Austin, but they essentially serve the tech community.

The basic problem is that it’s difficult to get people out of their cars and into or onto some other form of transportation. And for good reasons. Among those reasons is the fact that the modern automobile, pickup truck or SUV is just really comfortable. It’s a cocoon. A quiet space. A refuge from the larger world. And it practically drives itself in more and more cases.

The real problem is that most people in cars are in cars by themselves. And they like it that way. They don’t want to give up their car. They just want everyone else to give up their car, or better yet, to stay home. I get that. I love being in my car. But I don’t love traffic.

Which brings us to possible solutions for those insistent on plying the highways, day after day.

The City of Austin currently is trying to convince TxDOT to recommend toll lanes on the section of IH-35 between US 290 in the north, and Tx 71 in the south, through Central Austin.  A stretch of road frequently dubbed the “worst stretch of highway in Texas”.

But toll lanes are no longer something that TxDot is funding. TxDot wants managed lanes with no tolls. In other words, HOV lanes requiring at least two or more occupants in the same vehicle at the same time. As well as buses and (hopefully) motorcycles.

Sounds good to me.

We’ve known for years that if we could just get everyone to have a second commuter in the car with them, traffic could be cut in half. It’s not brain surgery, just simple math. And really, that’s the ultimate goal. Fewer cars. More people in each individual car. Faster commute times. How to accomplish that is the perennially unanswered brain teaser, since it seems most people are loathe to ride with strangers.

As an overall prescriptive to move traffic along, tolled lanes ignore the fact that the problem we have is a simple one. We have too many people operating single occupancy vehicles in traffic on a daily basis, regardless of whether those people are operating in the free lanes or the tolled lanes.

In the end, the more people you can move using the least number of vehicles the faster the traffic can flow. HOV lanes better accomplish this objective than tolled lanes.