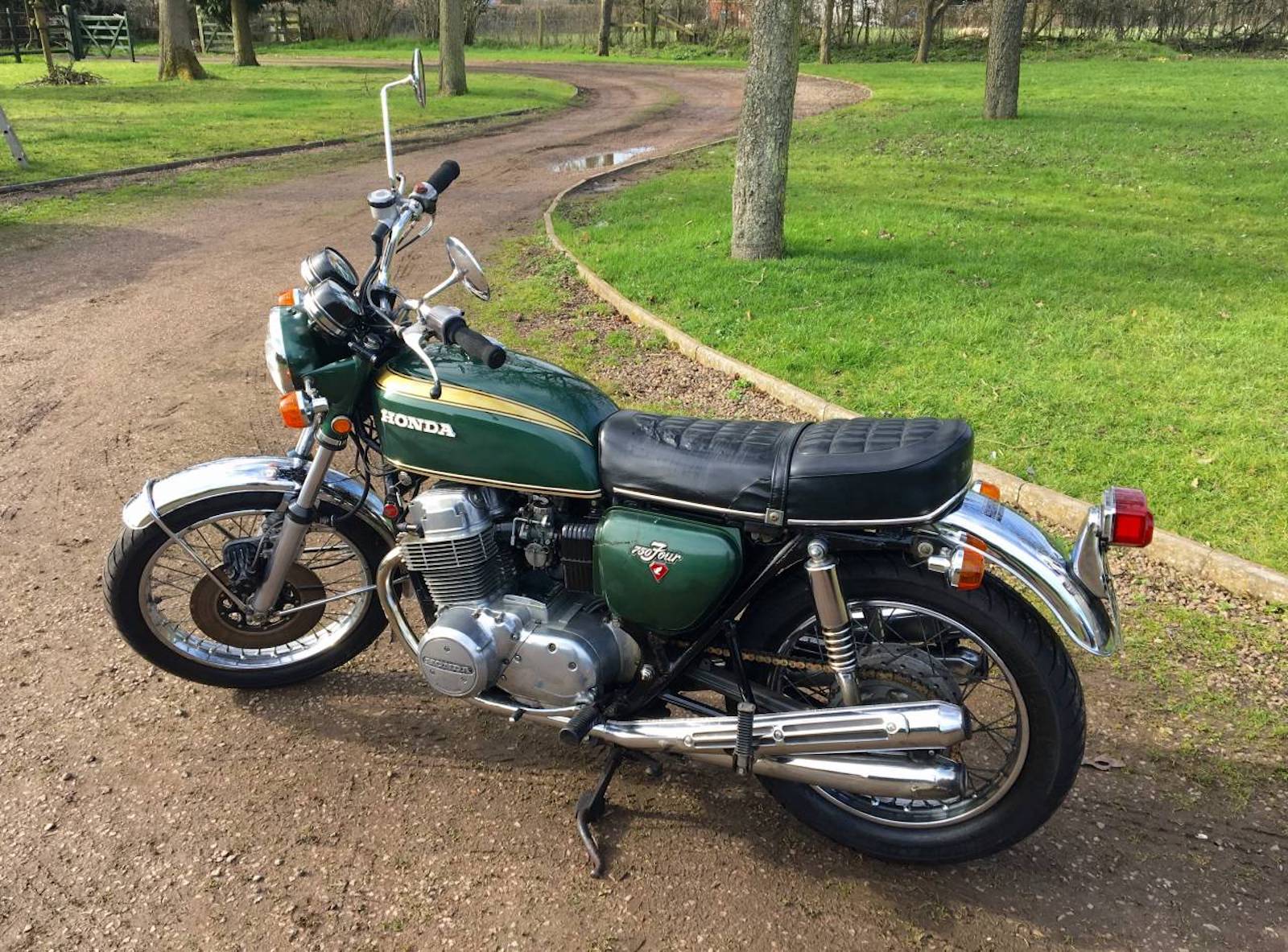 Found outside, not inside

The Oscars are over. And once again, I didn’t watch for very long. This time my excuse was simple; it was still daylight outside when they began to air, and wasting daylight is a sin. Or should be. The Oscars ran in a later calendar time frame this year – it’s now the end of April, and as the days are getting longer it’s harder to be inside.

The official start of summer is just under two months away. Here in Texas, of course, we’re already engaged in pre-summer, that time of year when the days stretch into the 90s and the nights can still cool off. In other words, it’s perfect.

So instead of watching stories of multiple stories unfolding on the silver screen, I decided to write one instead. The one, like many of those the other night, is also based on a true story…

Fifty years ago this spring I bought my first real road bike, a Honda CB 750  F4. Brand new.  I’d had a Yamaha 350 prior to that (to learn to ride), but I longed for a real road trip, and a real roadworthy bike. The 350, a kinda’ buzzy 2-stroke, just wasn’t what I had in mind. I wanted something designed for the Highway. And the recently released, Japanese-built Honda, with its 4 cylinders and clean lines, seemed to fit the bill. The problem was, there weren’t any available where I lived.

Then I found out through a friend of mine that a dealer in Fayetteville, North Carolina was selling them for $1295, including dealer prep, a road map to get you back home from wherever you came from, a free taxi ride from the airport, and a full tank of gas.  In the DC area – where I was at the time – there was only one in stock at any Honda dealership, and it sold for the asking price: $1795 plus dealer set-up, tax, tags and license. Plus, it was a color I didn’t really want.

So I called the dealership in Fayetteville, and after assurances by the owner that he really had the 750 in stock (“Any color you want, son – I got ‘em all”), I told him I’d be down the next day. He said, “just bring a cashier’s check for $1295, and it’s yours. I’ve got plenty of ‘em”.

I bought a ticket on Allegheny Airlines to Fayetteville the very next day.

Allegheny serviced the smaller towns of the south, and Fayetteville was the third stop on my flight. Had I not known that I would have continued on to who-knows-where. The flight attendant’s pronunciation of Fayetteville benefited from her deep Southern roots. It rolled off her tongue gently, as if she said it in passing and not as a destination. Obviously, it sounded familiar to most of the passengers, who immediately climbed out of their seats when the plane rolled to a stop there. They grabbed their gear and headed for the door. So I joined them, confirming with the flight attendant at the door that we were, in fact, where I wanted to be.

Gripping my helmet in one hand and my small duffel bag in the other, I exited the airport terminal and climbed into the next available taxi. A short ride later I paid the driver, got a receipt and walked into a nondescript commercial building where I saw before me, on the second floor, the largest collection of Honda 750s I would ever see in one place. Every color. Crated and uncreated. With mechanics assembling them all.

NEED SOME JUICE? U.S. News & World Report Has Its List
THE LOST COLUMNIST – On the road – Part II
Event Calendar