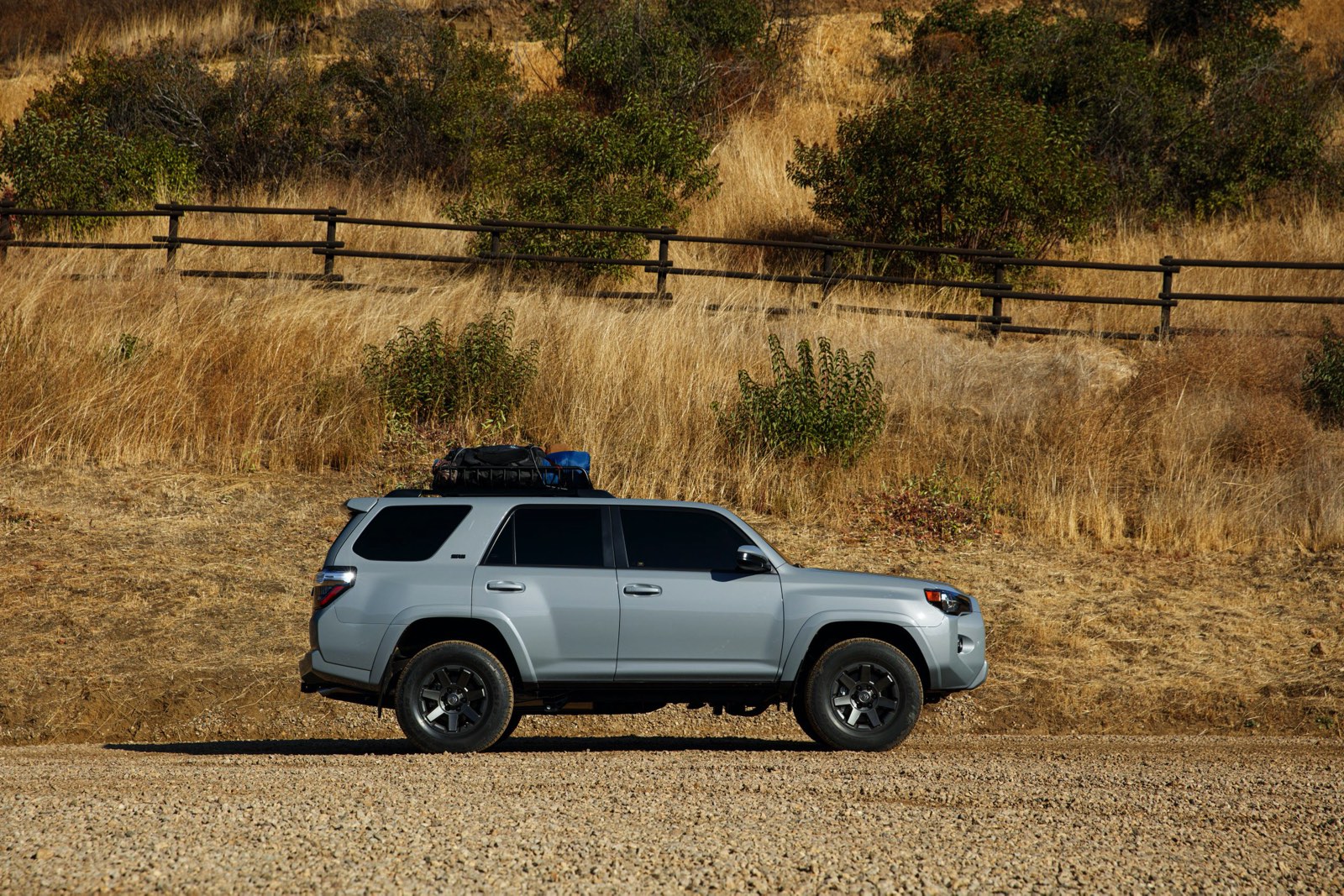 ROCK AROUND THE CLOCK

You’ve heard and seen the off-road buzz building, and it’s not on Toyota showrooms. If the chip manufacturers will cooperate, Ford is set to launch an all-new Bronco before year’s end, as the folks at Jeep counter with both a 392-equipped Wrangler and 700 horsepower of Ram pickup. While all this is happening on Ford, Jeep and Ram showrooms, Toyota soldiers on with a 4Runner whose last substantive redesign was in Obama’s first term. However, if looking to hold onto an SUV for a decade, there’s a lot to be said for buying one that’s been built (and proven) for over a decade. And if Toyota elects to enhance it with a ‘special edition’ dubbed Trail, we’ll take a look.

The 4Runner began in the ’84 model year, with what was basically a 2-door pickup with an integrated fiberglass topper. And while relatively few were sold at the time, almost forty years later they are Moab gold among enthusiasts and collectors. There’s just something so ‘right’ about a Toyota platform engineered for off-road duty, far away from CNN, MSNBC and Fox.

As with most things developed over four decades, the tidy, compact dimensions of that first 4Runner have morphed into what Toyota describes as a midsize SUV today. That original wheelbase of 103 inches is now almost 110 inches, the overall length has grown from 175 inches to 190 inches, and width is up from 66.5 inches to 75.8 inches. Finally, and this is the spec most telling, the 4Runner’s curb weight has grown from about 3,700 pounds to 4,700 pounds. Thankfully, the curb weight still allows for some 1600 pounds of passengers, fuel and cargo.

In its build, Toyota continues to utilize a body-on-frame architecture when most SUV and crossovers employ unibody designs; with the unibody, sheets of metal are stamped into shape and then welded into a singular unit. And while those designs work fine for what industry execs and enthusiasts dub soft-roaders, the unibody won’t work as well when encountering the big rock, small boulder or fallen tree. And if you’re contemplating 25,000 miles per year of driving over the next decade, the 4Runner’s body-on-frame platform will be there for you.

Also, there is the Trail edition’s roof-mounted rack and cargo area cooler, as well as a skidplate. To be sure, you could easily buy these adds yourself, but in this spec you won’t need to. Do, however, watch the overhead clearance if your garage space is under your apartment building.

Inside – as a neighbor with a 2012 4Runner noted – not much has changed. You still use a key for ignition, the 5-speed automatic has a conventional stick, and while there is an infotainment screen with a built-in rear camera, you won’t confuse what’s in front of you with what Elon Musk grabs for the Tesla executive garage.

Given its midsize proportions, the 4Runner will seat five grown-ups and take 46 cubic feet of cargo behind the second row seat; in short, this is not just the ‘thing’ for the trail, it’s also just the thing for Home Depot. We only wish the seats – which are comfortable and supportive – were covered in something other than cloth, the sort of cloth that grabs every bit of dirt or lint and, in that it’s black cloth, seems to magnify it.

Forget, however, the ignition key or smallish infotainment screen. Where the 4Runner is really showing its ‘maturity’ is in its 4.0 liter V6 producing just 270 horsepower and 278 lb-ft of torque. The last gen 4Runner offered an optional V8, and today’s Lexus sibling – the also-ancient GX 460 – continues to offer a 4.6 liter V8. This platform’s 4,700 pounds begs for a V8 or turbocharged six putting its power down through something other than a 5-speed automatic, and we’ll assume in the 4Runner’s eventual redesign it will – at the very least – get more horses, if not more cylinders.

Perhaps the best argument to be made for the 2021 4Runner is value. Our Trail edition boasted a base of just over $40K and an as-tested price of under $45K. While I loathe the long-term financing dealers are increasingly pitching, if there’s one vehicle deserving of 84 payments it’s this one. Pay it off in seven years, and drive it for another seven in complete confidence. And with this semi-gnarly spec, you can – literally and figuratively – rock around the clock.