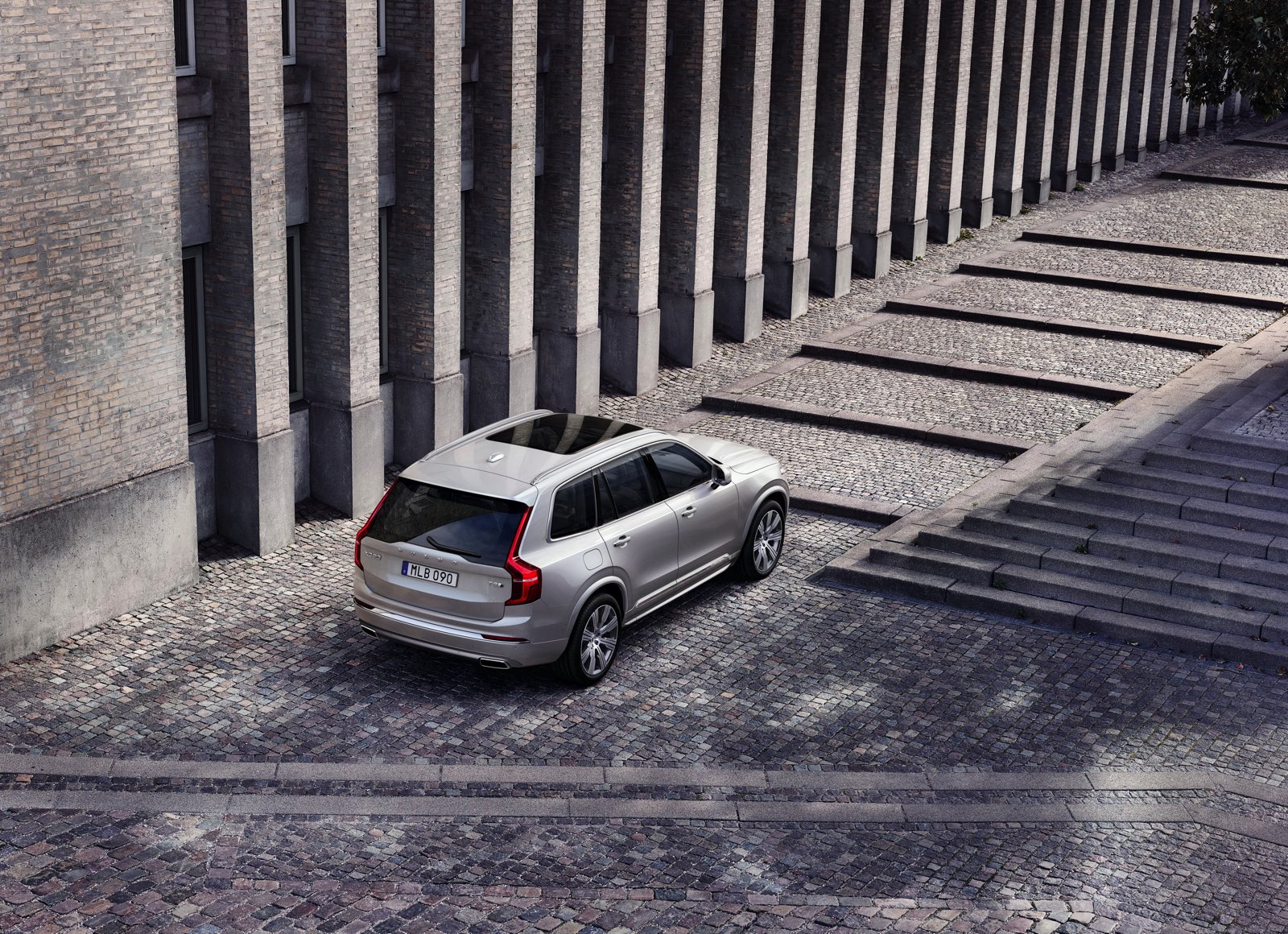 Volvos make sense. From its earliest days, the brand was seen by both the company and its customers as a practical tool for everyday duty. And once the model lineup included the 122 and, later, the 144, Volvo offerings represented the logical ‘next step’ from VW’s Beetle and other entry-level European imports. Anecdotally, knowing Walter Cronkite raced one and Colin Powell simply liked them underscores their honest, straightforward vibe. Some sixty years after Cronkite was doing hot laps, Volvo offers the XC90 Recharge. And as a big fan of American’s space program, we think Uncle Walter would approve – and Powell would buy two.

In its relatively brief production history, the XC90 has been transformative. Introduced on the heels of Volvo’s S60 and S80 sedans, which offered Volvo prospects both a new design identity and new levels of performance, the XC90 was a right-sized, upright crossover offering three tidy rows in combination with adequate space and commensurate pace. There was nothing revolutionary in it, but all of the disparate pieces that make up the modern automobile were carefully orchestrated and brilliantly executed. In describing the second-gen XC90 and its electrified offshoot, you can use the same descriptives.

In the walk-up, the newest XC90 looks more substantial than its specs – 195 inches in overall length planted on 117.5 inches of wheelbase – suggest. Perhaps it’s the more organic sheetmetal of this new one, or what seems to be more ornamentation on that sheetmetal, but the impression is that Volvo’s largest crossover is bigger than ever, despite numerical specs that have hardly grown at all. Regardless of initial impressions, if you’re cross-shopping other 3-row crossovers, whether from Europe, Asia or these Americas, the XC90 should satisfy your bigger-is-better impulses.

Inside, the hits just keep on coming, with our T8 Inscription offering your choice of Nappa Leather or a Tailored Wool seating surface. In combination with generous room in the first and second rows, along with adequate room in the third, a family of four or five should be completely comfortable – and not incidentally, completely secure – on a road trip. Also of note is the load length: With the second and third row seats folded, you have 80 inches of floor; that proved adequate for carrying 8-feet of rolled rug, which encroached ever so slightly onto the front console. For bigger loads we’d always recommend U-Haul, but not having to tie those rugs to the roof was a win, especially with the threat of a summer storm.

Under the hood of the XC90 Recharge T8 Inscription is the proverbial one-two punch. A 2.0 liter four is both supercharged and turbocharged, which gives it a ‘super’ boost, along with no discernible turbo lag. And its output is impressive, delivering 313 horsepower at 6000 rpm, along with 295 lb-ft of torque. To those numbers Volvo adds an electric motor supplying an additional 87 horsepower, giving you a nice, round 400 horsepower delivered to all four wheels via an 8-speed automatic.

As impressive as those numbers is the feel behind the wheel. With steering that’s properly weighted and suspension completely composed, you motor down the road with an authority typically found only in German platforms, and of late – on certain models – the Germans disappoint. Matched with the efficiency of the XC90’s plug-in hybrid powertrain (the EPA gives it a 55 MPGe estimate, along with a 27 gasoline-only estimate) and you have a refreshingly responsible means of getting where you want to go.

If there’s a hitch, it’s in the price of admission. The XC90 Recharge begins at $70K, and can quickly escalate to our test vehicle’s $81,000 MSRP. That’s softened by the Fed’s $7500 tax credit, and anything else states might be doing for plug-in hybrids and all-electric vehicles. But even with $10K taken from the top, you’re still left with big monthlies if you elect to buy it.

The beauty of the XC90 is its ‘one car’ versatility. It’s small enough to run the in-town errands (on all-electric power), but big enough to take the week-long road trip. If you need more SUV, rent it. And before you buy less SUV, take a longish demo in Volvo’s XC90 Recharge.