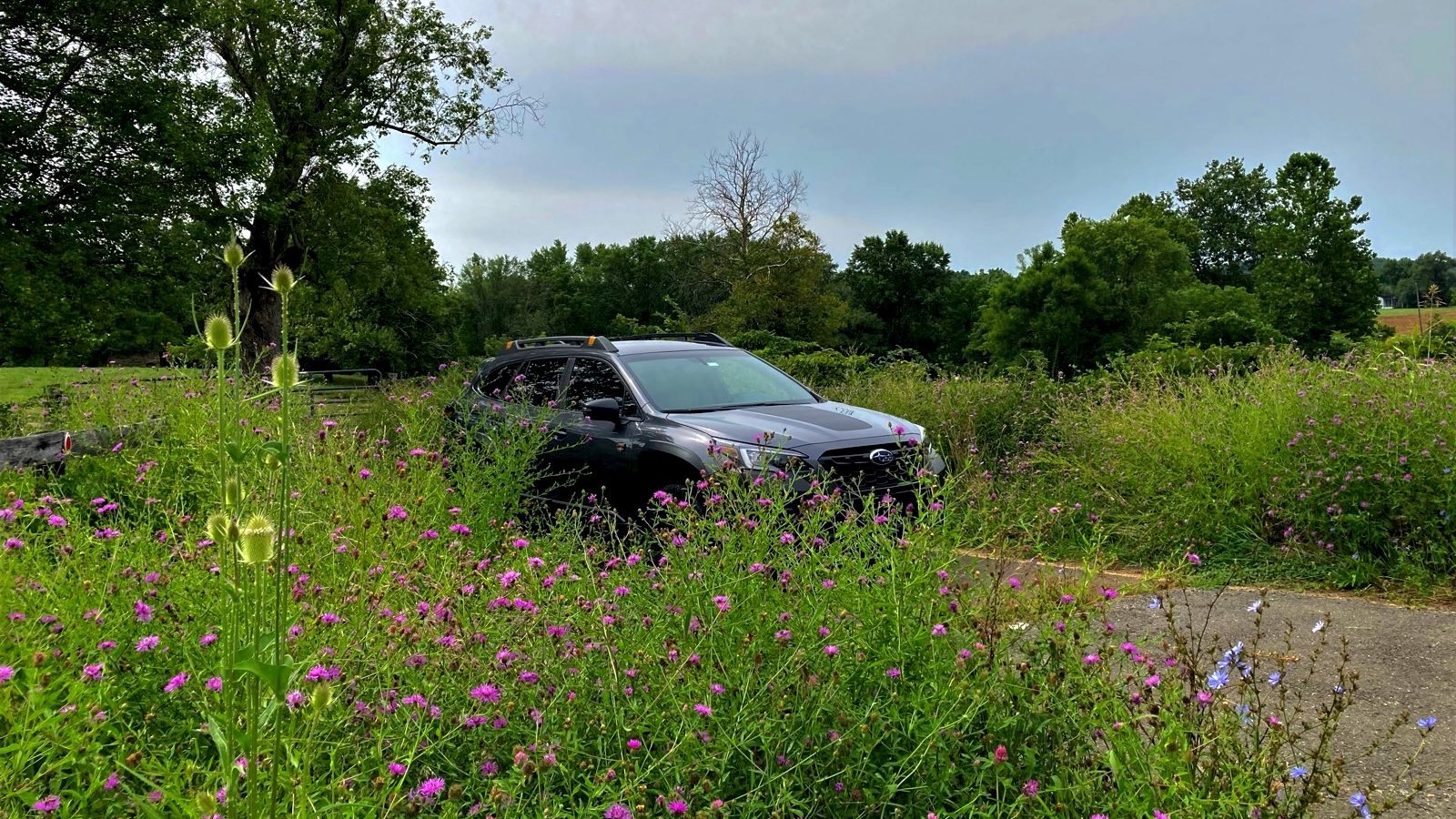 Between a rock and a soft place

Is there a better business model than Subaru’s Outback? In the mid-‘90s, just a few years after Ford started expanding (exponentially) the SUV category with its Explorer, Subaru’s product team took its well-respected Legacy wagon, added some plastic bits we now call cladding, and raised the ride height to better tackle pavement irregularities at the local strip mall. The ‘Legacy’ nametag didn’t sound that adventurous, and since Japan had taken more than a casual look at Australia just 50 years earlier, dubbed the new creation ‘Outback’. Subaru – and its cultish following – have never looked back.

That, of course, was then – and this is now, with a highly fragmented marketplace. Virtually every carmaker has a crossover, and more models offer what purports to be true off-road capability. Subaru has recently answered the rollcall with a menu of modifications attached to its Outback wagon; collectively those mods create the new Outback Wilderness. Relative to the original Legacy wagon, think Simone Biles doing the balance beam while wearing Timberland boots.

The idea of making the Outback more off-road-worthy isn’t a new one, as it’s been done by individual owners on any number of Outbacks, Foresters and Crosstreks. Not long after buying a Crosstrek in the fall of ’14 I came across an identical model at a Dallas-area Home Depot, with lifted suspension, smaller wheels and almost Rambo-esque rubber. Behind the wheel of a Fiat 500X press loaner I felt seriously unworthy, so I approached the Crosstrek owner with caution. Obviously, he didn’t modify the Crosstrek with the idea of boulder hopping, but he was able to take advantage of the numerous unimproved pathways offered by Texas and its lower-the-taxes legislature. And I was smitten (remember, I’m in a Fiat) by the prospect of doing similar mods to my own Subaru.

Regrettably, I no longer have the Crosstrek, but Subaru’s Crosstrek Sport is a similar recipe, although not taken to the more extreme ends of the Outback Wilderness. Here Subaru gives you an upgraded suspension, Yokohama GEOLANDER all-terrain tires, a dual-function X-Mode (allowing you to dial in virtually any type of off-road condition, including deep snow!), a fixed ladder-type roof rack ‘system’, a front skid plate and a sprinkling of exterior and interior mods.

Given that I’ve grown to like the Outback’s basic proportions and standard skin, my personal preference would have been to leave those ‘mods’ (the cladding on the fenders looks to have been concocted in the Batcave) in the idea basket rather than add them during final assembly. But I won’t argue with the functional improvements. Ground clearance is now a whopping 9.5 inches, while approach and departure angles are 20 degrees and 23.6 degrees, respectively. Obviously, if this were an off-road specific platform those numbers would be even better, but when starting with a flat four sitting ahead of the front axle and finishing with enough cargo space to accommodate the needs of a family, you aren’t competing with a Wrangler, you’re gunning for the Jeep Cherokee.

Despite its raised ride height, the Outback Wilderness handles a paved roadway with something approaching aplomb. The Outback’s 2.4 liter turbocharged four (boasting 260 hp and 277 lb-ft of torque) is everything my Crosstrek’s normally aspirated 2.0 liter four wasn’t: smooth, refined and responsive. But like the Crosstrek, there is an almost European feel in the Outback’s ride/handling balance, even with its off-road-specific modifications; this is one planted platform, even on a stretch of moderately twisty roadway. And when entering a favorite stretch of Interstate, where safe merging generally requires a burst to 80+, the Outback Wilderness was almost brilliant, if not actually ‘wild’.

Inside, Subaru gives you enough new tech to reinforce the idea of 60 payments, but not so much as to frustrate the older folks paying cash. The instruments are clear and big, suggesting you can downsize the readers. And the stereo can be turned on or off – and stations can be changed – in a one-step process, and not (notably) one that resembles an AA 12-step program.

With new car prices approaching the stratospheric, especially when shopping for a pickup, SUV or crossover, the Outback Wilderness tag of just under $40K seems like this year’s deal of the decade. And with Subaru resale among the best in any category, you stand a decent chance of getting back a big chunk of what you initially invest. That’s math that will work on the road…or off. 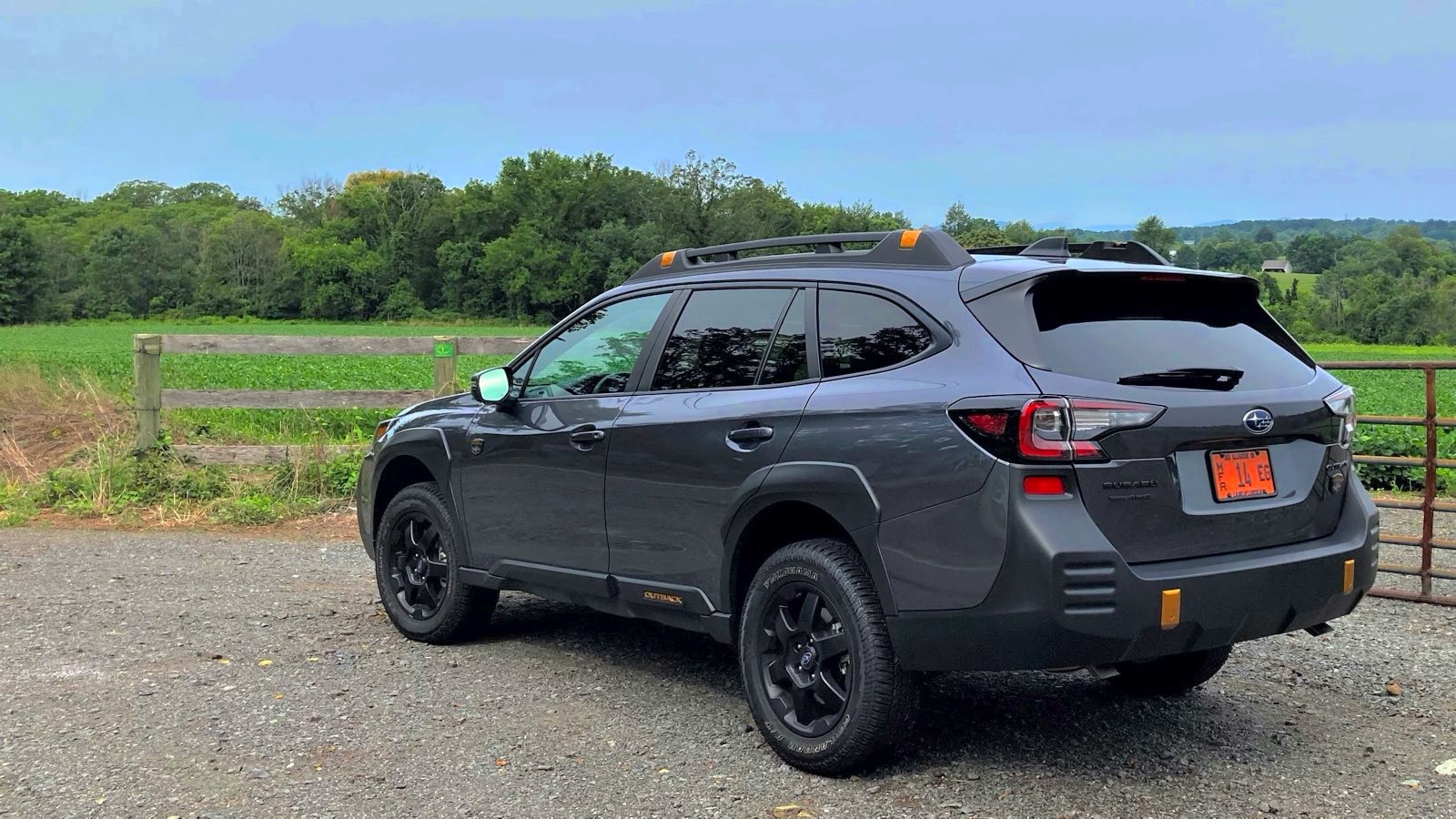 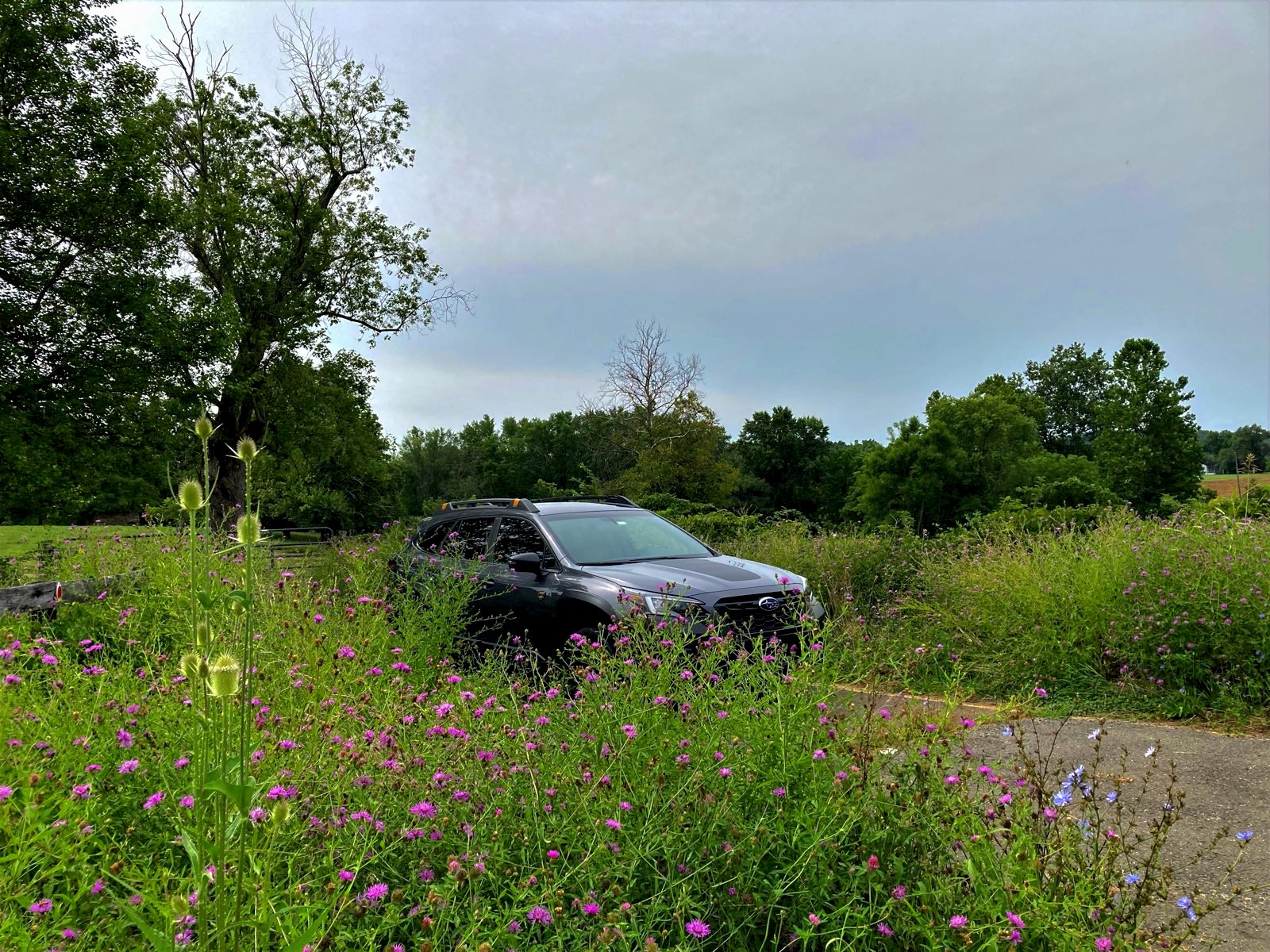 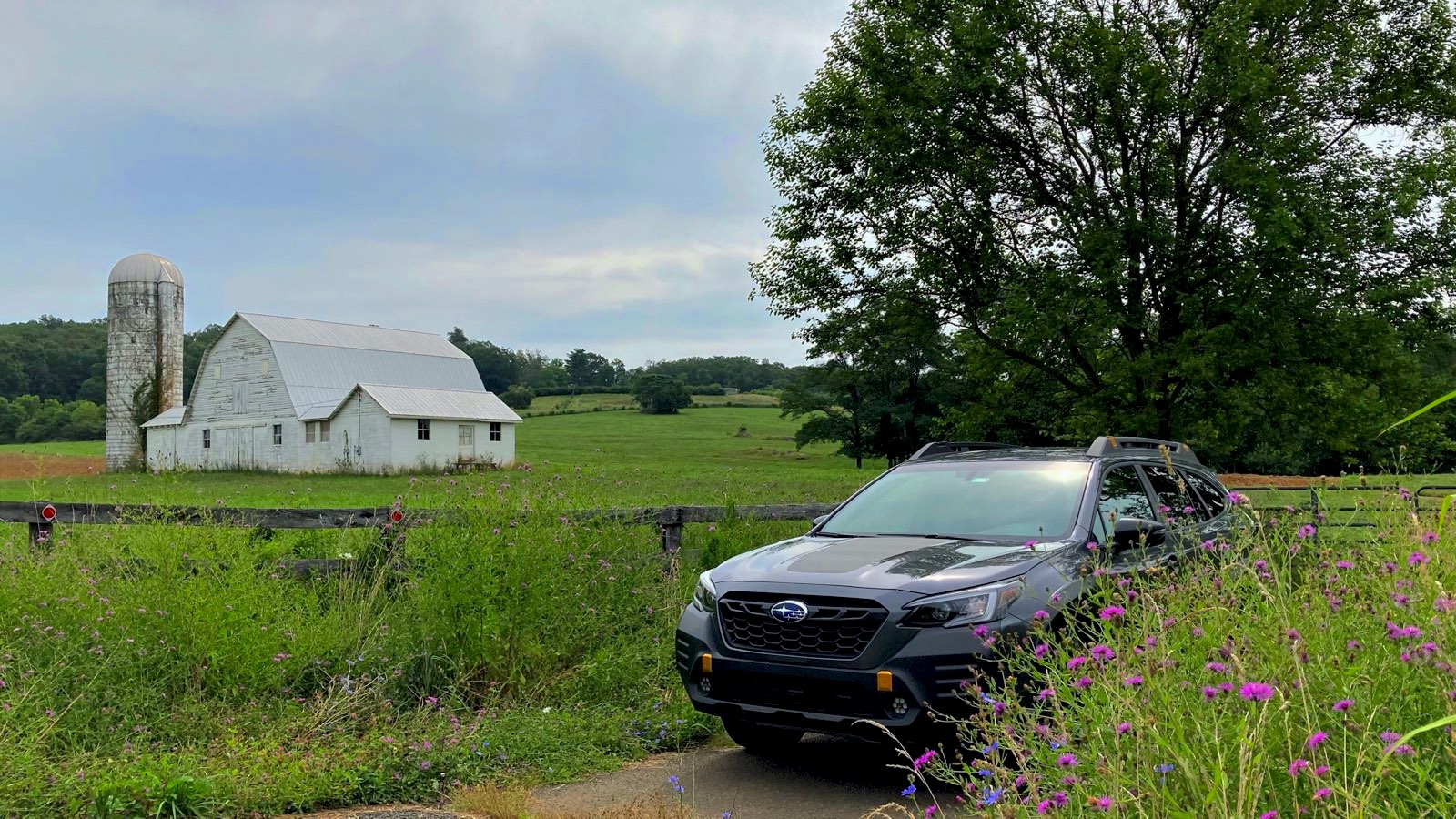 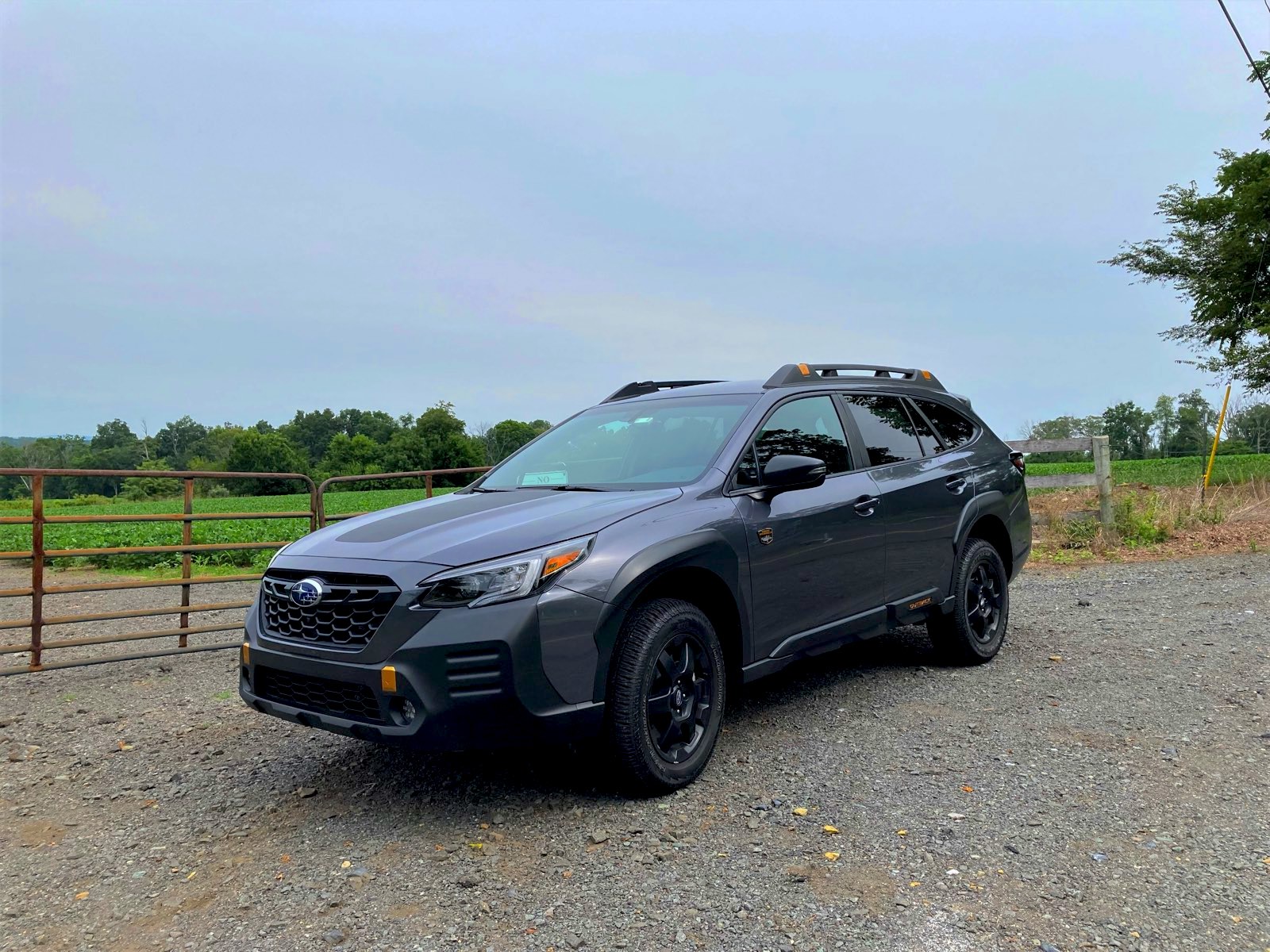 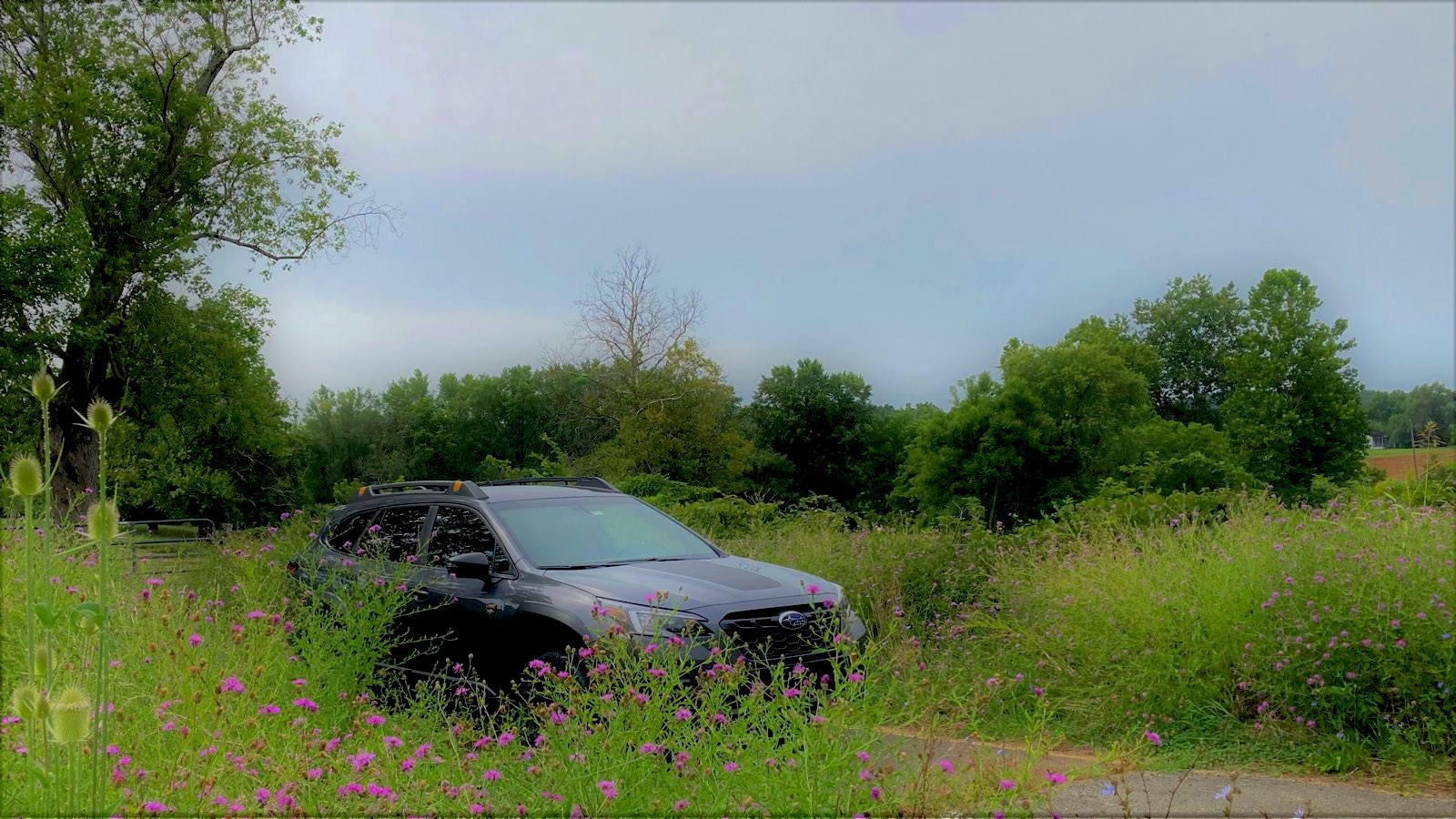 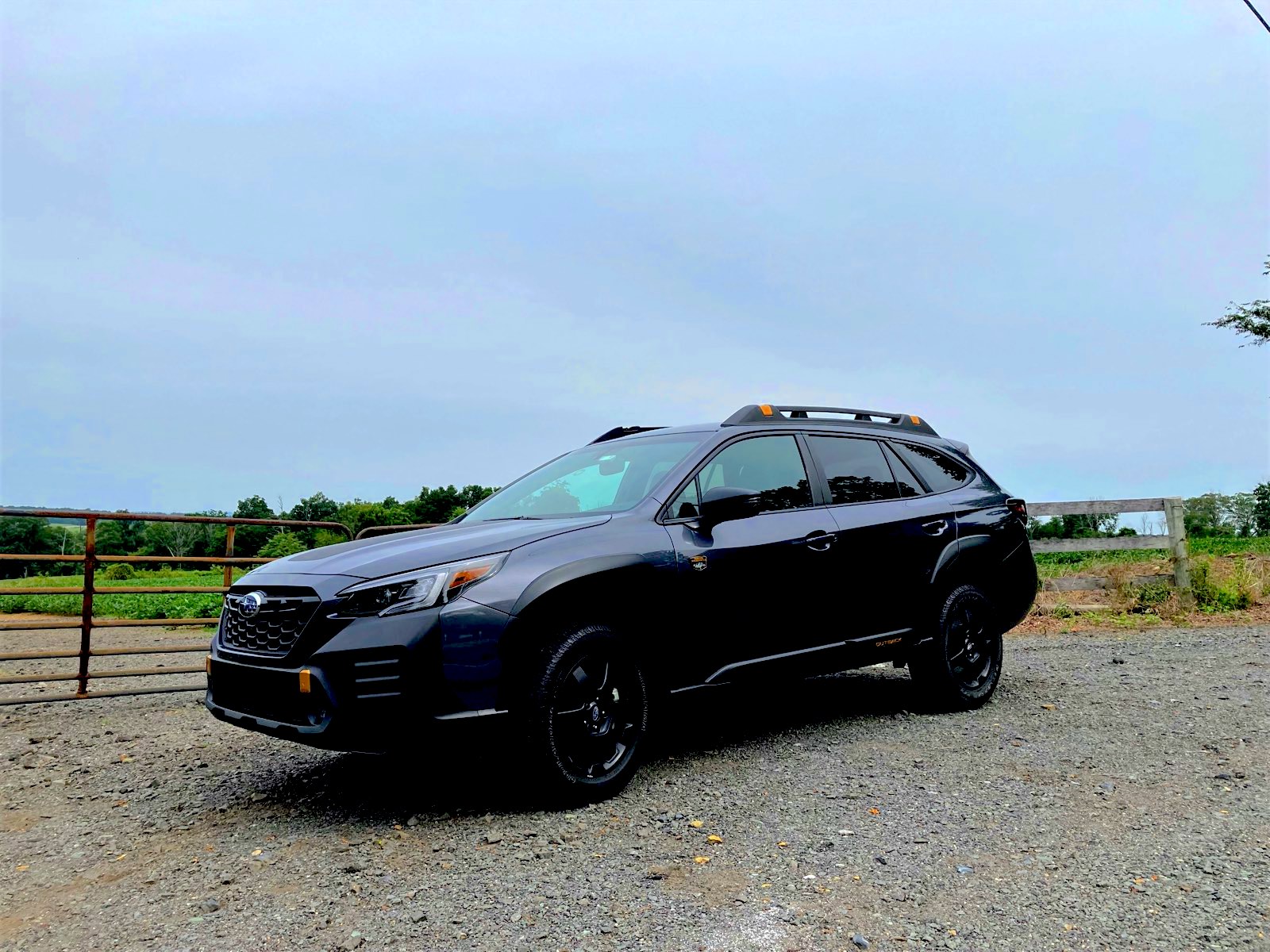 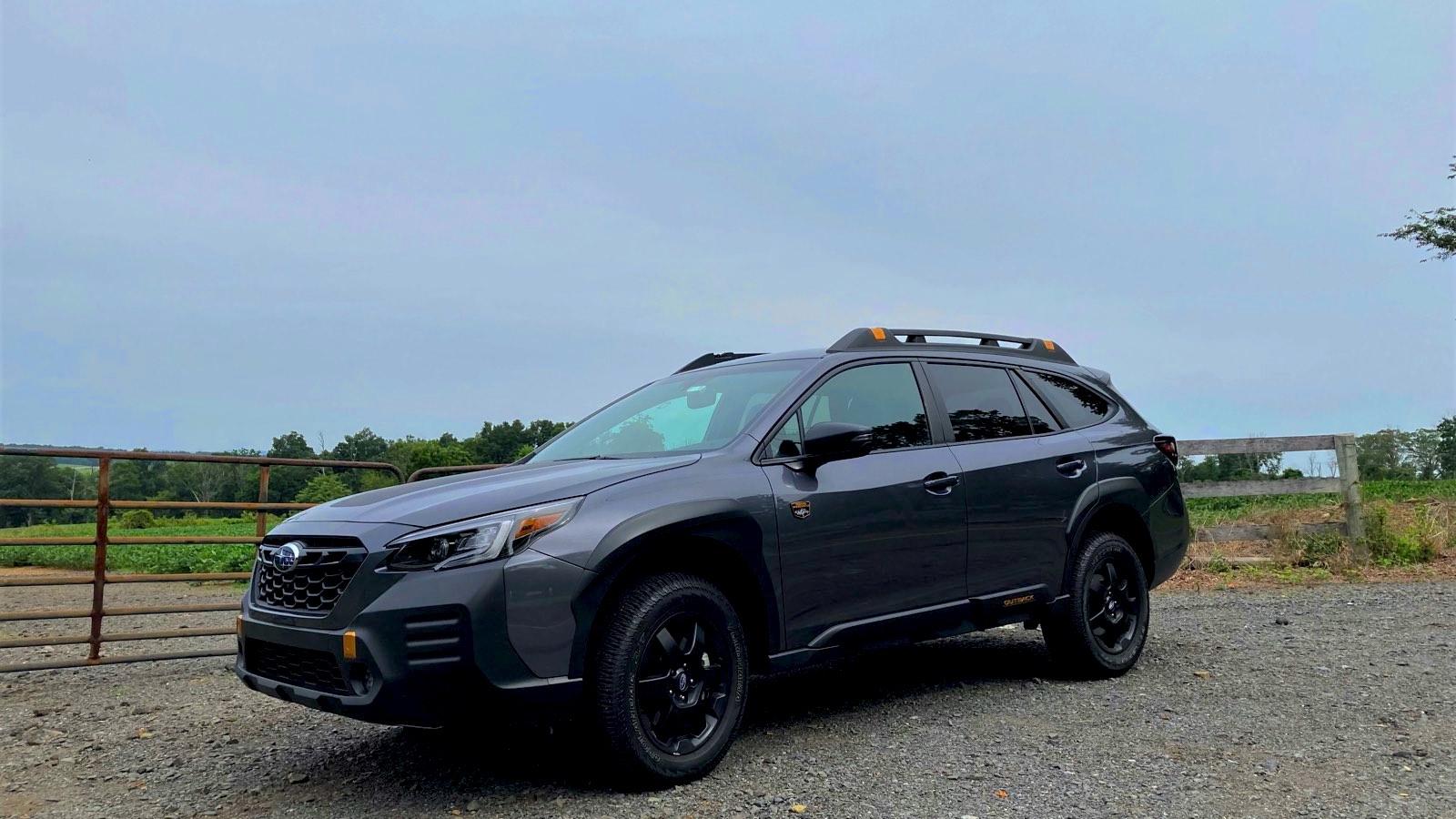 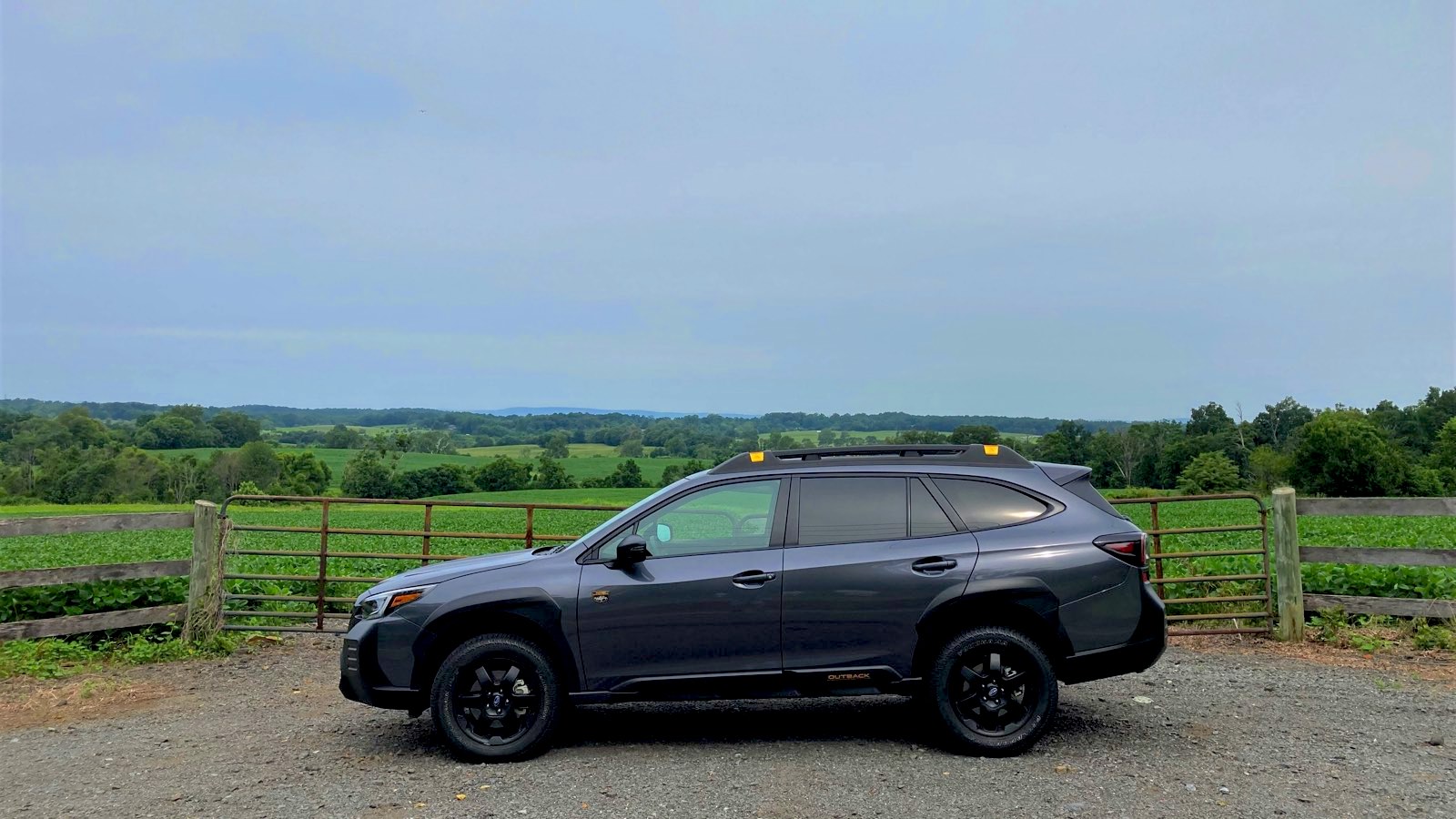 Toyota’s Tacoma SR5 4X4: In a crowded field, apart from the crowd
Mazda’s MX-5 Miata – BUILD YOUR OWN
Event Calendar