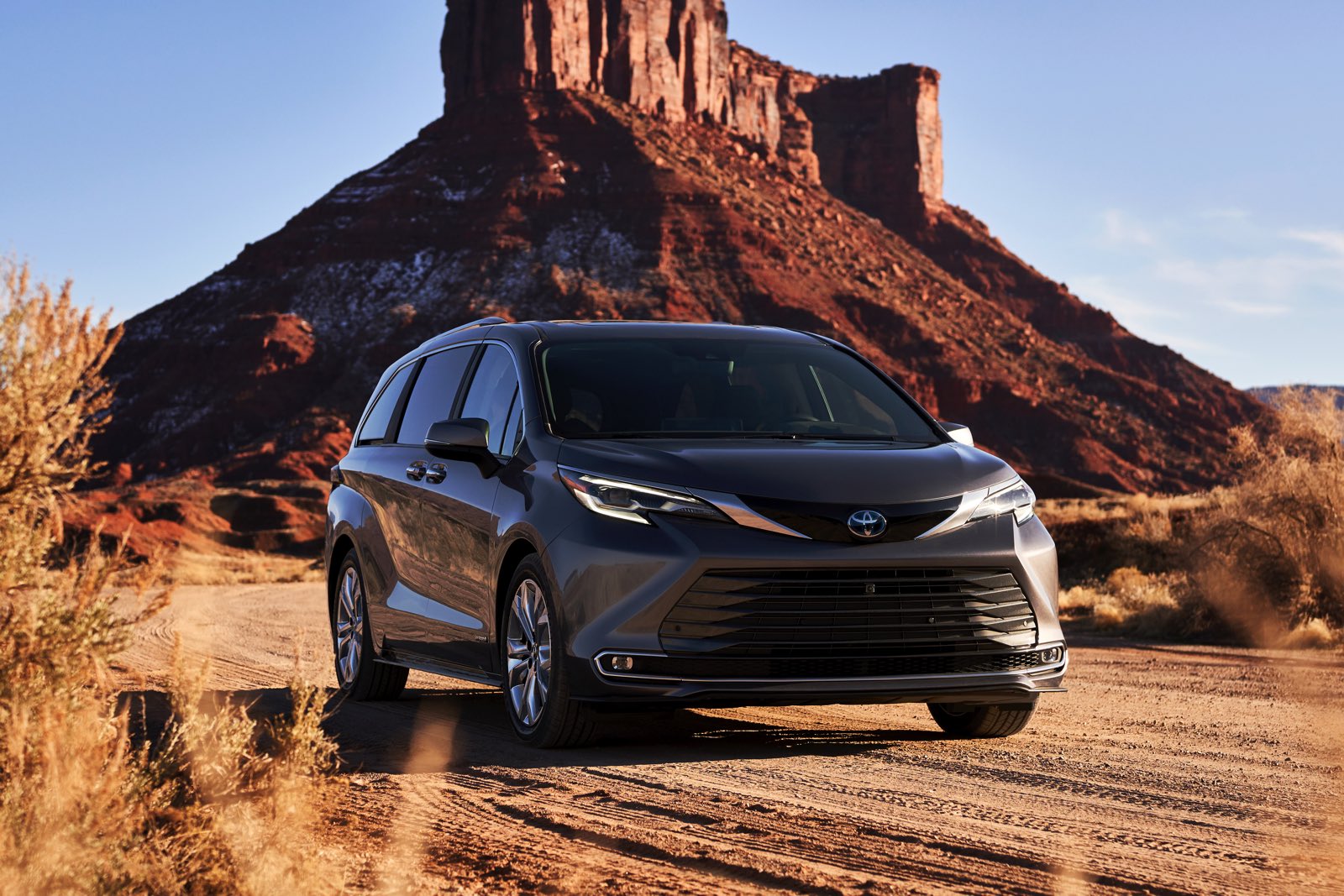 HOW DEEP IS YOUR LOVE?

I’m in the carpool lane, and I can’t see the school; there are simply too many minivans blocking my view. And yeah, there are the soccer moms, but in the ongoing pandemic there are also the dads and – like myself – the granddads.  While this will never match the Golden Age of minivans, when Chrysler’s Lee Iacocca was pitching them and every domestic OEM was building them, the minivan is enjoying a resurgence of interest, and there are few better indicators of same than the school dropoff. On the cusp of that return to school, Toyota drops off its new(ish) Sienna – from their family – as it were – to yours.

Although Toyota hasn’t been in the minivan game for as long as Chrysler, they’ve been in it for a while, beginning – in the U.S. – with the Previa, and not long after with the more conventional Sienna. The Previa, with its one-box (albeit an aerodynamic box) design and mid-mounted engine was, at the time, to different to be widely accepted. But the Sienna, introduced for the 1998 model year, was mainstream, duplicating the Dodge Caravan formula to the degree allowed by Toyota’s product team working with a modified Camry platform. The design worked, as did the footprint. And if only someone was offering that footprint today.

Today, Siennas have grown-up with the industry template, stretching to an overall length of 203 inches, some ten inches more than that first Sienna, and sitting on a wheelbase fully six inches longer and (let’s not forget) widened by five inches. While those differences may read ‘small’, the reality is anything but. That ’98 would fit in tight parking spaces, while the ’21 will probably have to go around the block – or park outside the mall and Uber in. But you can’t take away the take-everything-and-anything functionality of the newest, biggest Sienna.

Nor can you dismiss the curb appeal of Toyota’s newest Sienna. With its aggressive front fascia and widened – almost child-bearing! – rear fenders, there’s an expressiveness here that would seem to strike the appropriate balance, smack dab between boring and belligerent. While a white exterior doesn’t do the shape any favors, the test vehicle’s silver metallic received a wholly subjective thumbs-up from your reviewer. And although not the stylistic success – again, IMO – of Chrysler’s Pacifica, neither did Toyota execute the stylistic excesses of Honda’s Odyssey.

In both its exterior and interior, the Pacifica takes on an almost fuselage-like proportion. In contrast, Toyota’s Sienna projects the exterior feel of an ambitious, two-box design, and the interior vibe of a studio apartment; this is one expansive passenger/cargo area, a confine which doesn’t feel confined. One look inside and you can see the inspiration for child-bearing fenders – this can hold your kids and the neighbor’s kids.

That expansive impression inside is aided by the almost spare design philosophy. Visually there’s no excess, and the center console floats in much the same way as Volvo’s center consoles seem to float. The functionality is solidified by the Sienna’s conventional shift lever, and amplified by the four cupholders shared by the driver and front seat passenger, as well as a storage shelf beneath the console’s upper shelf. The only nit is the wood-like veneer that console is constructed from; Ikea wouldn’t spec this on a $10 shelf.

Far better is the perforated leather seating. In our Platinum trim the front seats were comfortable, the 2nd-row buckets adjustable and foldable (and clan slide 25 inches!), and the third row relatively easy to access – and fully stowable. It’s an interior that, when properly configured, can easily swallow your road bike (check) or armchair and/or dresser (check).

Motivating the package is Toyota’s hybrid drivetrain, with 2.5 liters of ‘Dynamic Force’ (really) 4-cylinder connected to an electric motor. Delivering a combined 243 horsepower with an EPA estimate of 33 mpg (with all-wheel drive), the Sienna hybrid borders on the genuinely responsive, especially when you consider its bulk and 4,700-pound curb weight.

And here we’ll note that the Sienna hybrid is a pure hybrid, and not a plug-in hybrid. The good news: The mechanism keeps the hybrid battery charged without having to resort to the installation of a home charger, or finding a public charger out on the road. The bad news: Without the plug-in provision there’s no $7500 federal tax credit for Sienna purchasers. With that, the Platinum’s as-tested window sticker of almost $54,000 is all on you, while the plug-in Pacifica’s window is partially underwritten by the loving arms of our Uncle Sam.

And just a moment, please, in reconsidering the footprint. For those needing it, the Sienna and its increasingly large competition do everything asked of them. But for those of us asking less, could someone not offer us less? Throughout Europe and Asia the minivan remains available in a ‘mini’ guise, while in the USA one size apparently fits all. With the crossover segment offered in everything from subcompact to 3-row, why can’t consumers have a comparable choice in the minivan category?

Just how deep is your love?