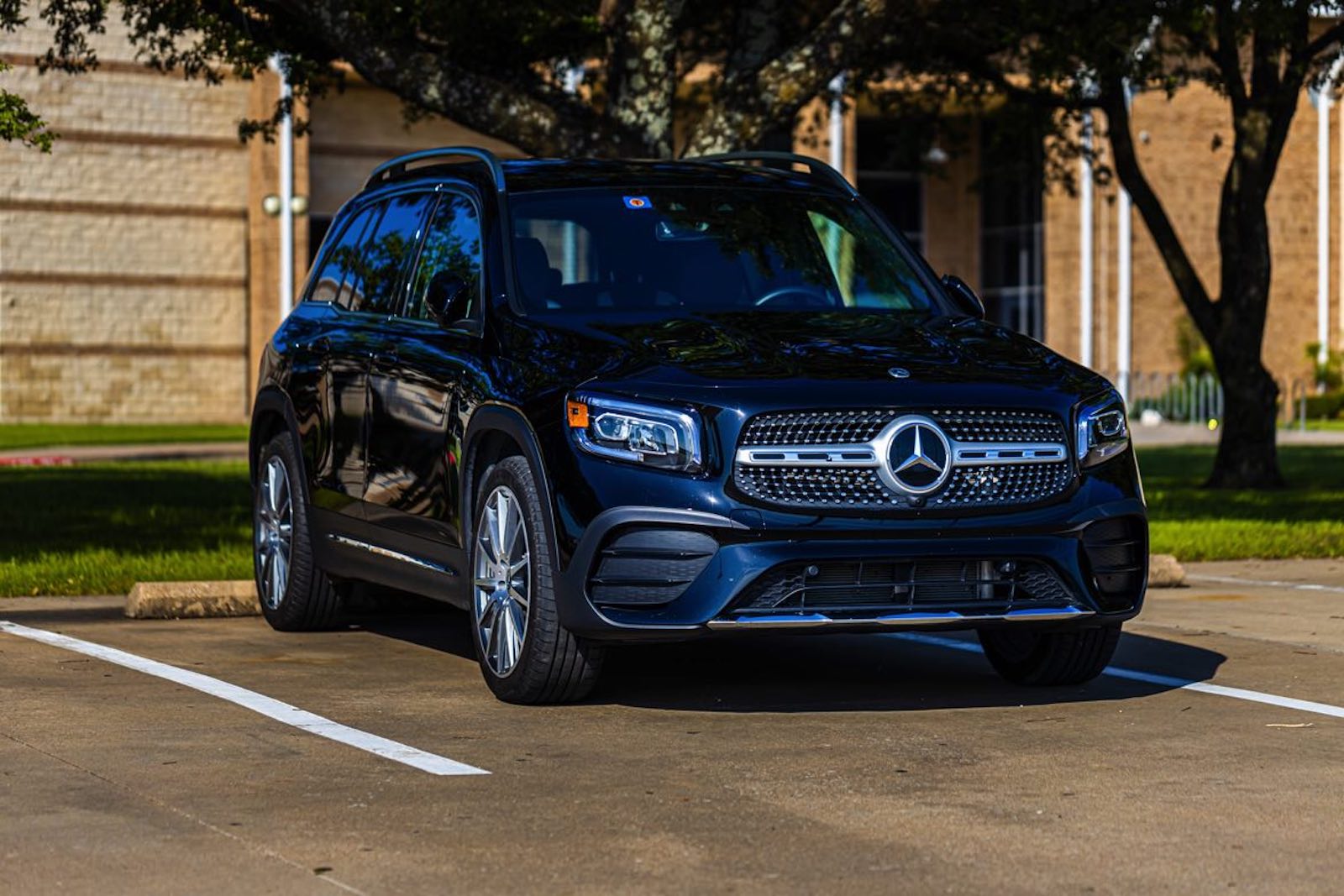 We Take You Back to ‘B’ School

What, another all-new compact crossover in dealer showrooms? It seems the car-buying public’s voracious appetite for vehicles with a higher driving position continues.  Last week, an automotive media colleague of mine bemoaned the disappearance of sedans in dealerships. Yeah, well, the people want crossovers and SUVs, so automakers are continuing to introduce new models, with no (apparent) end in sight.

The latest crossover from Mercedes-Benz is its all-new compact GLB, which neatly slots itself – both alphabetically and strategically – between the entry-level GLA and the mid-size GLC.  The GLB sports a somewhat off-road exterior design, but it’s clearly meant to haul the kids to school and groceries from Costco.  Somewhat surprisingly – within the compact universe – this new compact crossover has a third row, a feature that many crossover buyers want these days. However, that third row is awfully tight, so don’t expect it to be comfortable for anyone over ten years of age.

A few weeks ago, I test drove a Patagonia Red Metallic 2021 Mercedes-Benz GLB250 4Matic that came with a $46,170 MSRP window sticker.  It was powered by a 221 hp, 2.0-liter four-cylinder linked to an eight-speed twin-clutch automatic transmission.  Fuel economy estimates for the 4-Matic AWD are 23 mpg City and 30 mpg Highway.  Zero to 60 is just under seven seconds, making it respectable but hardly a speed demon.  If you need something faster, you’ll have to move up to the AMG version of the GLB.

The interior is roomy and very modern.  The instrument panel consists of a single piece that stretches from in front of the driver to the middle of the dashboard.  However, it’s cleverly designed to give the illusion of two panels, one for the driver’s cockpit and one for the infotainment controls.  The new MBUX (Mercedes-Benz User Experience) system comes standard and is designed to allow for hands-free controls.  The voice control can be activated by saying “Hey Mercedes” and the software is advertised as being learning-capable. I just didn’t use the MBUX system enough to understand everything that it can do, so I guess you’ll just have to buy it (or ask for an extended demo drive – like three weeks!) to experience it completely.

What I did experience in the new GLB was a more user-friendly system; I’d liken it to a car geared to an American driver.  German cars tend to handle beautifully on the road; that’s a given.  But Teutonic infotainment systems can be difficult to learn, especially if you only have a few days to experience the vehicle.  The GLB felt familiar from the moment I sat behind the wheel. It felt American, which I took to be a good thing.  I never had to crack open the owner’s manual even once.

The 2021 Mercedes GLB is probably best suited for that small, growing family that needs a fairly roomy second row and wants a third row but doesn’t really need it on a regular basis.  It’s a comfortable drive, looks great and has that special cachet of being a Benz.  You’ll like it – and the neighbors will be jealous.  What more could you want?