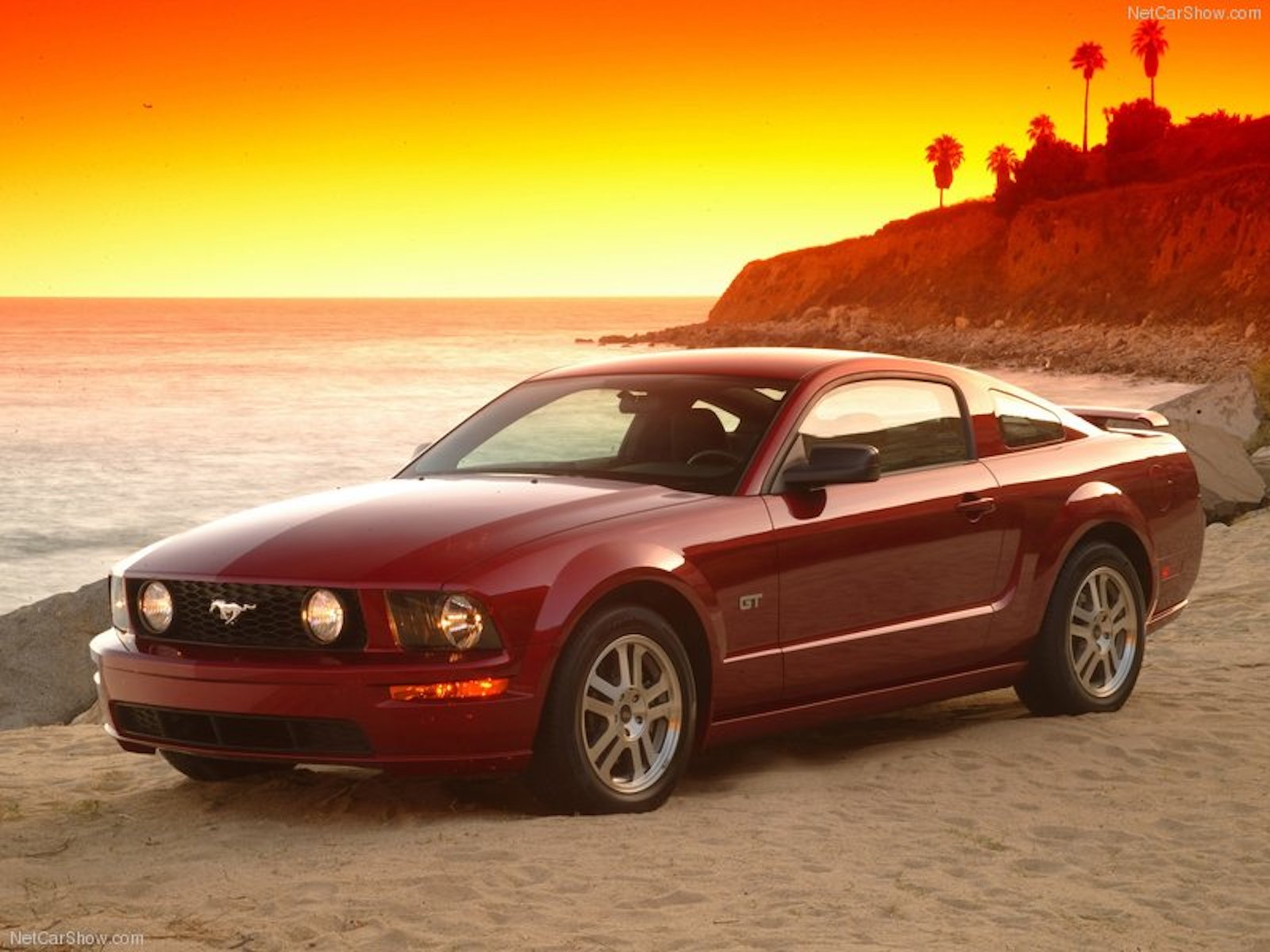 MUSTANGS I HAVE LOVED: NUMBER SIX

We’re pleased to have Terry Box making a regular contribution to the content of txGarage. Covering the automotive beat at the Dallas Morning News for 25 years, Terry supplied both industry news and the industrial magic that is the automotive industry. His business reports were beautifully constructed, while his new car and truck reviews were highly anticipated. And with all of his success and recognition, he remains a damn nice guy…on most days.

Life inside my growling, cammy Mach 1 Mustang so soaked me in retro that even the god-awful ’59 Chevy started to look good – and that’s pretty extreme.  Even worse, I once asked a woman friend if black-and-white oxfords could still be bought somewhere.

Clearly, I needed lots of therapy before I lapsed into a full-Elvis – and then the 2005 Mustang came rolling down the street, probably the purest, best conceived retro-car ever.  I knew it was going to get wetter.

As you may recall, the 2005 Mustang was all new, with a much stiffer platform borrowed from the Lincoln LS and Jaguar S-Type – minus the costly independent rear axle. And it even resembled the original mid-60s Mustang – after the car had spent maybe a year at Zuma Beach.

I didn’t know much about the car’s new 4.6-liter, three-valve per cylinder V-8, but it had 300 horsepower and could do the 0-to-60 sprint in a very quick 5.1 seconds, according to the magazines.

I had to say good-bye to the Mach 1 – a decision I still kind of regret, like several-hundred others. (What was I thinking, incidentally, when I got hooked up with a tiny blonde who could drink tequila out of a 16-ounce iced-tea glass?)

But my new wine-colored Mustang was clearly better technically than any of the previous Fox-bodied ‘Stangs I owned, though a bit Detroit-sophisticated for a ponycar.

Like most of Ford’s early overhead-cam cars, its engine was sort of soft down low – does this sound familiar? – finally coming on strong at a lofty 4,000 rpm. That was a common malady back then with overhead-cam, multi-valve engines, but I thought I had a good greaser solution — a cold-air kit with a large, hot-rod cone-shaped air-cleaner and Flowmaster exhaust system.

However, I didn’t need to do much with the suspension – even though Ford had left the stagecoach-era solid rear axle in back. Tighter struts and shocks gave my $26,000 Mustang a nimble, firm feel despite its weight growing to a little more than 3,500 pounds.

It also looked pretty darn good with its polished five-spoke 17-inch wheels and 235/55 Pirellis. Moreover, the old clumsy Fox-body bounce and hatchback rattle were gone. In fact, the ’05 was the most polished Mustang I had owned – for better or worse.

Granted, if I wanted to make a hasty departure, I had to poke the throttle really hard, and the car’s smooth engine kind of muted its acceleration. As I discovered, it was one of those odd vehicles that didn’t feel as fast as it was. But I appreciated its more precise steering, better handling and improved ride.

So, what was not to like? After about a year, I missed the growl and rough muscle of the Mach 1. Plus, even with noisy Flowmaster chambers on the exhaust the ’05 just didn’t have a lot of bare-knuckle, Mustang personality.

As shallow as it sounds now, I needed more.