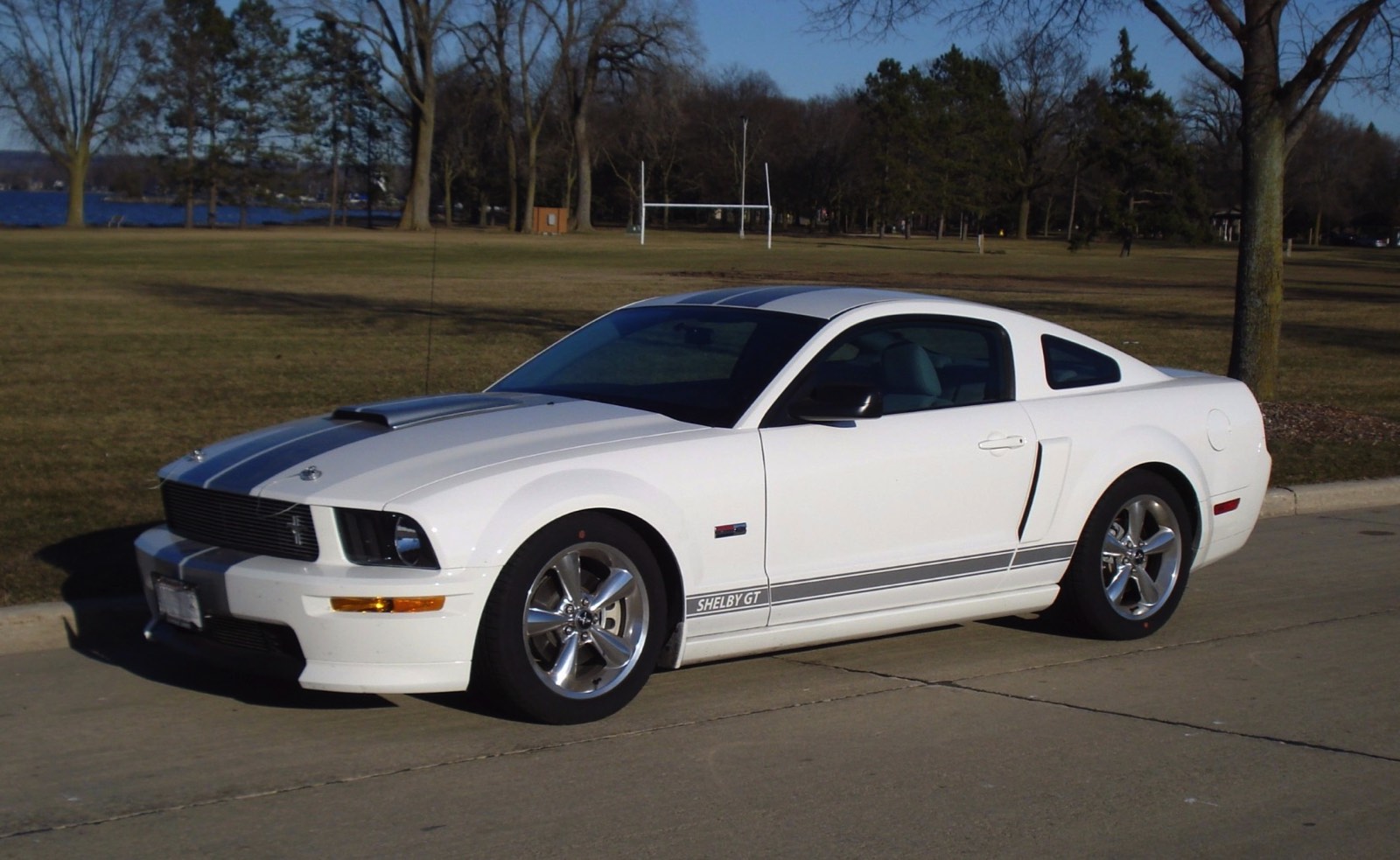 MUSTANGS I HAVE LOVED: NUMBER SEVEN

We’re pleased to have Terry Box making a regular contribution to the content of txGarage. Covering the automotive beat at the Dallas Morning News for 25 years, Terry supplied both industry news and the industrial magic that is the automotive industry. His business reports were beautifully constructed, while his new car and truck reviews were highly anticipated. And with all of his success and recognition, he remains a damn nice guy…on most days.

As much as I liked the style and polished steel of my 2005 Mustang, I came to crave something with a few scars and battered knuckles – a real streetfighter.

Don’t ask me why. Every time I’ve bought a new Mustang, I began looking for a model with more fire and venom exactly two years later.  At least I’m consistent. And Ford generally obliged me. By 2007, I was already in a lather over the Mustang Shelby GT – a good news-bad news affair.

Hey, it was a Shelby and that’s what mattered most to me. I couldn’t squeeze out the 45 large it would have taken to purchase a more powerful Shelby GT 500, so the GT was as close as I could get to one of old Shel’s special cars.

Ford and Shelby had agreed to build 6,000 of the GTs, which were only available in black or white with silver center and side stripes. (I hated side stripes, but, hey, it was a Shelby.)

The cars were shipped from Ford’s factory to Shelby Automobiles, where they were lowered 1.5 inches, got a cold-air induction system, an X-pipe and performance mufflers, new struts and shocks and stiffer anti-roll bars. That was plenty exotic for a gearhead/newspaper hick in Richardson, Texas.

I bought a white one and had my dealer remove the lower side stripes. With polished 18-inch wheels, 3.55 gears and 319 horsepower (19 more than stock), it was easily the most bad-ass Mustang I had ever owned.

And did I mention it was a Shelby?

The car, my seventh Mustang, didn’t muster much more speed than a stock Mustang GT (it could hit 60 in about 5 seconds with its 4.6-liter V-8). But it growled and thundered and slung itself into corners with a vengeance.

A nifty white ball atop the notchy five-speed shifter propelled me daily back to my high-school days in the late ‘60s, when I could recklessly ski on a boat paddle.

Of course, the Mustang rode like an empty concrete truck, bouncing and bounding over every bump in the road. But it was the hot rod I wanted with every sometimes-maddening quirk that modified cars have.

When I stood on the Shelby, it would spin its 235/50 tires and briefly wag its tail, startling many of my neighbors, who already suspected that I was a communist because I worked at Dallas’ big city newspaper.

I cursed that harsh Shelby every day that I made the 18-mile slog downtown, smiling more often than cursing, though, when I ripped through a tight exit ramp.

The ‘Stang reminded me a lot of the high-maintenance women I had dated. They didn’t last long – one of them actually bit me on my forehead once – but I sure enjoyed the ride.

UNIVERSE OF SMALL PICKUPS IS EVER-EXPANDING
Getting On My High Horse – MUSTANGS I HAVE LOVED: NUMBER EIGHT
Event Calendar