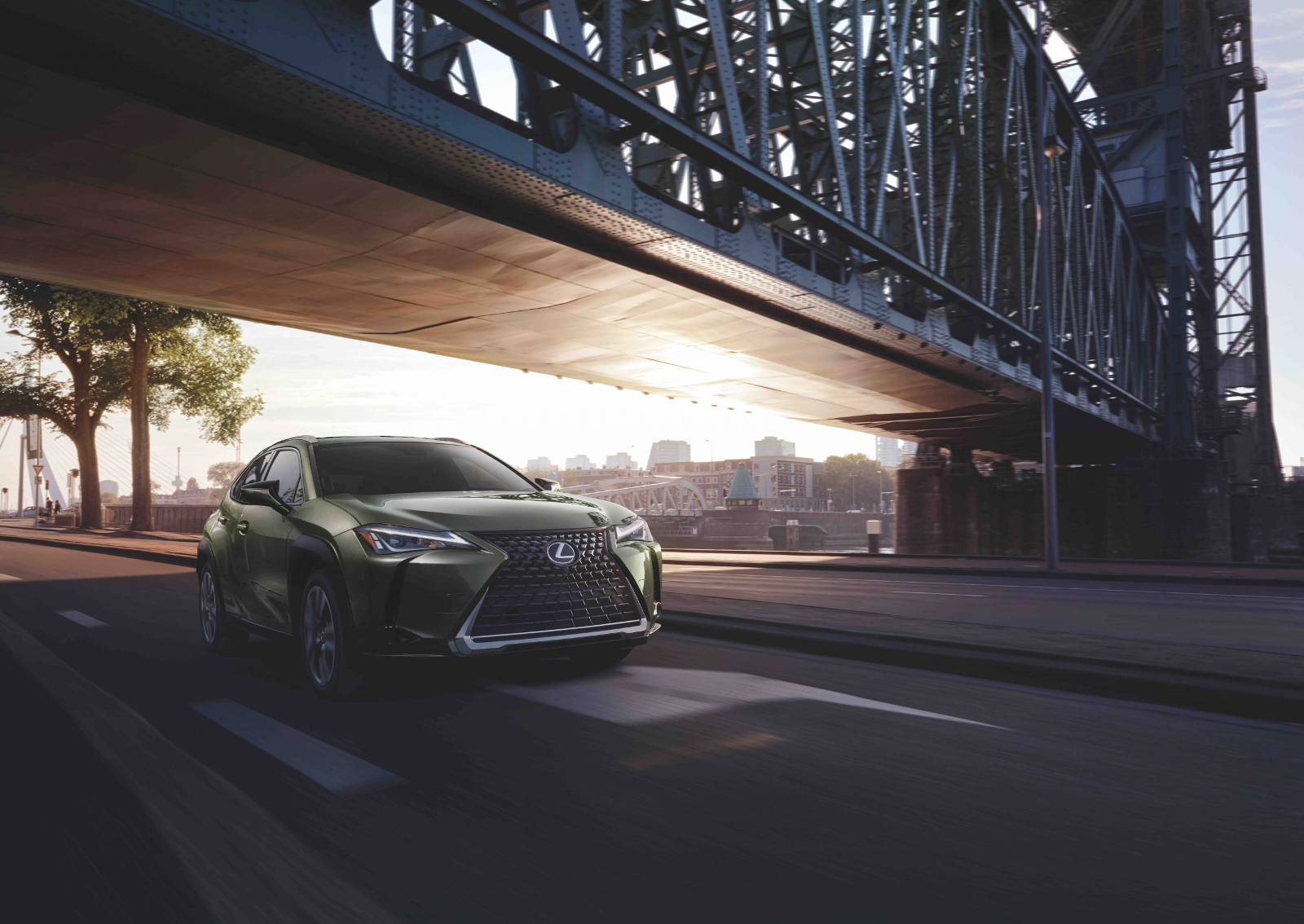 My introduction to the Lexus UX250h was a few years ago, at the Texas Truck Rodeo. That’s ‘truck’, as – you know – trucks. For most of its almost 30-year history the Rodeo, organized and promoted by the Texas Auto Writers Association, has incorporated truck-based SUVs and car-based crossovers into its competition, but the smallest Lexus looked to be an outlier. Small isn’t a disqualifier, of course, but with almost no ground clearance, I couldn’t be sure what this compact hatch was intended to cross, save – of course – the neighborhood shopping center. But the Lexus team entered it, the TAWA board accepted the check, and those TAWA members judged it in its category. (And worth noting: TAWA’s Truck Rodeo has a lot of categories.)

If you’ve not been paying attention, Lexus has occupied this compact hybrid space for some time, beginning with its CT 200h, a Lexified variant of Toyota’s Prius, and – more recently – the UX 250h. Despite the disconnect between its intended mission as an efficient compact crossover and its reality, you’ll spot from the git-go its crossover bonafides: painted cladding around its wheel wells. There’s no raised ride height, such as incorporated into Subaru’s Crosstrek. And there’s no faux skid plate (or similar affectation) behind the front fascia. In short, this is a crossover in name only, and if the marketing gods were better aligned with reality we’d call the Lexus a near-luxury hatch – or, perhaps, the DUH (DiminUtive Hatchback).

But enough about the category; let’s talk about the car. In the walkup you’ll note the sheetmetal’s mash-up of angularity. The same could be said for several other recent offerings, Lamborghini’s Urus among them. Although the design isn’t as cohesive as I’d have hoped, neither is it slap-you-in-the-face offensive. The company’s twin-spindle grille was penned before these front fascias became overwhelming in their size and proportion, and although – in profile – the UX’s wedge looks to be a bit of a doorstop, it doesn’t take that proportion to an extreme. And while I don’t believe the UX shape is particularly color sensitive, our test vehicle’s metallic blue (Grecian Water – really) seemed almost artful.

Inside, the Luxury trim provided a perforated Birch NuLuxe seating surface, which was nicely accented by a Lapis washi dash accent. All’s good ergonomically, until one gets to the infotainment controls, which are – in this admittedly dated view – absolutely daft. The audio’s volume and tuning control are on the driver’s armrest, while band selection is done via the touchpad on that same armrest. Sure, with ownership you’ll get used to it, but why have we devolved from one-touch actuation? Jesus.

Behind the wheel, Lexus gives you three driving modes: Normal, Sport and Eco. Normal is ‘normal’ enough, while Sport does nothing to inspire; better, I think, to spring for the company’s IS 350 if sporting performance is your priority. Of course, with just 181 total horsepower from the UX’s 2.0 liter four and hybrid drivetrain, don’t come at this with any sort of high expectation. To paraphrase Popeye, it is what it is and it’s all that it is. Period.

Beyond the tepid acceleration are steering, braking and cornering that are, at best, benign. Given its footprint, this is a handy urban runabout, if – of course – you prefer walking about to running about.

And that provides a moment to consider the price of admission. The base UX 200, without hybrid assist, can be had for just $35K. And while that’s a lot of money, it’s accessible in a way that our UX 250h Luxury – at $43K – is not. And while the hybrid will tick off an EPA estimate of 41 City/38 Hwy and 39 Combined, the UX 200 is no slouch at the gas pump; with its 2.0 liter four and 169 horsepower, you’ll get 29 City/37 Highway and 32 Combined. When comparing the combined estimates over 12,000 miles of driving, the hybrid will consume just over 300 gallons, while the UX 200 will burn 375 gallons. At $4/gallon, that’s an increase of just $300 annually; it will take seven years to break even after paying the hybrid’s $2K bump in base window sticker.

If it was my money, I’d be buying the NX 250, which serves as the brand’s compact crossover hybrid – and represents a more credible attempt at fielding a compact crossover. Or I’d consider the Mazda3 Turbo with all-wheel drive; it won’t be as efficient, but surpasses the Lexus in virtually every other area, including design, interior appointments and refinement. Or look at Toyota’s Venza hybrid, a far more refined and substantive take on 40 miles per gallon.